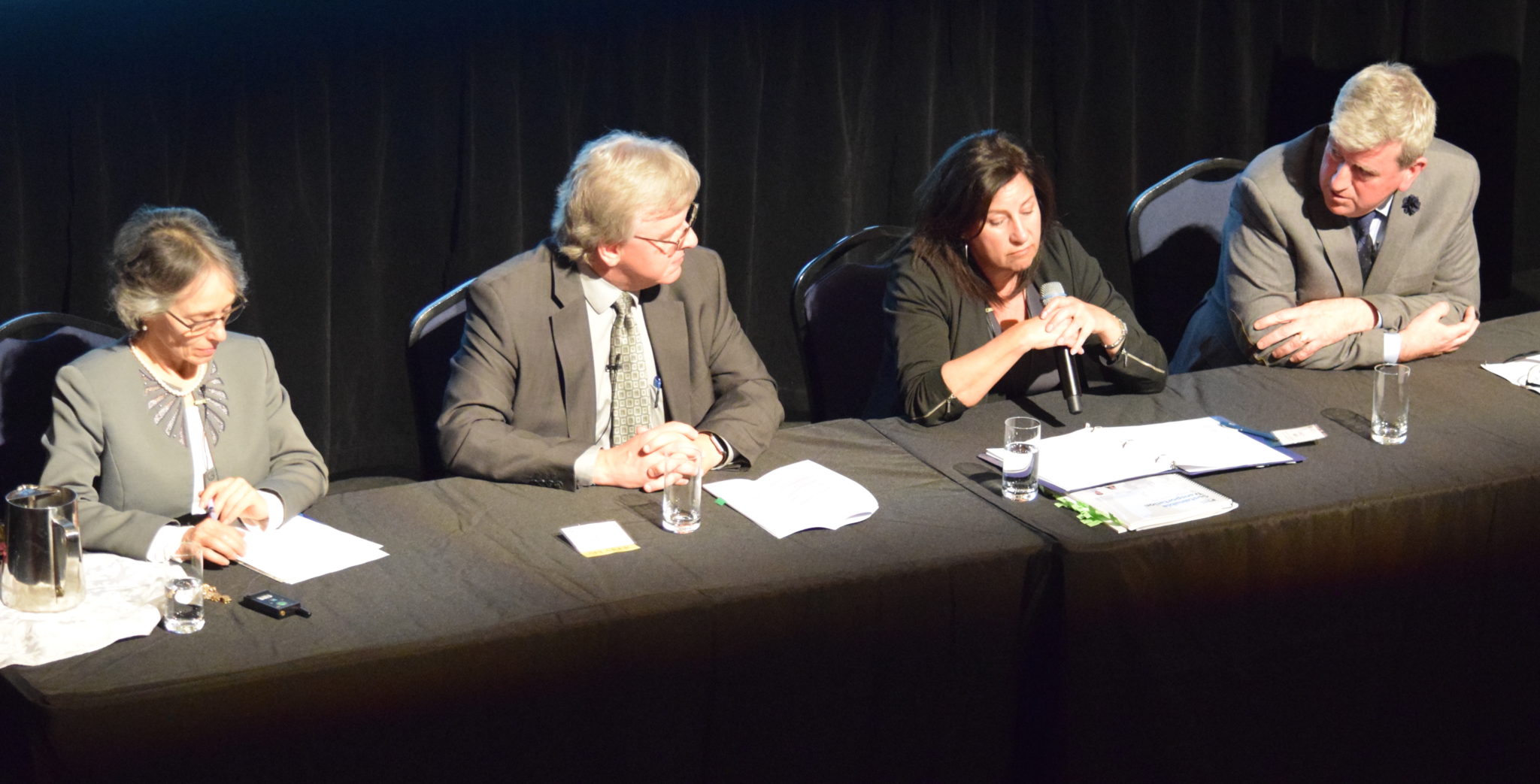 How do you solve the transportation emissions issue plaguing the Greater Toronto Area? That was the question at the top of the minds of the panellists invited to discuss the future of clean transportation.

Hosted by Partners in Project Green (PPG), a community brought together by the Greater Toronto Airport Authority (GTAA) and the Toronto Region Conservation Authority (TRCA) to develop the Pearson Eco-Business Zone into, among other things, an eco-friendly business climate.

Ten years into its work, the group has come together on multiple initiatives within the economic zone, Canada’s second largest, to build a better environment for the businesses calling it home. That has included efforts to improve energy efficiency, significantly reduce the amount of non-recycled waste, and install electric vehicle infrastructure.

But as local and regional operations like the GTAA and Region of Peel release their long-term transportation plans, there was an opportunity to discuss what needs to be done in order to reduce the emissions that these plans will create in the Pearson Zone.

With a strong manufacturing presence, and Canada’s largest international airport both part of the Pearson Zone, freight emissions are a significant concern that has yet to be addressed with a viable solution.

The subject was one of the primary forces behind the panel discussion on the future of clean transportation at the PPG event. Environmental Commissioner of Ontario Dianne Saxe, the moderator for the discussion, emphasized that freight emissions is our biggest challenge in reducing GHG emissions. Transportation, she noted, is the biggest source of GHG emissions in Ontario right now, and that solving the freight issue needs to come through technology and innovation.

But Glen Murray, executive director of the Pembina Institute, noted that there are some practical solutions that can help address the issue, especially in the short-term as new innovations are developed. The ‘low-hanging fruit’ includes things like maximizing the capacity of the trucks sent out on the road, re-designing truck beds to allow for different types of goods movement within the same vehicle, as well as the re-localization of the some of the products produced locally. Those initiatives can help to reduce emissions now, while advancements in fuel switching and vehicle electrification progress.

Planning is a difference-maker

The technology behind reducing emissions in freight operations is not an issue that can be solved by GTAA or Region of Peel staff, but there is significant work that they can do to reduce transportation emissions in the region. And it all starts with planning.

The Region of Peel has released its long-term transportation, a plan that addresses regional needs through to 2041. As Janette Smith, public works commissioner for the Region of Peel described, despite expected population growth of 500,000 residents over the lifespan of the plan, the hope is that an integrated transportation plan is to have 50 per cent of all residents trips to be made by sustainable transportation. To do so will mean establishing better connections within its current transit network and potentially increasing the use of HOV lanes and adding more carpool lots to encourage carpooling to name a few.

And the GTAA’s proposed Regional Transportation Centre (RTC) will only help to achieve those goals. Pat Neville, who is the vice president of airport planning and technical services for the GTAA, stated that less than 10 per cent of outbound travellers currently access the airport via transit. The establishment of the RTC, one that connects to local, regional, and provincial transit networks, would make accessing the airport via transit much easier, and in turn, significantly reduce personal vehicle emissions in the Pearson Zone.

But more can be done, according to Murray, to improve transportation emissions in the Toronto area, and it starts with further integration of all forms of transportation.

“We still don’t integrate highways into other forms of transportation, but the building blocks are there,” said Murray. “So how do you do it? You simply start with, I think, a set of data and metrics where you start to evaluate these things comprehensively. And there are a number of systems in the world that are available to do that. Adopting them more widely here, and integrating metrics of transportation and land use together would make more sense.”

To learn more about Partners for Project Green, visit: https://www.partnersinprojectgreen.com/