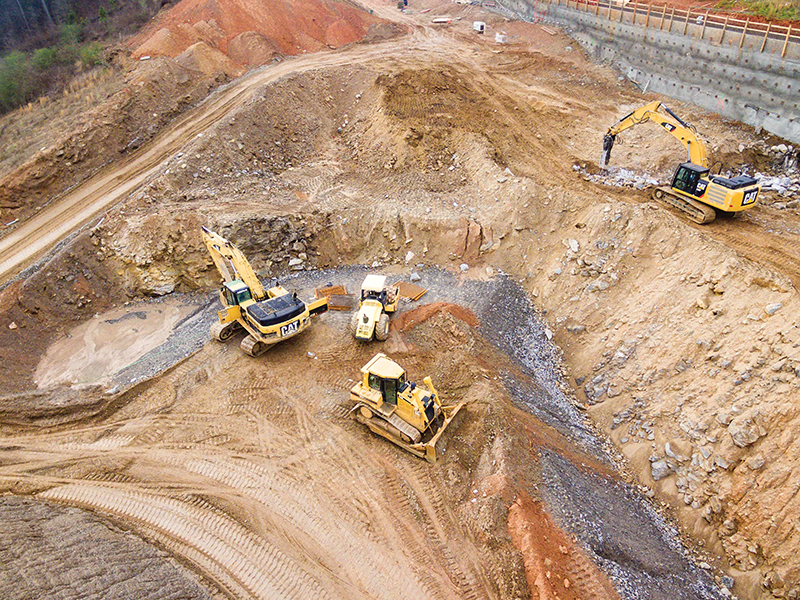 Finally. It’s time to look at recovery. And as the whole of the Canadian economy looks to rebuild from the massive hit delivered by COVID-19, there is no better time than today to look North.

After a brutal start to 2020, the conversation is shifting beyond getting through the day-to-day to how we can get our people and industries moving again.

And as we get moving toward a new sense of normal, there are three key areas to focus our attention on if we plan to fast track the recovery:

To step back a bit, one of the last points of normalcy for Enterprise Canada, the national strategic communications firm that I lead, was on March 2. And it seems like an eternity ago.

The pandemic was on the horizon, but not yet impacting life as we knew it in  North America.

The Prospectors and Developers Association of Canada’s 2020 conference was in full swing. The Prime Minister stopped by. The Ontario government announced progress on an access road to the Ring of Fire in partnership with Marten Falls and Webequie. And we made an announcement with Matawa First Nations.

The nine member communities—including Marten Falls and Webequie—with their Chiefs and Councils had agreed to pursue and direct major community infrastructure projects on their lands, preparing themselves to be active partners and leaders in the massive economic opportunity headed for northern Ontario in the coming decades.

We at Enterprise, along with PCL Constructors, Ontario Power Generation, and EPCOR Utilities, had the privilege of taking part as the “major Canadian companies” noted at the time.

Then COVID-19 put the world on pause.

I am often asked what a strategic communications firm is doing in the infrastructure space. It’s a fair question. To put it simply, communications at its core is about relationships. It’s about building trust and understanding people—their wants and wishes, their concerns, and addressing those emotional drivers to create solutions.

Over the last number of years, I have watched project planning across the country ramp up only to stall or fizzle out completely after opposition from local communities over the intended use of their traditional lands.

Many companies have not adapted their approach to understand the concerns and nuances of working with Indigenous Peoples. They do not have the relationships at the local-level, and in many cases, their approaches have been transactional without the meaningful partnership required to bring the community along with the success of the project.

On the other hand, many First Nations and other Indigenous communities are looking to address long-standing community issues through development, but don’t have a clear “in” with the corporations that could deliver help.

That’s where Enterprise comes in. By using our relationships with Indigenous communities and leaders, corporate Canada and government of all levels, we are in a prime position to bring people together. We identify like-minded partnerships that can see projects come to fruition, successfully.

Indigenous owned and led projects that bring direct benefits to local communities. That is the guiding philosophy of our development practice. Indeed, it is the future of Canada’s infrastructure and resource development sector.

And so, throughout the lock-down, our work continued.

From Toronto, Winnipeg, Edmonton, and Vancouver, from Thunder Bay and far beyond across the North, Enterprise continued to facilitate the project planning with each of our alliance partners and the leadership of various Indigenous communities. Getting shovel ready from living rooms and home offices with a model that we refer to as a “PPCP”—a public-private-community partnership for people-focused, sustainable development.

As early as April, word was swirling that federal cabinet ministers not directly involved COVID-19 response had been called to address post-recovery stimulus. From the Diefenbaker era of Roads to Resources to Pearson’s Building our North, it’s no secret that the quick spurring of infrastructure spending has been a tried and trusted recovery measure in times of economic strife.

While so much of this current crisis is new and uncharted, that much is still true.

And while the root cause of this economic disaster is different, the best national case study for recovery continues to be Canada’s actions following the Great Recession of 2008.

Then-Prime Minister Stephen Harper announced the Economic Action Plan, a $61 billion package of federal stimulus and provincial spending—a small amount relative to what we expect to see for post-COVID recovery. That Plan outlined five focus areas to spur Canada back to fiscal health.

This included measures to strengthen the financial system and to stimulate spending among the Canadian public to address the needs of that situation, as well as short-term support for businesses and communities. More than $7 billion was committed to stimulate housing construction with a massive influx of infrastructure funding to the tune of $12 billion.

That infrastructure bill covered construction and repair to roads, bridges and harbours and increased broadband infrastructure nationally. Basic, foundational infrastructure development that could be conducted quickly to spur the economy and put money back into the pockets of Canadians and the financial system as a whole.

While much can be done in fixing potholes, mending bridges, improving highway networks, even building out transit systems down south, the development opportunity across northern Canada holds a mass of opportunity for infrastructure—and the jobs across the nation that come with it.

Here in 2020, there are roads, homes, schools, electricity, hospitals—the very basics of the foundation for whole communities—that have been waiting for decades for shovels to hit the ground. There are more than 60 communities across Canada under long-term boil-water advisories that could benefit from water utility infrastructure. This development won’t just make lives better. It can save them.

Even the excitement around the Ring of Fire cannot become reality without the necessary investment in not just roads, but mining camps, electricity transmission, water and waste-water facilities and operational needs for a regional population that’s predicted by some to boom to the size of a city. And before all of that, it will need local partnerships.

Many of the major infrastructure opportunities left in our country are in or around Indigenous communities, far in northern Canada. Not only that, there’s a lot more to come.

Guggenheim Partners have projected that more than USD$1 trillion in infrastructure is headed to the Arctic region by 2040 as warmer waters and receding ice coverage open up a Northern sea route for global trade. That’s roads, rails, ports, electricity infrastructure, and community building.

As we navigate this recovery and move back to a period of prosperity, any Canadian company that hopes to take part in this Northern Boom without meaningful and real Indigenous partnerships can attempt to try at the expense of their own balance sheet.

It’s no small feat, to be sure. The massive scope of these projects will need the leadership of the communities on the ground, and the strategic, technical planning and expertise of the kinds of private-sector companies that can get it done—not as owners, but as partners.

In a time when we, as a country, need to move money on a scale larger than ever before, we owe it to Indigenous communities across Canada to meaningfully share in the rebuild, for the benefit of all of us. The whole of the Canadian economy will be lucky for their partnership.

Barbara Fox is the chief executive officer of Enterprise.