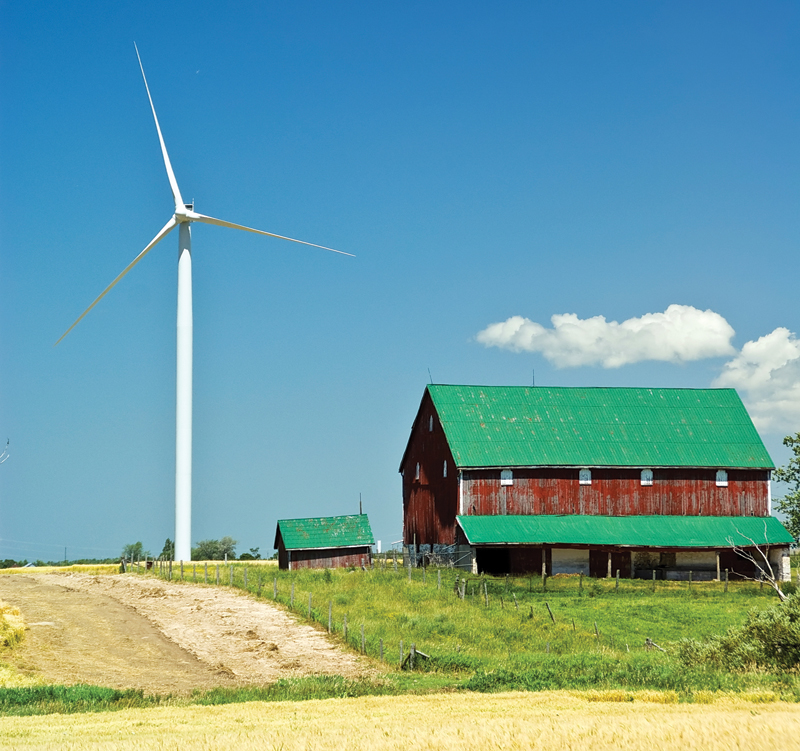 In December 2012, a World Trade Organization (WTO) Panel ruled that Ontario’s Renewable Energy Feed-in Tariff (FIT) Program violated Canada’s WTO obligations. In February, all three disputing parties—Canada, the European Union (EU) and Japan—appealed the ruling. Due to the high level of public interest, the normally confidential hearing was opened to the public. A decision is expected by May 6.

The appeal will provided helpful clarification on the use of domestic content requirements by the WTO’s 158 Members.

Green energy is a good thing

The WTO ruling did not question the legitimacy of Ontario’s objectives of reducing carbon emissions and promoting the generation of electricity from renewable energy sources.  It focused on the trade-distortive element of the challenged FIT program, the minimum required domestic content level (MRDCL).

Drawing the line on exempted procurement

A key issue in the appeal is the scope of the government procurement exception in Article III:8(a) of the General Agreement on Tariffs and Trade, 1994 (GATT 1994). This exception removes certain procurement activities from the prohibitions against domestic content requirements in Article III:4 of the GATT 1994 and, under the Panel’s interpretation, in Article 2.1 of the Agreement on Trade-Related Investment Measures (TRIMs Agreement).

Although the Agreement on Government Procurement (AGP) also prohibits domestic content requirements that apply to government procurement, many procurement activities (e.g., sub-federal procurement) are excluded from that Agreement.

Thus, whether or not Article III:8(a) applies and, therefore, whether or not the prohibitions in the GATT 1994 and the TRIMs Agreement apply, is an important systemic question.

The WTO Panel found that the MRDCL violated the prohibitions against domestic content requirements in Article III:4 of the GATT 1994 and Article 2.1 of the TRIMs Agreement.

The Panel rejected Canada’s position that the exception in Article III:8(a) applied. To qualify for the exception, the product at issue cannot be purchased “with a view to commercial resale or with a view to use in the production of goods for commercial sale.” The Panel found that this condition was not met because a profit is earned and resale is made in competition with licensed electricity retailers.

The appeals of the EU and Japan focus on their unsuccessful arguments before the Panel that the exception should not have applied for other reasons. The EU unsuccessfully argued that the MRDCL requirements did not govern the alleged procurement of electricity because they were imposed on products—certain renewable energy generation equipment. These were different from the product procured: electricity. Japan unsuccessfully argued that the measure did not involve “procurement by government agencies of products purchased” because, in its view, this requires that Ontario use, consume, or benefit from the products.

The Appellate Body’s decision on these arguments will clarify the scope of this important exception.

There may be a Trojan horse lurking in the background of this appeal. The prohibition against subsidies that are tied to domestic content requirements is not subject to the limitations in the GATT 1994, the TRIMs Agreement and the AGP. However, it is very difficult to establish the existence of such a subsidy in the context of government procurement.

The majority of the WTO Panel found that Japan and the EU had failed to establish that the FIT Program conferred “subsidies” within the meaning of the Agreement on Subsidies and Countervailing Measures because it was not established that a “benefit” was conferred. Only one member of the Panel dissented on this ruling.

The test applied for the existence of a “benefit” is whether the government purchase at issue was made for “more than adequate remuneration.”  Were the prices granted under the FIT Program more than adequate? The answer turns on the appropriate market benchmark against which the remuneration is measured. The majority rejected all of the benchmarks that were presented because there was significant government intervention in the markets and, therefore, the benchmarks were not “commercial.” The majority suggested comparing the return on investment from the FIT Program against the cost of capital for similar investments in power generation, but concluded that there was insufficient evidence on the record to apply such a benchmark.

The dissenting member of the Panel agreed with the majority that the presented benchmarks were unacceptable. However, the member was of the view that the competitive wholesale market for electricity that could exist in Ontario was the appropriate focus for the analysis. On top of that, the mere act of facilitating the entry of certain technologies into the existing market, by way of a financial contribution can, itself, be seen as conferring a benefit. The dissenting member concluded that, by bringing these high cost and less efficient electricity producers into the wholesale electricity market when they would otherwise not be present, Ontario’s purchases of electricity under the FIT Program conferred a “benefit.”

To the extent that the Appellate Body clarifies the interpretation and application of market benchmarks to government procurement, it will clarify the application of this potentially wide-reaching prohibition.

Greg Tereposky is a partner at Borden Ladner Gervais LLP and the leader of firm’s WTO law practice. The views presented in this article do not necessarily reflect the views of BLG or its clients.