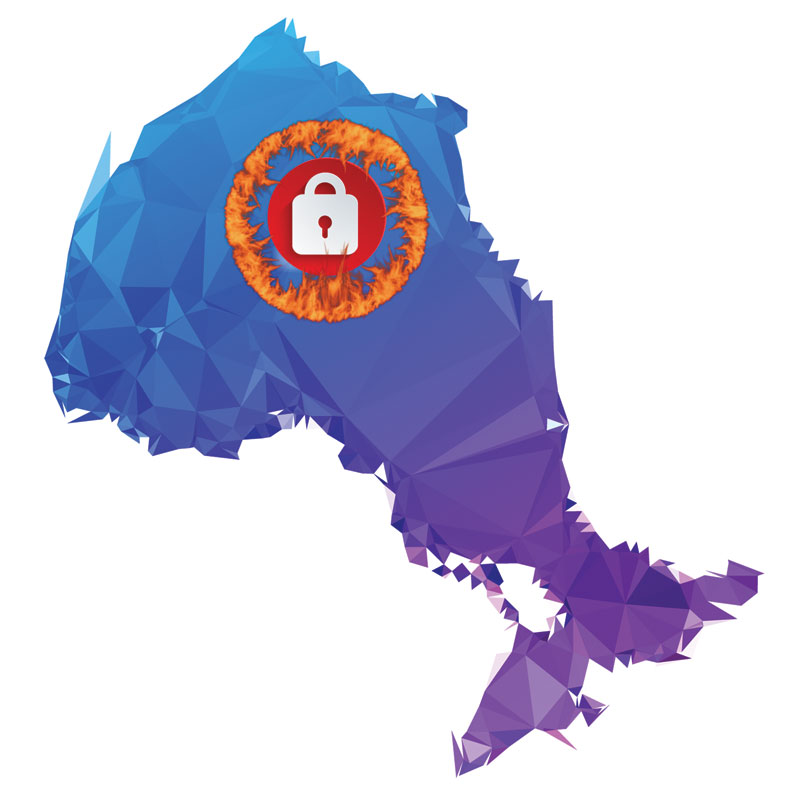 In 2007, Noront Resources Ltd. announced the discovery of a massive deposit of chromite, nickel, copper, and other minerals in the James Bay Lowlands of Northern Ontario. Since then, the Government of Ontario, First Nations, and private sector partners have been seized on the idea of how best to develop this resource—with an estimated value of between $60 billion and $100 billion—in a region lacking in the infrastructure required to get the minerals to market.

Unfortunately for the involved prospecting companies, the area First Nations, and Canada’s economy as a whole, this $100 billion figure is still unrealized potential. Operations in the Ring of Fire have been delayed due to political and economic uncertainty around how best to develop and finance the critical infrastructure required to handle the heavy workload of mining operations.

For mineral extraction to kick off in the Ring of Fire, modern transportation routes capable of handling Ontario’s tough winters and the weight of mining trucks must be built. There’s no lack of desire: The government and private-sector parties are eager to reap the economic benefits, as are many of the First Nations communities who also stand to benefit. The issue? Who should pay for it. Politicians are reluctant to put taxpayers on the hook for roads used by a select few companies while prospecting companies do not want to shoulder the burden of building transportation routes that will be exploited by their competitors. There is also uncertainty in moving forward due to a number of factors including burden of risk and a lack of clarity in terms of overall responsibility. When the impact of commodity price fluctuation is added to the equation, the question of risk burden becomes even more cumbersome.

In an attempt to spur the process of development forward and to signal a commitment to potential industry partners, the Ontario provincial government announced in their 2014 budget they will commit $1 billion to finance the required infrastructure in the Ring of Fire. “Mining and the associated job creation can’t happen without infrastructure, so we are pleased to see the province make a clear public commitment to funding a transportation corridor in the Ring of Fire,” Noront president and CEO Alan Coutts said at the time. “All-season road access, stable affordable power, and the opportunity to participate in the economic development of the region will benefit local communities, resource companies, and government.”

This commitment was originally dependent on the federal government matching their contribution. Ontario’s position has been that the Ring of Fire is to Ontario what the oilsands have been to Alberta. However, the federal minister responsible for the Federal Economic Development Initiative for Northern Ontario, Greg Rickford, said Ottawa was not in a position to hand over that money without seeing a well-constructed plan. As a result, and in an effort to place additional pressure on the federal government, Ontario stripped the contingency from their budget when it was re-tabled after this spring’s provincial election.

The late-August announcement by Ontario’s Northern Development and Mines Minister Michael Gravelle regarding the formation of a Ring of Fire Infrastructure Development Corporation was an attempt to show activity on a slow-moving file. Although an interim corporate board is now in place, the question remains: how do you finance the required infrastructure? The province does not have sufficient cash, the federal government is not at the table, and the private sector partners are subject to fluctuations in the commodities market.

An answer to the all-important finance question could lie in adapting some form of the public-private partnership (P3) model. In a successful P3 model, the sector that can best assume the risk does so. Policy risk, for example, is best assumed by the government partner. The financial risk is best assumed by the private-sector partner. Through collaborative efforts drawing on the efficiencies found in both the public and private sectors, the P3 model has been able to develop innovative solutions, including design, planning, and long-term maintenance, to infrastructure challenges across the country while maintaining public-sector asset ownership.

The issue of risk transfer is a critical factor for both the public and private sector when considering any infrastructure asset. This is especially true given the size and complexity of Ring of Fire project. In an analysis for the Northern Policy Institute into possible project governance options for use in the Ring of Fire, Nick Mulder, a former deputy minister of Transport Canada and currently a senior associate with Global Public Affairs, asserted that “issues such as uncertain mineral markets and prices, a growing provincial deficit and debt, as well as unresolved aboriginal demands and environmental assessments, suggest that there is good reason to transfer more of the responsibilities off the shoulders of the provincial government.”

Mulder offered his arguments as part of reasoning for the government to select a hybrid port authority governance model for the Ring of Fire. However, although the Government of Ontario has committed to an infrastructure development corporation, there are still advantages to be had in utilizing the P3 model to encourage innovative financing solutions:

Availability payments can be used to facilitate a “return on investment” for the project consortium:

The long-term nature of a P3 contract encourages the upfront consideration of a range of questions, such as those Mulder raised:

The prospect of moving forward with the Ring of Fire is both exciting and enticing. However, in order to unlock the full potential of this massive deposit, politicians, their First Nation partners, and the private sector need to think creatively about how best to finance the capital commitments required.