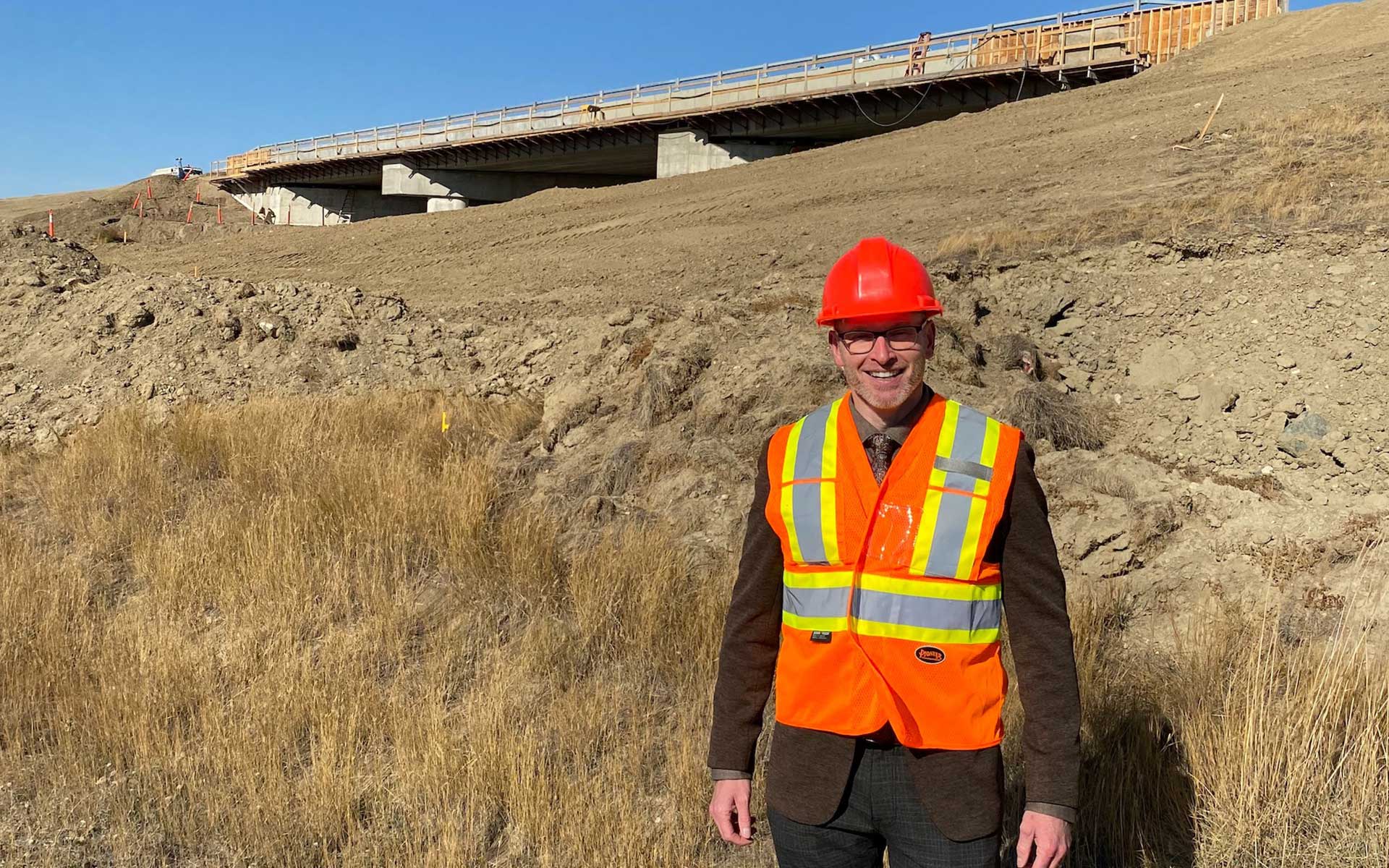 The Government of Saskatchewan announced that an $18 million bridge replacement project east of Swift Current is nearing completion. The multi-year construction project included two new overpasses, one on the westbound and one on the eastbound lanes on Highway 1 over the Canadian Pacific Railway.

“More than 4,000 vehicles use the Trans-Canada Highway east of Swift Current each and every day, making it an important transportation route, which is used regularly by commuters, the local agriculture sector, oil and gas sectors as well many transport trucks,” said Swift Current MLA Everett Hindley. “This is an important project for our region as it will extend the life of these bridges for many years to come.”

The project includes the full replacement of the existing overpass structure on the eastbound lanes and the rehabilitation of the bridge supporting the westbound lanes.  Regina-based Graham Construction is the general contractor.

The new bridges will have a life span of approximately 75 years and are replacing two older ones that were built more than 60 years ago.

Construction began in January of last year (2021) on the westbound overpass with road work in August. Construction on the eastbound began in April of this year and will be complete by the end of the month.

“We would like to thank drivers for their attention and their patience during the construction period,” Hindley said.