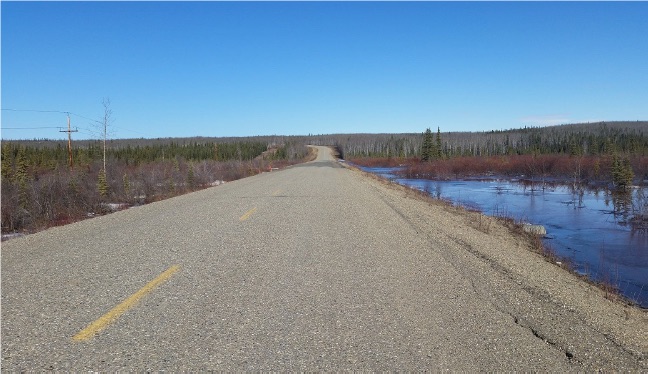 Transport Canada announced a major investment of $135 million for strategic upgrades that will be made to the Klondike Highway.

The upgrades to corridor between Whitehorse and Dawson City include:

“Transportation and distribution of goods are essential for our northern communities and for social and economic development in Canada’s Arctic,” stated Transport Minister Omar Alghabra. “By investing in much-needed transportation infrastructure in the North such as all-season roads and bridges, we are improving transportation safety and reliability for Northerners.”

National Trade Corridors Fund projects in the Arctic and North support northern transportation infrastructure such as ports, airports, all-season roads and bridges, and are enhancing safety, security, economic and social development in Canada’s three territories, the northern area of Labrador containing the Nunatsiavut region, the Nunavik region in Quebec, and the Town and Port of Churchill, in Manitoba.

“Transportation is a critical lifeline for northern communities and for economic development in Canada’s North and Arctic,” added Dan Vandal, Minister of Northern Affairs. “With this funding through the National Trade Corridors Fund to upgrade the Klondike Highway and implement innovative technologies, our government is supporting Yukon communities by building more resilient and efficient infrastructure, improving transportation safety and reliability.”