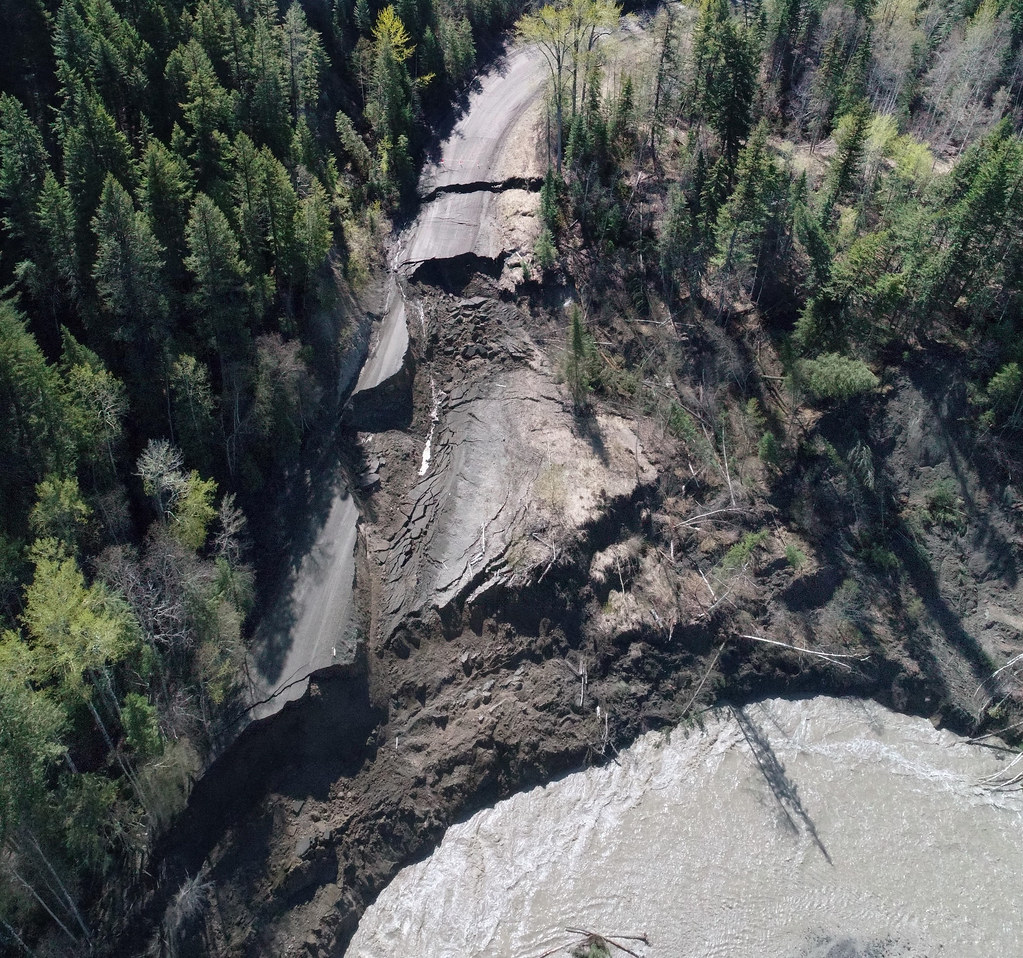 The government of British Columbia has confirmed project awards for the Quartz Creek highway project in Golden and the West Fraser Road in Quesnel.

To improve the safety, reliability, and capacity of Highway 1, construction of a new bridge crossing at Quartz Creek will soon begin, benefiting people who travel on the Trans-Canada Highway near Golden.

A $61.5-million contract has been awarded to Pennecon Heavy Civil Ltd. for the project to replace the aging two-lane bridge at Quartz Creek with a new four-lane bridge and widen 4.4 kilometres of the two-lane highway to four lanes.

“Replacing the Quartz Creek Bridge and widening this part of the Trans-Canada Highway will not only improve safety for people travelling from Glacier National Park to Golden, it will also support an important trade corridor, a strong regional economy and good local jobs,” said Catherine McKenna, federal Minister of Infrastructure and Communities. “It’s great to see this important project moving ahead.” 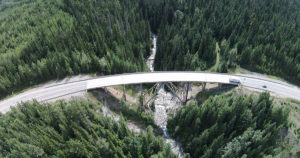 Quartz Creek crossing to be converted from two-lane to four-lane highway.

Once complete, the new bridge and widened highway will improve mobility for people using this section of Highway 1, including commercial truck drivers carrying goods. The project also includes access improvements to forest service roads in the area. Construction will begin this spring and is anticipated to be complete in late spring 2024.

Work to rebuild and realign the washed-out portion of West Fraser Road will also get underway this spring, improving the lives of people in the region by creating a safer, more reliable road and bridge.

“Since flooding washed out West Fraser Road in spring 2018, we’ve been actively working on a long-term solution,” said Rob Fleming, B.C.’s Minister of Transportation and Infrastructure. “Construction is anticipated to begin next month on a new alignment that will restore direct access to Quesnel and provide a reliable route for people who live and work in the area.”

The ministry has awarded a $37.7-million contract to Enviro-Ex Contracting Ltd. of Prince George to rebuild and realign the washed-out sections of West Fraser Road.

Along with a new two-lane bridge over Narcosli Creek, 5.6 kilometres of paved two-lane road will be constructed on a new alignment on the east side of the creek. When completed, the new West Fraser Road will bypass the active slide areas along the washed-out portions and improve the safety and efficiency of the roadway. Construction is anticipated to begin in April 2021 and finish in fall 2023.

Esdilagh First Nation has an agreement with the ministry to clear the site in preparation for major road construction. The logging works underway began in February 2021. As well, the banks of Narcosli Creek will be protected with riprap (large rocks) to prevent further damage from the coming spring freshet, and that work is underway through hired local equipment.

In April 2018, high water from the spring freshet caused Narcosli Creek to erode five sections of West Fraser Road on the west side of the Fraser River, approximately 17 kilometres south of Quesnel. The road had to be closed due to the severe damage.