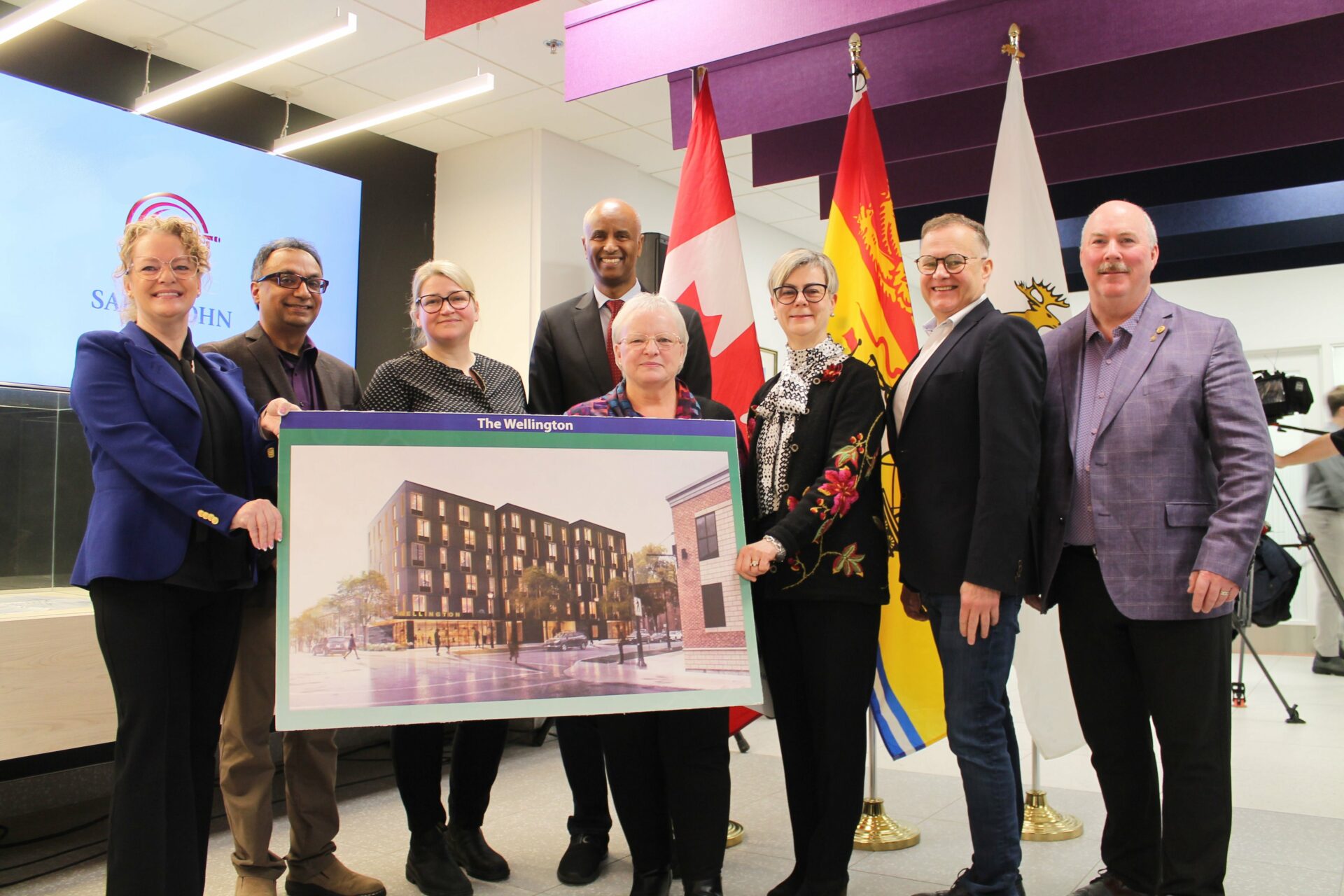 The governments of Canada and New Brunswick announced an investment of nearly $16 million in a 47-unit mixed-market housing project under construction in Saint John with municipal and non-profit sector participation.

“Housing issues are a priority for the provincial government,” said Social Development Minister Dorothy Shephard. “That is why we are pleased to support various projects and initiatives to help provide more housing options to New Brunswickers, from single individuals to families and seniors.”

The Wellington, a six-storey apartment building, is being built on Wellington Row and will be owned and operated by Saint John Non Profit Housing Inc. It will feature 24 affordable one-bedroom units geared toward working-age singles with lower incomes, including people with disabilities, and 23 two-bedroom units at market rent. Three of the one-bedroom units will be fully accessible, and the building will feature universal design in all common areas.

“Every Canadian deserves a safe and affordable place to call home,” said federal Housing and Diversity and Inclusion Minister Ahmed Hussen. “Our government is committed to delivering housing options in New Brunswick and across the country. With a mix of 24 affordable rental housing units and 23 market rental units, this innovative, sustainable project in Saint John, will cater to a diverse range of socio-economic backgrounds and foster a strong sense of community. This our government’s National Housing Strategy in action.”

The site is close to many amenities, including transit, grocery stores, community centres and health services. Part-time, on-site support will be available for those with intellectual disabilities through L’Arche Saint John. The main level of the development will include office and retail space.

The Wellington’s design also includes a focus on energy efficiency. It will be one of the first apartment complexes in Atlantic Canada constructed to the Passive House design standard, requiring relatively little energy for heating and cooling. Construction is expected to be complete in spring 2023.

Funding for this project includes:

The Affordable Rental Housing Program provides financial assistance to private entrepreneurs, private non-profit corporations (includes the off-reserve Indigenous population), and co-operatives for the construction, repair, and conversion of rental housing projects. Assistance is in the form of forgivable loans and is based upon the cost of eligible work and the number of eligible self-contained units or bed units within a project.