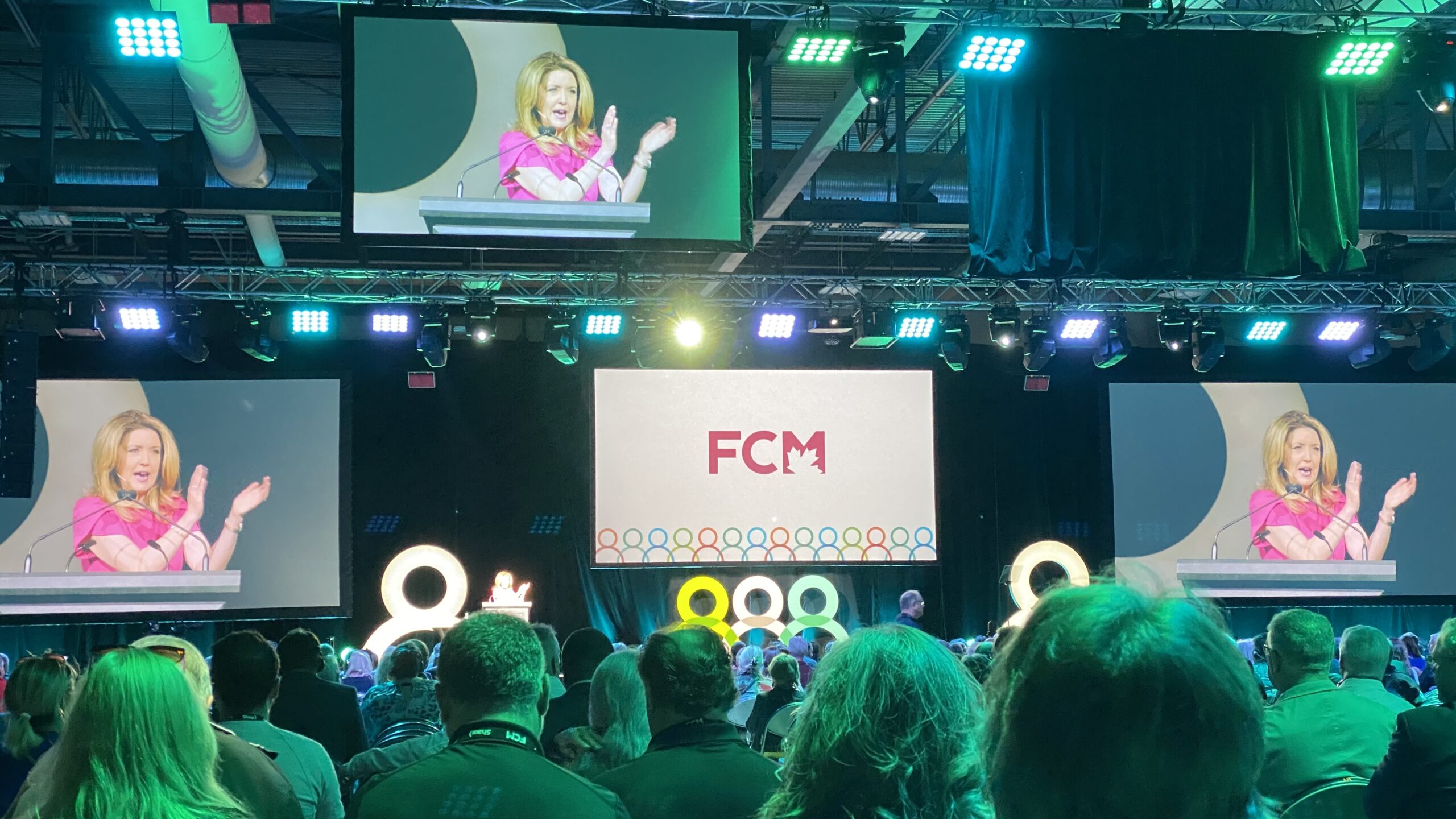 Municipal leaders from across Canada gathered for FCM’s 2022 Annual Conference and Trade Show in Regina, Saskatchewan, in a hybrid model that brought the best of previous gatherings to life—in-person and online. Mayors, councillors, and representatives from all corners of the country engaged with national party leaders, heard from noteworthy keynote speakers, and discussed policy priorities that will help local governments drive the strong and inclusive recovery Canadians deserve.

“The past two years have only emphasized how important our communities are, both to our economy and our quality of life,” said incoming FCM president Taneen Rudyk. “Building stronger, more inclusive and more resilient communities everywhere in Canada is possible, but it will require unprecedented partnership among orders of government to tackle our biggest national issues, like our country’s housing crisis. And municipalities are ready to do their part.”

Over four days, more than 2,200 participants took part in Canada’s fullest gathering of municipal leaders since 2019. Themed Together for Recovery, the conference allowed local leaders to connect with their federal counterparts by hosting Prime Minister Justin Trudeau, Minister of Intergovernmental Affairs, Infrastructure and Communities Dominic LeBlanc, Marco Mendicino, Minister of Public Safety, CPC MP and Shadow Minister for Infrastructure and Communities Andrew Scheer, and NDP Leader Jagmeet Singh in a series of keynote addresses and meetings. FCM’s conference also provided attendees the opportunity to gear up for Canada’s recovery through a trade show and numerous workshops focused on crucial municipal issues like housing affordability and rural growth—among others.

Rudyk was acclaimed as FCM’s new president. A councillor for the Town of Vegreville, AB., since 2010, Ms. Rudyk succeeds mayor of Strathroy-Caradoc, Ontario, Joanne Vanderheyden, who will now assume the role of FCM Past President. Delegates also elected FCM’s 75-seat Board of Directors and its three Vice-Presidents:

“Through unpredictable and changing times, President Vanderheyden has been an outstanding and steadfast advocate for local governments nationwide,” said Rudyk. “Under her leadership, FCM has strengthened its partnership with the federal government through important progress for municipalities at the federal level in recovery-driving fields like housing, public transit, the fight against climate change, and more. It’s an honour to continue this important work as we look to our country’s post-COVID future.”

During the annual general meeting, delegates also passed resolutions calling for national action on four issues reflecting their local community needs: modernizing the Canada Community Building Fund; addressing period poverty in Canada; implementing the calls to action from the Truth and Reconciliation Committee relating to missing children and unmarked graves and streamlining support for those fleeing the conflict in Ukraine.

“Municipal leaders that gathered in Regina will go back home eager to drive Canada’s recovery where it matters most: in our communities—where people live, work, and raise families,” said Rudyk. “We know how important our role is, and we are determined to continue working with our federal partners to get things moving as quickly as possible, from coast to coast to coast to coast.”

FCM investments to improve energy efficiency in the Maritimes