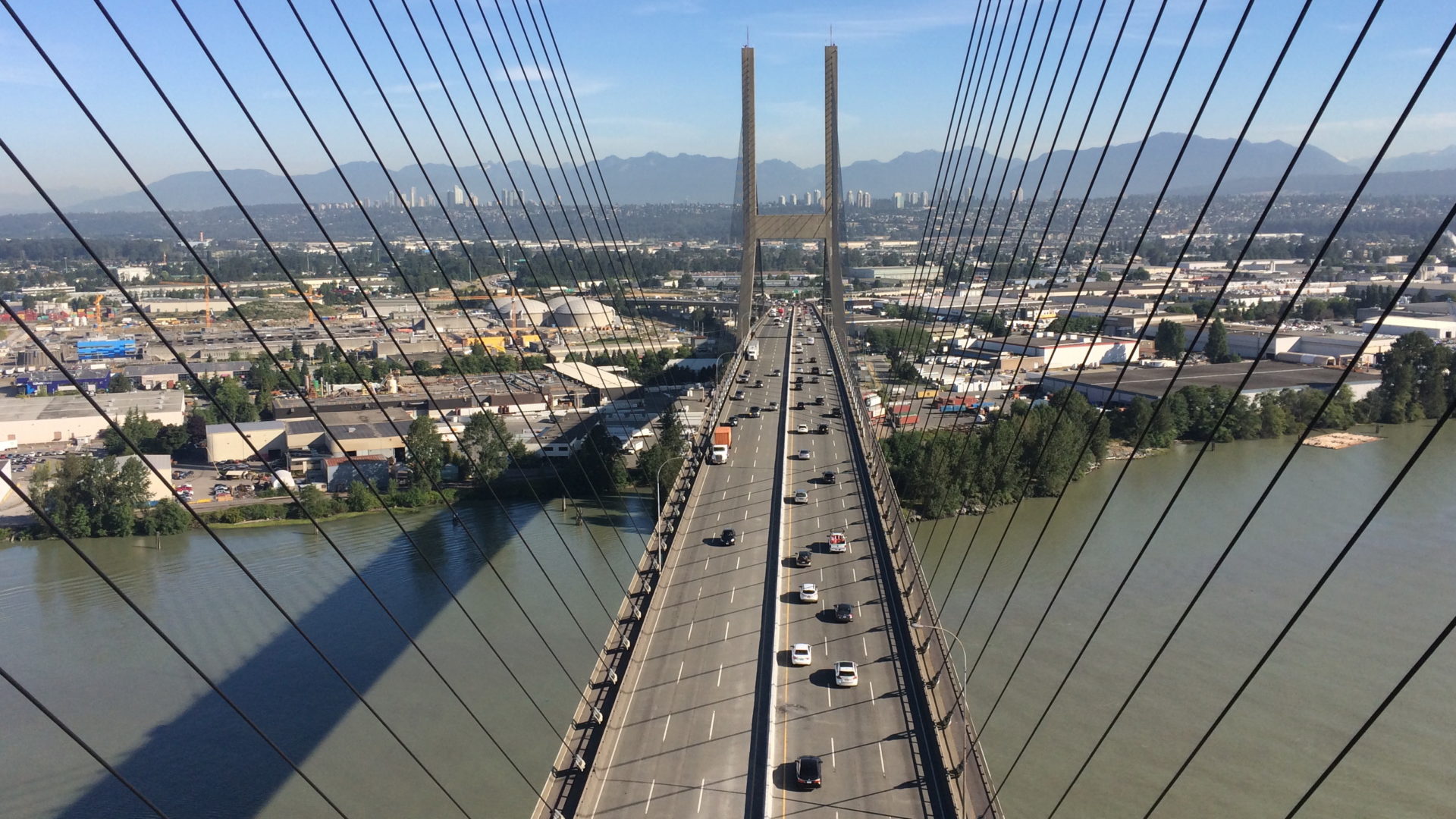 Choke points for people travelling across the Fraser River will be significantly reduced with the next round of work starting on the Alex Fraser Bridge and the completion of the new interchange at Highway 91 and 72nd Avenue.

“The improved and completed interchange at Highway 91 and 72nd Avenue will greatly improve traffic flow, while the upgrades to the Alex Fraser Bridge will result in safer, more efficient travel for drivers, cyclists and pedestrians alike,” said Carla Qualtrough, federal Minister of Public Services and Procurement and Accessibility.

The new interchange at Highway 91 and 72nd Avenue is complete, making this route more efficient for drivers, as the signalized intersection has now been removed. Clean-up work will be finished on the interchange project by the end of the month.

“The new interchange has eliminated the last signal for through-traffic on Highway 91, so people can keep moving south of the Alex Fraser Bridge,” said Claire Trevena, B.C.’s Minister of Transportation and Infrastructure. “This improvement ties nicely into the seventh lane being added to the bridge, which should help people have easier commutes.”

Next week, work will resume on the project to expand capacity on the Alex Fraser Bridge by:

“Delta appreciates the investments being made by the Province of British Columbia to relieve traffic congestion,” said Ken Kuntz, acting city manager, City of Delta. “The completion of the 72nd Street Interchange removes the last signal light on this busy highway. These improvements along with the counterflow lane system being put in place on the Alex Fraser Bridge will substantially improve traffic flow.”

Call for proposals for the National Trade Corridors Fund