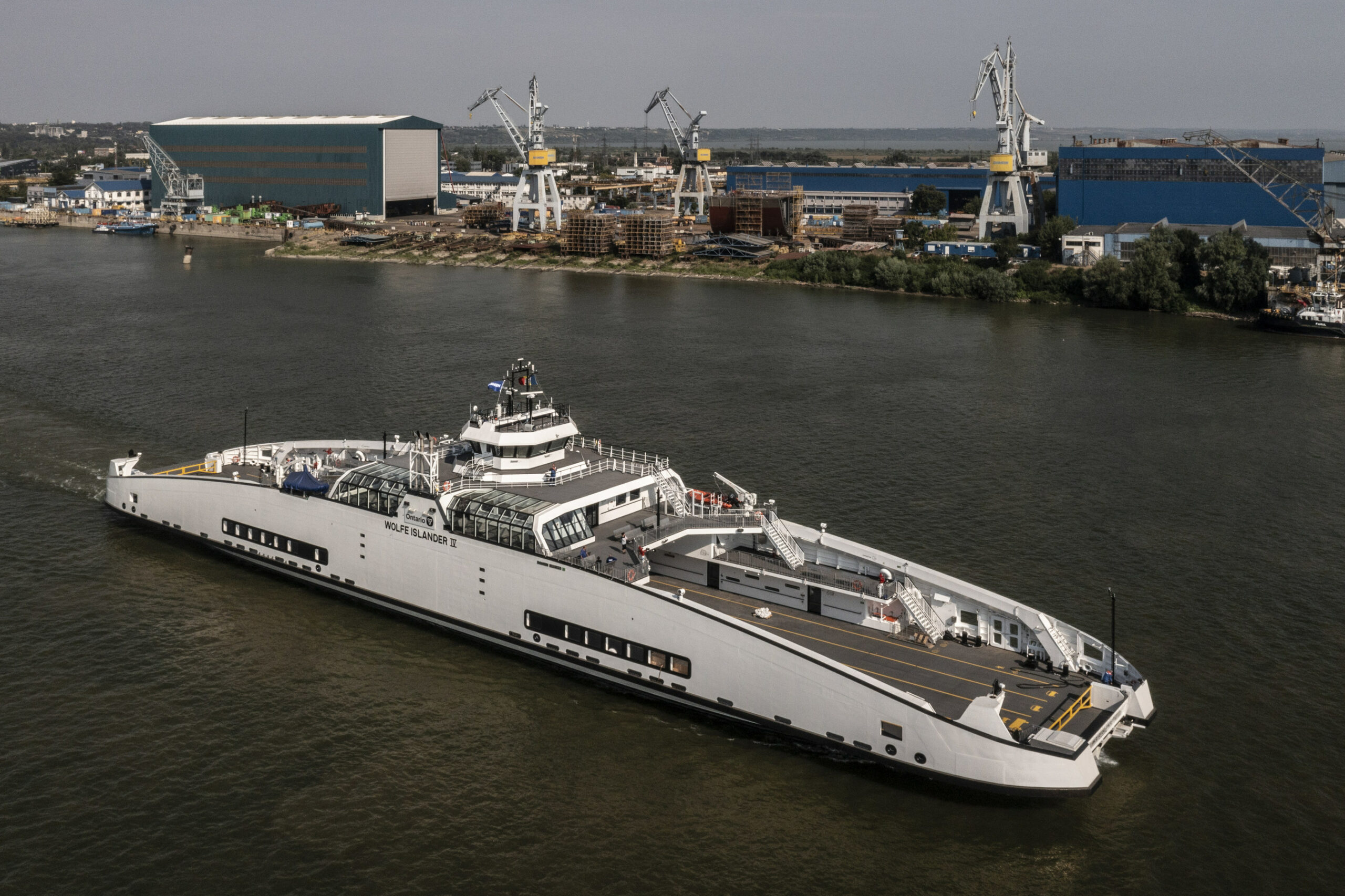 Ontario Power Generation (OPG) is helping lead the transition to transportation electrification – including two new electric ferries that recently arrived in Quebec City and are on route to Kingston.

The Amherst Islander II and the Wolfe Islander IV eFerries, built for Ontario’s Ministry of Transportation by Damen Shipyards facilities in Romania, will be the first new hybrid electric passenger and vehicle ferries in Ontario. Once terminal infrastructure is complete, they will become the first fully electric ferries, completing their trips with onboard battery propulsion, producing zero emissions.

“Ferries are an integral part of Ontario’s transportation network,” said Caroline Mulroney, Minister of Transportation. “They provide reliable service that connects communities, and helps support local economies. By electrifying the Amherst Islander II and the Wolfe Islander IV, we will be able to meet people’s transportation needs while significantly reducing greenhouse gas emissions.”

The ferries made their way across the Atlantic Ocean to Quebec City, where they are currently being offloaded and certified by Transport Canada to then sail up the St. Lawrence River to the Kingston area. They will arrive in Kingston later this fall.

“The clean electricity we produce, combined with our extensive experience with large infrastructure projects, position OPG well to assist in the transition toward decarbonization with tangible projects like electrification of these two ferries,” said OPG President and CEO Ken Hartwick. “Reducing greenhouse gas from transportation, a sector that produces about 30 per cent of Ontario’s emissions, is critical to meeting climate change goals.”

“Ontario is home to one of the cleanest grids in the world, with 93 per cent of our electricity coming from zero emissions energy sources,” said Todd Smith, Minister of Energy. “Supporting about 1.2 million passenger trips annually, this new charging infrastructure will reduce emissions while building on Ontario and OPG’s position as a leader in electrification.”

OPG has partnered with Hydro One to develop the Ivy Charging Network, Ontario’s largest electric vehicle charging network. As well, OPG is currently working with the Toronto Transit Commission (TTC) and Toronto Hydro to design, build, operate and maintain the charging infrastructure to power the TTC’s electric bus fleet.