“This enormous clean energy project will play a significant role in Ontario’s fight against climate change by providing 30-plus years of clean, low-cost and reliable power for Ontarians,” said Ken Hartwick, president and CEO of OPG. “The start of Unit 3 refurbishment reflects the Province’s confidence in our project team’s ability to build on its success to date and complete this next phase of the project.”

In October 2016, OPG and project partners began execution of the Darlington refurbishment project. Following more than three years of work on Unit 2, the project team successfully completed the unit’s refurbishment and returned it to commercial service in June 2020, amid the unexpected challenges of the COVID-19 pandemic.

In response to the pandemic, OPG postponed the commencement of the Unit 3 refurbishment from its scheduled start in May 2020. Now that the Unit 3 reactor was safely shut down on July 30, and disconnected from Ontario’s electricity grid, workers will use remote-controlled tooling to remove 6,240 fuel bundles from the unit over the next three months and place them in water-filled fuel bays for up to 10 years of safe storage. 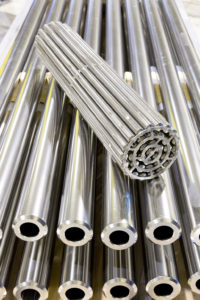 “Refurbishing Darlington’s Unit 3 is crucial for securing Ontario’s long-term energy future,” said Greg Rickford, Minister of Energy, Northern Development and Mines. “Today’s announcement brings us one step closer to extending the life of Darlington, which will enable Ontarians to benefit from reliable, emission-free and low-cost energy for decades to come.”

Since the start of the project, OPG workers have completed more than 24 million hours of work safely and with quality. The team has also completed more than 750,000 hours of training in the world-class Mock-up and Training Facility located at OPG’s Darlington Energy Complex. In addition, the team has incorporated more than 4,000 lessons learned from Unit 2 refurbishment into the plans and preparations for Unit 3 and subsequent unit refurbishments, increasing efficiencies across the project.

The 10-year project is expected to generate a total of nearly $90 billion in economic benefits for Ontario and increase employment by an average of 14,200 jobs annually across the province. The four-unit station currently generates over 20 per cent of Ontario’s electricity, or enough energy to power two million homes.

The project is scheduled for completion by the end of 2026.