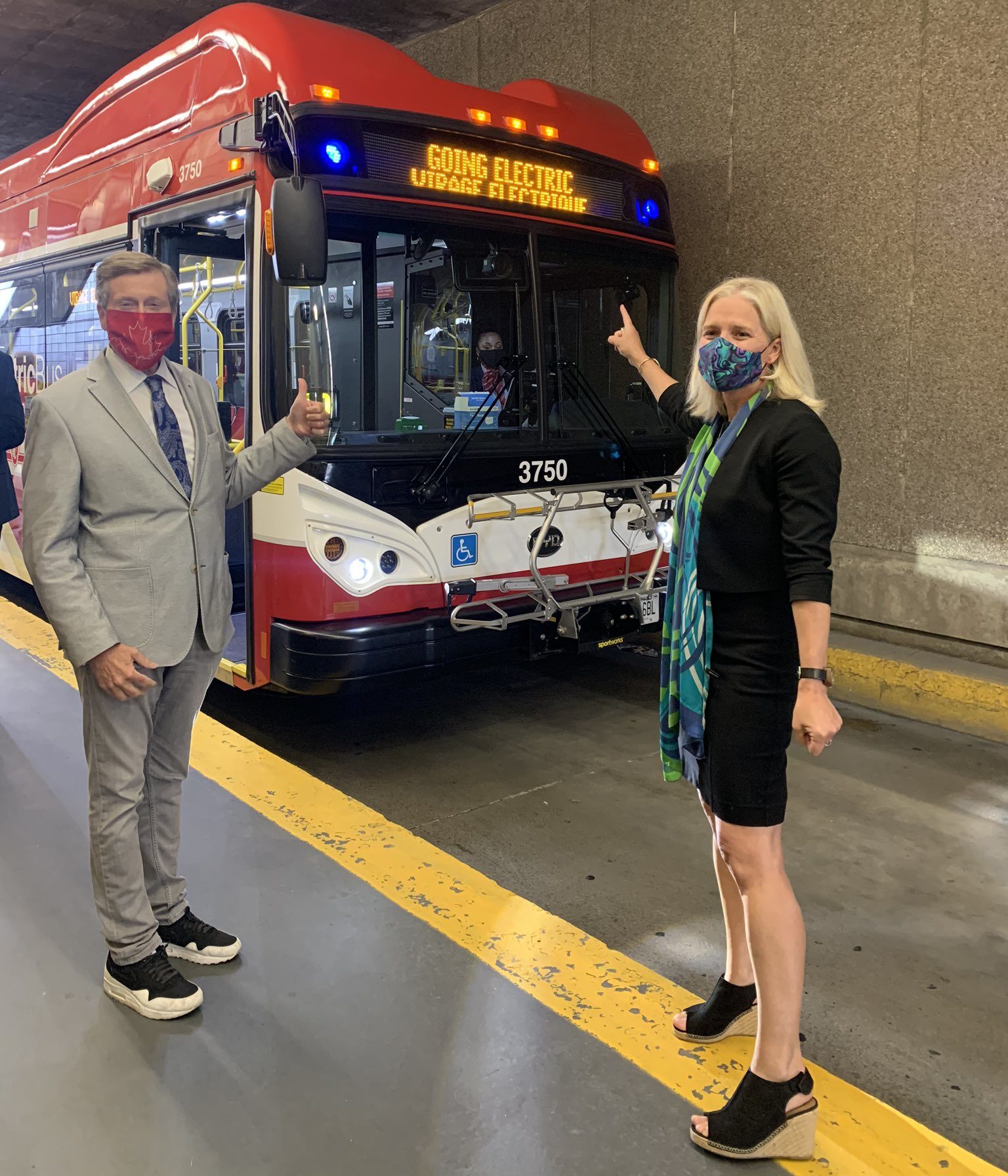 The Toronto Transit Commission (TTC) is now operating the largest fleet of electric buses in North America. The milestone was achieved as the TTC’s third new electric bus model is now road ready and starting to go into service.

“Public transit allows Canadians to get around in cheaper, cleaner and faster ways,” said Catherine McKenna, federal Minister of Infrastructure and Communities. “Our government’s investment in the TTC’s electric bus pilot program is a sign of our commitment to made-in-Canada clean technology and an important step toward our target of 5,000 electric buses in Canada’s fleets over the next five years. Canada’s Infrastructure plan invests in thousands of projects, creates jobs across the country and builds stronger communities.”

In November 2017, the TTC Board approved procurement of 30 all-electric vehicles. In June 2018, the Board approved the purchase of 30 more. The TTC acquired the 60 all-electric buses from three manufacturers: BYD Canada Co. Ltd., New Flyer Industries Inc. and Proterra Inc.

“I’m proud to help launch these new electric buses and to celebrate the fact that Toronto is now officially operating the largest fleet of electric buses in North America. This fleet of 60 all-electric buses was only made possible thanks to an investment by the City of Toronto and the Government of Canada of $140 million,” said Toronto Mayor John Tory. “Our eBus fleet is one of the many projects that our City government has jointly funded with the federal government through the federal Public Transit Infrastructure Fund. I want to thank the Government of Canada for providing this funding that helps keep Toronto residents moving by investing in modernizing, expanding and upgrading our transit and transportation infrastructure. This is the right and responsible thing to do for our transit system, our city, and our environment.”

The differences between all three eBus models, including the effect of how they charge on overall performance, will be put to the test as the TTC progresses with its head-to-head comparison to inform future procurements of battery-electric buses.

Approximately 35 eBuses are already in service across the city. The first BYD-manufactured eBus is being put into service this week. The remaining 25 eBuses, currently undergoing final testing and commissioning activities, are expected to be in service by the end of September.

“Electrification is the future of public transit and I’m proud that the TTC has been established as an industry leader in this regard, as the owner of North America’s largest fleet of eBuses,” said TTC Chair Jaye Robinson. “The TTC Board wholeheartedly supports the TTC’s forward-thinking plan to achieve a zero-emissions fleet by 2040.”

The Government of Canada and the City of Toronto have invested $140 million in this project under federal Public Transit Infrastructure Fund (PTIF). The funds are used for these electric buses and to begin laying the infrastructure for future expansion of the TTC’s zero-emissions fleet. In total, up to $1.8 billion is being invested in Toronto through PTIF, which was launched on August 23, 2016.