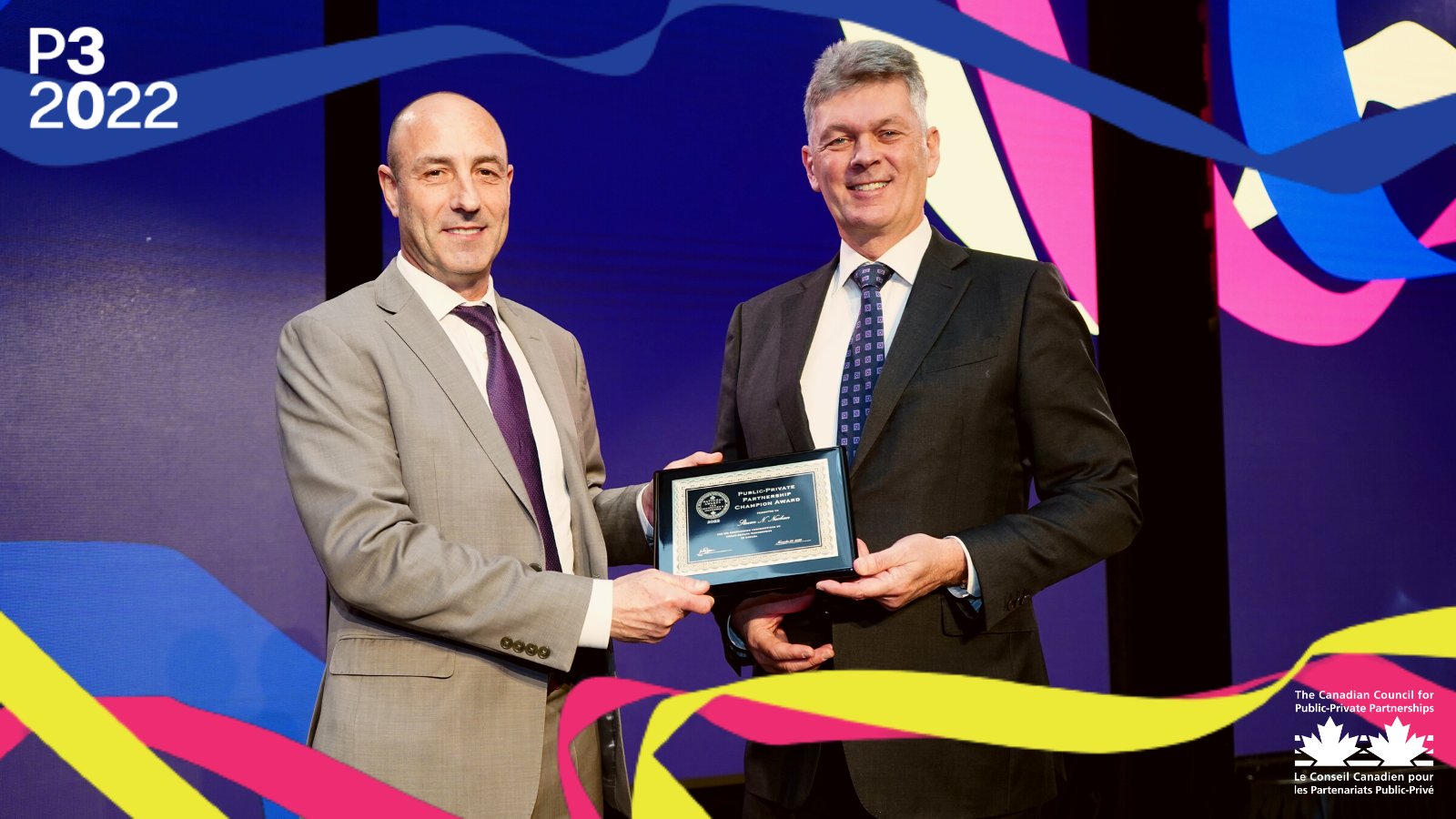 The Canadian Council for Public-Private Partnerships (CCPPP) wrapped up P3 2022, its 30th annual conference in Toronto with sessions highlighting the growing trend of partnerships with First Nations in infrastructure projects, the role of private capital to get shovels in the ground, and the unveiling of Infrastructure Ontario’s November 2022 Market Update by CEO Michael Lindsay, alongside Ontario’ Minister of Infrastructure Kinga Surma.

The release of IO’s latest quarterly update provided up-to-the-minute details on the planning and procurement on public projects, including highways, children’s treatment centres, courthouses and correctional facilities. The pair discussed what projects are top of mind for the government, how it is working with IO to determine the model used for project procurement and delivery and how the rollout of its Progressive P3 model is advancing.

Steve Nackan, executive vice president & president, Aecon Concessions, a member of the CCPPP’s board of directors since 2013, also received the prestigious 2022 Champion Award.

“Steve is a deeply respected leader in Canada’s P3 infrastructure sector and internationally. His carefully deliberated opinions carry weight at the table when challenges and opportunities arise, based off the tremendous depth of his experience and ingenuity in structuring successful P3 partnerships and the use of innovative finance models at Aecon. The Council has also benefitted tremendously from his support and guidance as a long-serving member of our board and executive committee,” said Mark Bain, CCPPP’s chair and in presenting the award.

The Champion Award is presented by the Council to individuals who have made an outstanding contribution to P3s in Canada. The 2022 awards are supported by gold sponsor McCarthy Tétrault LLP and silver sponsor EXP.

“I am extremely honoured to receive this award from CCPPP and would like to thank the awards committee and my fellow board members for this recognition,” said Nackan. “The P3 model has transformed infrastructure development since its inception, and I am proud to have played a leading role in delivering nation-building projects with significant societal and economic benefits — a feat that would not have been possible without the incredible teams, clients, and public and private sector partners I have had the privilege of working with over the past 25 years. As the P3 model continues to evolve, I look forward to being at the forefront of this journey while continuing to lead complex projects in Canada and successfully exporting Canadian expertise internationally.”

The awards committee noted Nackan has played an integral role for more than 20 years at Aecon, guiding the evolution of the ‘made in Canada’ public-private partnership model and championing new and innovative P3 finance models. Working closely with John M. Beck, Aecon Group Inc.’s founder and chairman, he has built upon the company’s pioneering work in helping develop the country’s successful P3 market for the past 30 years.

“Flexibility, perseverance, a measured approach to risk, innovation, intellectual curiosity and a natural gift for communicating with people, are the predominant characteristics of Steve’s leadership in the P3 space,” said Beck, a fellow recipient of CCPPP’s Champion Award in 2013. “He has propelled Aecon forward — becoming a champion in the continuous evolution of P3s and the new collaborative model through exciting, complex and unprecedented new projects. He has been vital in transforming the P3 space in Canada and abroad, and his reputation with clients, partners, industry peers, unions and governments is first-rate.”