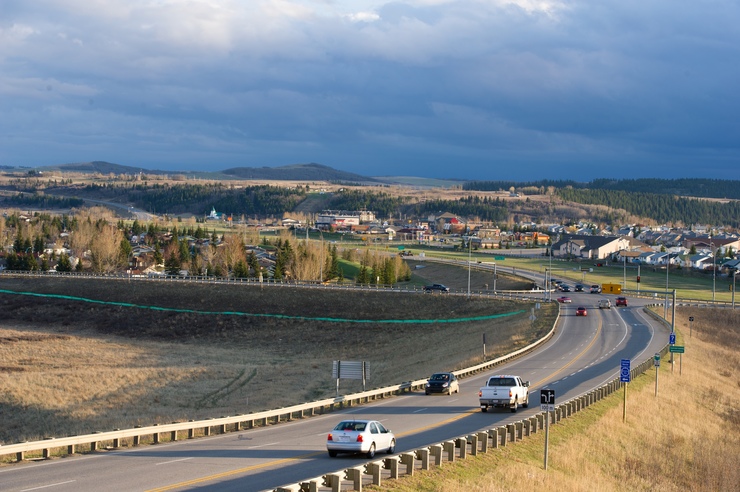 The Government of Alberta announced that progress is being made on a new interchange at Highways 22 and 1A in Cochrane, having issued a tender for the construction of an overpass at this busy intersection. The project will improve the flow of traffic along the Highway 22 corridor and make both highways safer for all travellers.

“This intersection has long been a source of frustration, not only for Cochrane residents, but also for commercial carriers and the thousands of people who use Highway 22 to travel to tourist destinations such as Kananaskis Country and the Rocky Mountains. This interchange will eliminate congestion and improve travel times,” said Devin Dreeshen, Minister of Transportation and Economic Corridors.

“This long-awaited project represents a significant milestone achievement in Cochrane’s roadway infrastructure,” said Jeff Genung, mayor, Town of Cochrane. “We have made substantial investments in our local roads, bridges and transit to enhance community connectivity. This provincial project is an integral component in our vision to deliver effective local and regional transportation. It takes the work of many hands over many years pulling together in the same direction for a major infrastructure project of the magnitude of the Highway 1A/22 interchange. And while this project has long been identified as a provincial priority, it is both gratifying and a relief to see the project out for tender and work anticipated to begin in 2023.”

When complete the project will include:

Now that a tender has been issued, construction is expected to begin in spring 2023 after a contract is signed. It is estimated that the interchange will take about three years to complete.

Featured image: Highways 1A and 22 in Cochrane, Alta. (Government of Alberta)