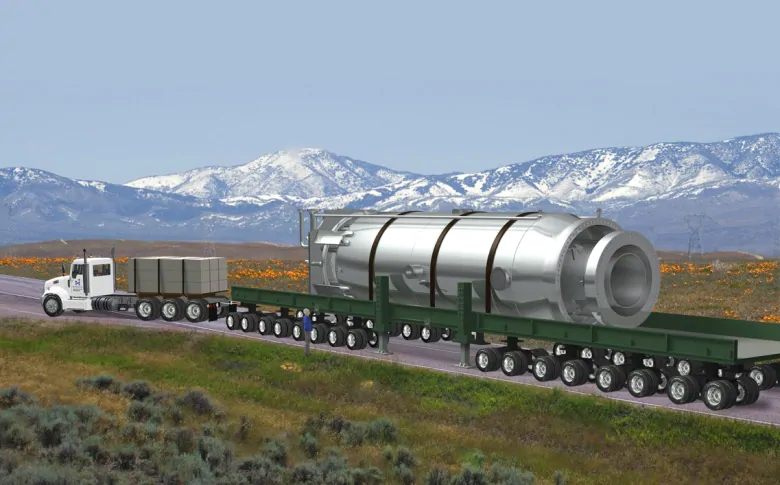 The Premiers of New Brunswick, Ontario, Saskatchewan formally welcomed Alberta as a signatory to the small modular reactor (SMR) memorandum of understanding (MOU).

“It is important that our provinces take these next steps together to continue leading the development of cutting-edge Small Modular Reactors for the benefit of future generations,” said Doug Ford, premier of Ontario. “Ontario is home to a world-class nuclear industry, which we will leverage as we continue our critical work on this innovative technology in order to provide affordable, reliable, safe, and clean energy while unlocking tremendous economic potential across the country.”

With the addition of Alberta to the MOU, all provinces involved have agreed to collaborate on the advancement of SMRs as a clean energy option to address climate change and regional energy demands, while supporting economic growth and innovation.

The provinces also released the SMR Feasibility Study, which was formally requested as part of the MOU in December 2019. It concludes that the development of SMRs would support domestic energy needs, curb greenhouse gas emissions. They would also position Canada as a global leader in this emerging technology. SMRs are nuclear reactors that produce 300 megawatts (MW) of electricity or less. They can support large established grids, small grids, remote off-grid communities, and resource projects.

“Today’s announcement confirms the commitment of our provinces to advancing SMRs as a clean energy option, leveraging the strength and knowledge of each of our jurisdictions,” said Scott Moe, premier of Saskatchewan. “This study confirms the feasibility of small modular reactors in Canada and outlines a path forward to deploy this new clean, safe, reliable, and competitively priced power. This new technology will help attract investment, create high-skilled jobs and contribute to our growing economy.”

Stream 1 proposes a first grid-scale SMR project of approximately 300 MW constructed at the Darlington nuclear site in Ontario by 2028. Subsequent units in Saskatchewan would follow, with the first SMR projected to be in service in 2032.

Stream 2 involves two 4th generation, advanced small modular reactors that would be developed in New Brunswick through the construction of demonstration units at the Point Lepreau Nuclear Generating Station.

By fostering collaboration among the various research, manufacturing, federal and provincial agencies, an initial ARC Clean Energy demonstration unit plans to be ready by 2030. Moltex Energy Inc.’s waste recycling facility and reactor is preparing to be ready by the early 2030s. Through ongoing support and collaborations, these advanced technologies could start being deployed as early as 2030 in support of the industrial needs in areas like Saskatchewan and Alberta, and indeed around the globe.

Stream 3 proposes a new class of micro-SMRs designed primarily to replace the use of diesel in remote communities and mines. A 5 MW gas-cooled demonstration project is under way at Chalk River, Ontario, with plans to be in service by 2026.

“Our government believes the best way to ensure that Canada becomes a leader in Advanced Small Modular Reactor development and deployment is through continued engagement and partnerships,” said Blaine Higgs, premier of New Brunswick. “New Brunswick has already attracted two tremendous vendors in ARC Clean Energy Canada and Moltex Energy who are now developing their capacity and generating local economic development in the province. New Brunswick is well positioned to be a world leader in the SMR field.”

The report identifies the potential for all three streams to create employment and economic growth benefits for Canada, as well as opportunities to export technology and expertise to address global issues such as climate change and energy reliability.

“Alberta has always been committed to clean, affordable energy,” said Jason Kenney
premier of Alberta. “Small modular reactors are an exciting new technology that could be used in the future to significantly cut greenhouse gas emissions, for example by generating power for Canadian oilsands producers. Nuclear is the cleanest form of electricity production and with SMRs, is now more affordable and scaleable for industrial use. We are excited to be part of this group that will help develop Canadian SMR technology.”

The next action identified in the MOU is development of a joint strategic plan, to be drafted in collaboration by the governments of Saskatchewan, Ontario, New Brunswick, and Alberta. The plan is expected to be completed in the spring of 2021.

The partner provinces will continue to work together and across the nuclear industry, to help ensure Canada remains at the forefront of nuclear innovation, while creating new opportunities for jobs, economic growth, innovation and a lower-carbon future.