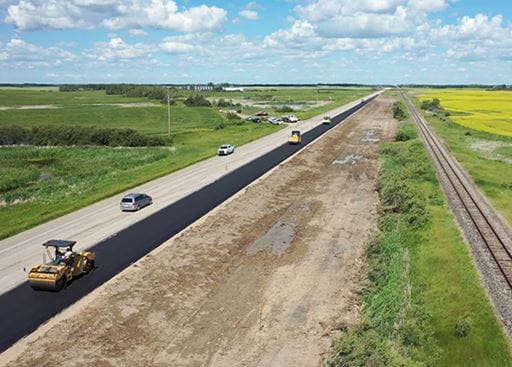 The Government of Saskatchewan announced that there will be 28 passing lanes and multiple intersection upgrades on Highway 16, which will improve safety along the major transportation corridor. The passing lanes extend on the Yellowhead east of Saskatoon from Clavet to Dafoe and in the Yorkton area from Springside to Saltcoats.

“Passing lanes have proven to be a safe and effective solution for heavier traffic volume areas and allow vehicles to pass slower moving vehicles safely, such as large trucks and semi-trailers,” said Highway’s Minister Jeremy Cockrill. “The passing lanes will improve traffic flow supporting travellers as well as industry along this busy transportation corridor.”

Passing lanes are typically a minimum of two kilometres in length. Passing lanes continue to be constructed in other areas of the province including Highway 12 from Martensville to Highway 312. It is expected that 21 additional passing lanes will be open on Highways 12 and 16 by the end of this year.

“We welcome these improvements to Highway 16, as passing lanes limit the risk of serious motor collisions when used correctly. They allow motorists to pass safely at posted highway speed limits,” Owner of Crestvue Ambulance, Midway Ambulance and Shamrock Ambulance, Kelly Prime said. All of which serve communities along the Highway 16 corridor.

The passing lanes are part of a key investment through a two-year $2 billion stimulus program, which continues to benefit drivers.  The investment was targeted to help drive economic recovery from the global pandemic.

The Ministry will improve more than 1,100 kilometres (km) of provincial highways, putting us on track to exceed the Growth Plan goal to build and upgrade 10,000 km of highways over 10 years. The Government of Saskatchewan has invested more than $11.5 billion in highways since 2008, improving more than 18,400 km of Saskatchewan roads.