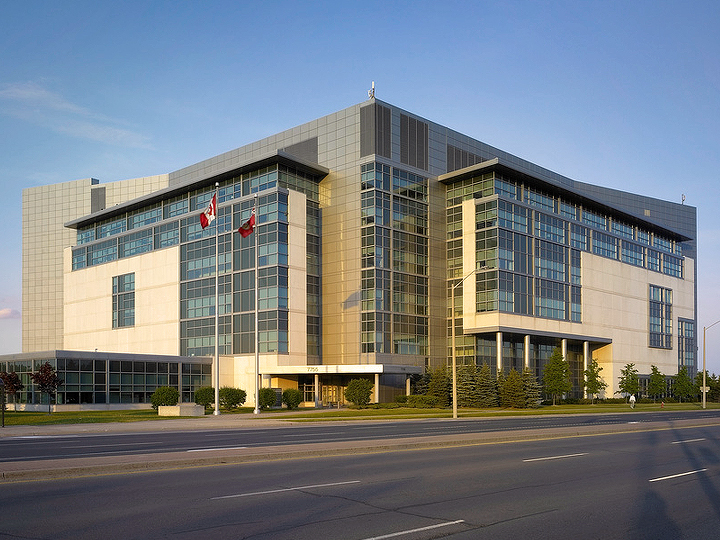 Infrastructure Ontario (IO) and the Ministry of the Attorney General (MAG) have announced the two prequalified teams that are invited to respond to a request for proposals (RFP) to design, build and finance the renovation of the existing courthouse located at 2201 Finch Avenue West to accommodate a new Toronto Region bail centre and complete Phase 2 of the addition to the A. Grenville and William Davis Courthouse in Brampton.

The two teams were selected based on criteria identified in a request for qualifications process that began in January 2020. Selection criteria included design and construction, as well as the financial capacity to deliver a project of this size and scope.

The prequalified companies that are invited to bid are: Pomerleau Inc. and Brampton Courthouse Contractors.

Teams will now begin preparing proposals that detail how they will deliver the project. Once submissions are received, IO and MAG will evaluate the proposals, select a preferred bidder and then negotiate a final contract. A successful bidder is expected to be announced in spring 2021. A fairness monitor is overseeing the entire procurement process.

The A. Grenville and William Davis Courthouse in Brampton is the busiest courthouse in the province. To address the current and growing courtroom pressure, a two-phase project to build an addition to the existing courthouse building was approved in 2016-17.

Phase 1 of the BCA is currently under construction and is scheduled for completion shortly. Phase 1 involves the construction of a six-floor addition, and fit-out of the basement and floors 1 and 2. The Phase 2 project involves the fit-out of the remaining shelled floors of the addition (3-6), as well as the partial renovation of the existing courthouse and adjacent Land Registry building.

The TRBC project involves the renovation/modification of the existing, leased courthouse building at 2201 Finch Avenue West to accommodate all adult bail operations as well as weekend and statutory holiday court bail matters once the new Toronto courthouse opens in 2022.

Renovation and retrofit of some spaces are required to accommodate the bail functions, including the renovation of administration space, the addition of in-custody interview cubicles, and other minor modifications to support the new bail centre and provide digital connectivity to other locations.

Once completed, the courthouse will operate as a functional regional bail centre and will be equipped with the technology required to deliver modern, accessible justice services and interconnectivity with the new Toronto courthouse.

A copy of the RFP is available here.