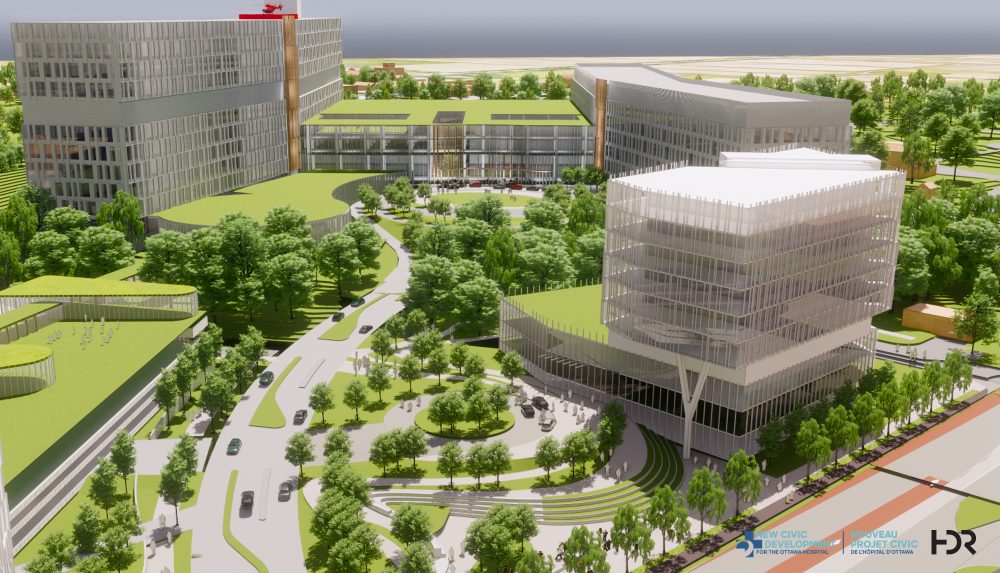 In another major milestone in its plans to build a state-of-the-art new hospital, The Ottawa Hospital announced a historic agreement with local building and construction trades unions that will help ensure construction of the 2.5 million square foot facility moves ahead on schedule.

A first in Ontario health care, a newly signed project labour agreement between The Ottawa Hospital and the Unionized Building and Construction Trades of Eastern Ontario and Western Quebec will eliminate risk for work delays and disruptions caused by strikes or lockouts during construction of The Ottawa Hospital’s new campus – the largest and most important health-care infrastructure project in Ottawa’s history.

“The Ottawa Hospital wants to do all we can to create a positive and safe work environment for the thousands of workers that will be on site every day during construction of our new campus,” said Cameron Love, president and CEO of The Ottawa Hospital about the agreement.  “We’re thrilled to have partnered with trades unions on this landmark agreement that will help keep the project on schedule and avoid costs and delays associated with work stoppage.”

The agreement sets out the terms and conditions that will apply to all employers and all trades working on the project. It sets a high safety standard for working conditions for all building and trades workers on the site, increasing safety and job stability, while still following Ontario’s requirements for an open and competitive procurement process. It ensures compliance with bargaining rights and that all workers on the site are properly trained and certified and will create apprenticeship opportunities for populations underrepresented in the construction trades, including First Nations, Inuit and Métis people, women, and diverse and at-risk youth. The agreement lasts for the duration of the project.

“We are pleased to collaborate with The Ottawa Hospital to bring the highest standard of workmanship to this once-in-a-century project that will improve health care in our community,” said John Bourke, president of the Unionized Building and Construction Trades Council of Eastern Ontario and Western Quebec. “This partnership with The Ottawa Hospital will being out the very best of the local building and construction trades, affiliates and respective members.”

A request for proposals to build the hospital was issued on Nov. 29 by Infrastructure Ontario.

The new campus is being built on a 50-acre site bordered by Carling Avenue, Preston Street, and Prince of Wales Drive in Ottawa that will be home to one of Canada’s largest adult acute care hospitals, Canada’s leading Neuroscience and Trauma Centers.  The hospital will be designed to promote healing and wellness among the diverse individuals, communities, and cultures served in the greater Ottawa and Eastern Ontario region, Western Quebec and Nunavut.