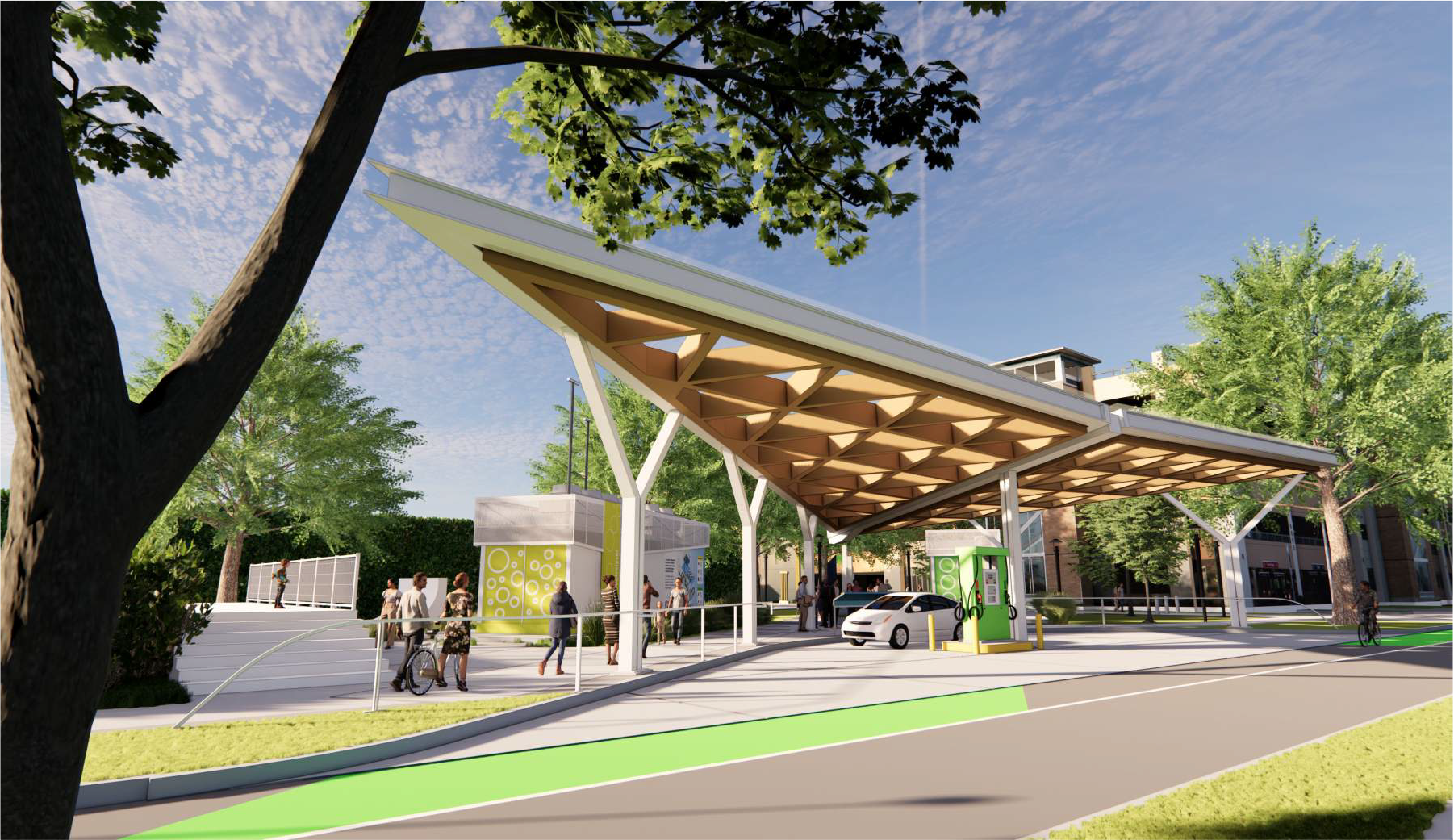 A new $23 million renewable energy hub will transform an entire city block at the University of British Columbia into a smart energy district, including the province’s first-ever hydrogen refuelling station for light and heavy-duty vehicles.

It will also include the addition of a solar array, as well as intelligent charging infrastructure for electric vehicles.

“This is an exciting moment for UBC,” said Prof. Santa J. Ono, UBC president and vice- chancellor. “In the face of a growing climate crisis, we are mobilizing even more of our institutional education, research and innovation capacity to pursue climate solutions. This renewable energy hub is an important piece, and we are truly grateful to our partners in government and industry who helped bring it to life.”

The project is supported by the Ministry of Energy, Mines and Low Carbon Innovation, which today announced $5.6 million in low-carbon fuel standard credits for the project.

“In order to realize our CleanBC climate goals, we must invest in innovative energy solutions, like UBC’s renewable energy hub,” said Bruce Ralston, Minister of Energy, Mines and Low Carbon Innovation. “B.C. is well positioned to become a world leader in clean energy, and this project demonstrates the excellent potential right here in the Lower Mainland.”

The energy hub will become a city-scale, “living laboratory” that explores critical links between energy, transportation and urban design, says project lead Dr. Walter Mérida, a professor of mechanical engineering who leads MéridaLabs in the faculty of applied science.

A key feature is a water electrolyzer that uses electricity from the solar panels to split water into hydrogen and oxygen, resulting in “green hydrogen” — or 100 per cent renewable hydrogen. The process does not emit carbon emissions.

The project will also include:

Hydrogen and clean electricity provide a clear path to sustainable, low-carbon economies for Canada and the world, says Dr. Mérida. “When combined with digital technologies, they can enable economic growth as transportation, telecommunications and civil infrastructures become smart and interconnected.”

The electric vehicle charging stations have been installed and will be operational by the end of the summer. The hydrogen refuelling centre is scheduled to open in March next year, followed by the commissioning of the solar array in October.

“The vision for the test bed was developed more than five years ago, and the recent interest in the relevant technologies is a testament to UBC’s global leadership,” adds Dr. Mérida. “Ultimately, the test bed will link technology and people. It will provide a space to gather, engage and think deeply about the way we want to live.”

Featured image: The renewable energy hub will transform an entire city block at UBC into a smart energy district, including the province’s first-ever hydrogen refuelling station for light- and heavy-duty vehicles. Credit: Dialog