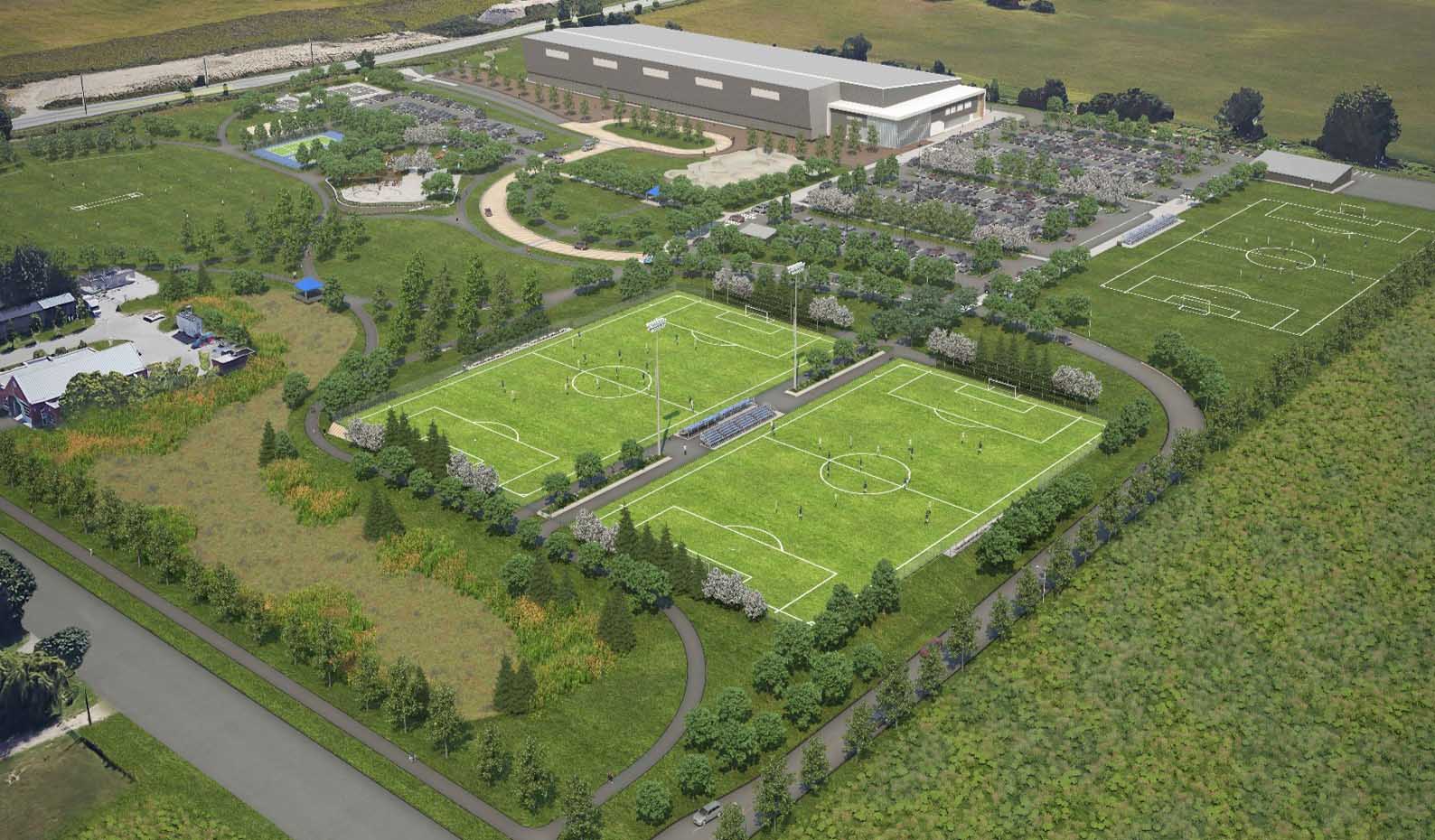 The City of Kitchener along with the governments of Canada and Ontario announced joint funding to support the construction of the RBJ Schlegel Aquatic Centre.

Project work for the aquatic centre will include the construction of an eight-lane, 25-metre long pool with a removable floor and ramp access, bleacher seating, community use multi-purpose rooms, public washrooms, and food and beverage services. Once complete, the new aquatic centre will provide greater access to recreational facilities and services for members of the Kitchener community to lead healthy, active lifestyles.

“Access to modern, sustainable recreational facilities is an important part of communities where people want to live, work and raise their families,” said Federal Minister of Infrastructure and Communities, Catherine McKenna. “The federal government is investing almost $10 million to build a new, accessible RBJ Schlegel Aquatic Centre that can be enjoyed by Kitchener residents for years to come. As a swimmer and lover of aquatic sports, I’m excited to see this project get underway.”

“With over $8.1 million in provincial funding, the RBJ Schlegel Aquatic Centre in Kitchener is another great example of how we are working to support local communities and residents,” added Laurie Scott, Ontario’s Minister of Infrastructure. “Recreational infrastructure projects like these are so important to people and families. From swimming lessons to community events, this will be a wonderful new hub for local residents to enjoy.”

According to Kitchener Mayor Berry Vrbanovic, southwest Kitchener is the fastest growing area in the region and is expected to double in population by 2041.

“Today’s funding announcement will support the residents and visitors of this growing community with additional recreational facilities for many years to come,” he said. “I would like to thank the Government of Canada and Province of Ontario for partnering with the City of Kitchener towards building this wonderful and much needed aquatic centre at RBJ Schlegel Park.”

Featured image: Rendering of RBJ Schlegel Park where the aquatic centre will be located. (Stantec)