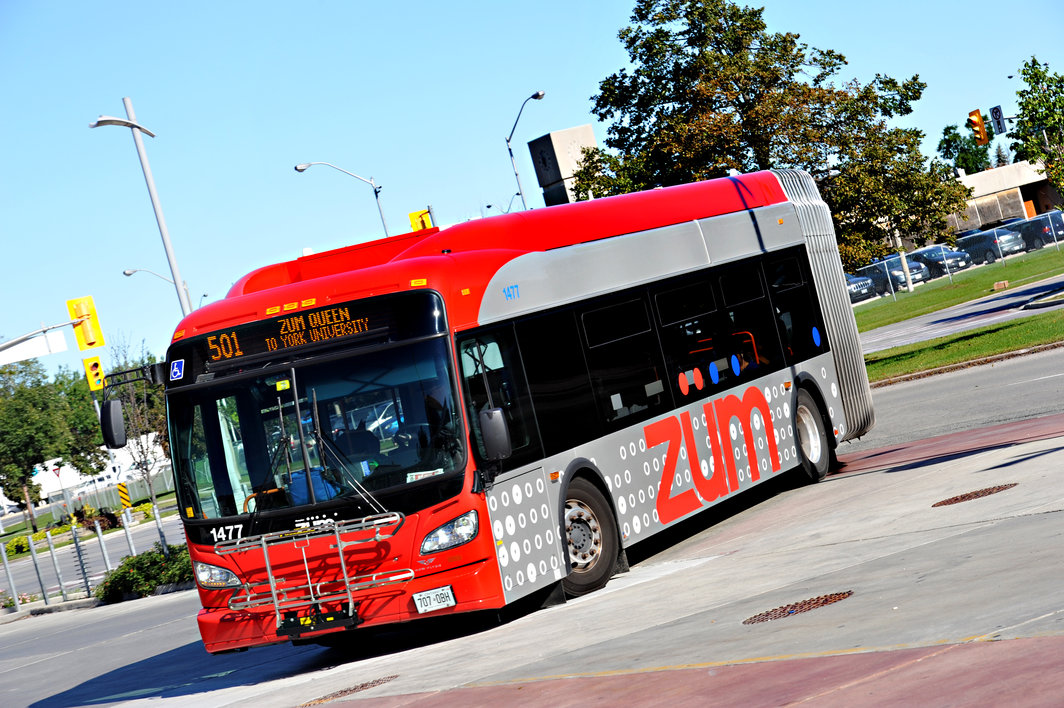 Joint federal and provincial funds for the replacement of new Computer Aided Dispatch and Automatic Vehicle Location systems on buses in the Brampton Transit fleet was announced.

The Government of Canada is investing $4 million in this project through the Public Transit Infrastructure Stream (PTIS) of the Investing in Canada plan. The Government of Ontario is providing $3.3 million, and the City of Brampton is contributing $2.6 million.

The project includes the design, build, and installation of all supporting devices, operating systems, networking gear, and software for the Computer Aided Dispatch and Automatic Vehicle Location systems. These replacement systems will be installed on over 80 articulated buses and 370 conventional buses. Work also includes the implementation and integration of subsystems, including Interactive Voice Response, data radio network, over 131 electronic signs at terminals and station stops, and outfitting busses with automatic passenger counters.

The addition of these new systems will improve data reliability, operational tracking, system capacity, and performance, allowing for a better quality and a safer public transit system for residents in the City of Brampton.

“Today’s investment will help improve Brampton’s public transit infrastructure by upgrading data reliability and operational tracking and capabilities.” Said Maninder Sidhu, Parliamentary Secretary to the Minister of International Development and MP for Brampton East, on behalf of Catherine McKenna, Federal Minister of Infrastructure and Communities. “This will ensure that residents have continued access to quality and safe public transit options for years to come. Canada’s infrastructure plan invests in thousands of projects, creates jobs across the country, and builds cleaner, more inclusive communities.”

“Brampton Transit is one of the fastest-growing transit networks in Canada, and the updated dispatch and vehicle location technologies will greatly enhance the real-time information, connectivity, quality and safety of public transit in Brampton. I look forward to continuing to work with all levels of government to bring investment to Brampton.”