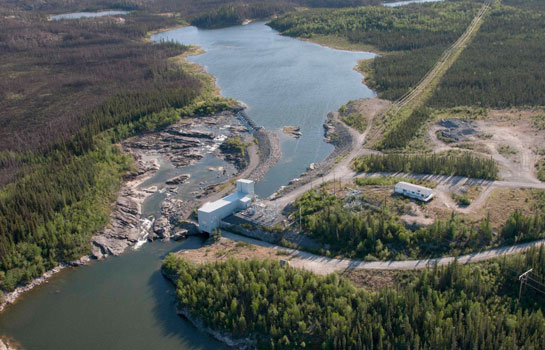 The governments of Canada and the Northwest Territories announced funding for the construction of a new transmission line in Fort Providence and Kakisa.

The project involves the construction of a 170 km transmission line that connects the communities of Fort Providence and Kakisa to the existing Taltson hydropower transmission system south of Hay River.

This project will reduce diesel fuel consumption by approximately one million litres and reduce greenhouse gas emissions by approximately 2.75 kilotonnes. Additionally, the transmission line will allow the surrounding areas to have access to an energy source, including the nearby Dory Point service area.

“This new transmission line will provide a reliable and efficient source of energy for the communities of Fort Providence and Kakisa,” stated Michael McLeod, MP for the Northwest Territories.

“Climate change is a serious challenge for our economy and for all levels of government,” added Diane Archie, Northwest Territories’ Minister of Infrastructure. “By partnering with Canada, local and Indigenous governments and organizations and communities on energy projects like the Fort Providence-Kakisa Transmission Line, the GNWT is taking action that will improve electricity reliability while reducing greenhouse gas emissions and stabilizing energy costs.”

Approval given for Tlicho all-season road