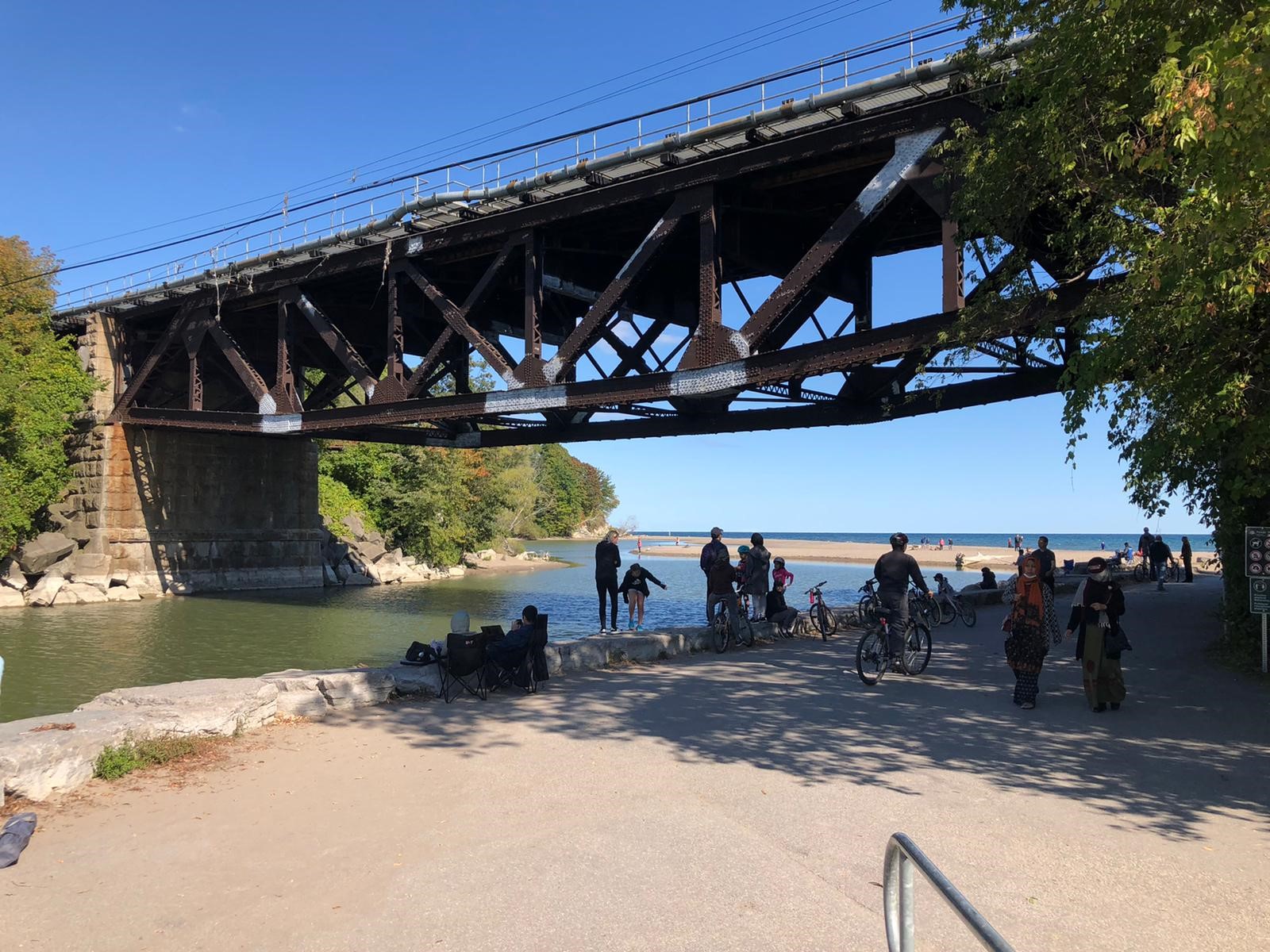 Metrolinx is rehabilitating one of the oldest rail bridges in East Toronto in order to run more GO Train service in the decades to come. Scroll down to learn more about the work and why it needs to happen.

After more than a century of service, the iconic Rouge River bridge is getting a major facelift.

Connecting Toronto and Pickering and spanning the mouth of the Rouge River, the 117-year-old Rouge River bridge is an important part of the Lakeshore East GO Line.

The Lakeshore East GO Line is the second busiest route on the GO Network and is only getting busier as Metrolinx ramps up GO service in the months and years to come.

The bridge was originally slated for full replacement as part of the larger GO Expansion project, but since the bridge is listed as a provincial heritage property Metrolinx decided to rehabilitate the bridge, instead of replacing it.

In fact, the bridge is just one of a few remaining railway bridges in Toronto and its surrounding area that features this characteristic early railway bridge construction.

The rehabilitation work is starting this fall and will extend the life of the Rouge River bridge by another 20 years.

If you’re interested in the specifics, the scope of the project includes:

As a highly visible and well-known structure to the many users of the local Waterfront Trail, the Rouge River and Rouge Beach, the bridge has been well-maintained and rehabilitated on a regular basis.

Because the bridge is only being rehabilitated rather than replaced, there will be a much smaller construction footprint and reduced impacts to the surrounding communities.

Given the age of the bridge and its provincial significance, Metrolinx has also been working closely with a number of stakeholders, including Parks Canada, to consult on construction issues, such as access, fencing requirements, and construction laydown area (which is an area on the construction site used to temporarily store, receive or assemble equipment or other supplies).

The rehabilitation project is scheduled to wrap up next spring – and is just one more step toward expanding service on the Lakeshore East GO line.

Improvements continue as part of the Union Station Enhancement Project