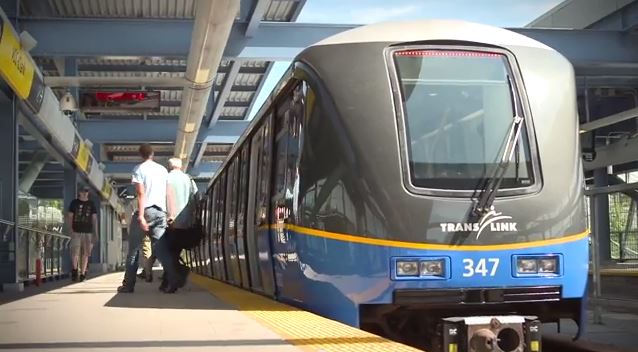 “Transport 2050 has been our largest outreach for public input in TransLink’s history. Transport 2050 will transform the way we move and live, and it’s imperative that the region’s transportation future is guided by the people who call it home,” said Kevin Quinn, TransLink CEO.

Some key recommended actions over the next 30 years include:

“People in Metro Vancouver expect high-quality, affordable transportation options that support action on climate change and create healthy, accessible communities for everyone,” said George Heyman, BC Minister of Environment and Climate Change Strategy. “Transport 2050 will contribute to the reductions in emissions as outlined in our CleanBC strategy. By aligning priorities – such as increasing the region’s use of transit and active transportation – TransLink and the Province will create a bigger, better, cleaner transportation system that will serve generations to come.”

TransLink is also opening its third and final round of public engagement on Transport 2050 before the strategy becomes final. Through the engagement process, we are asking the public to tell us if they support the overall strategy and provide suggestions for improvement. Based on the input, it will update the strategy before sending to the TransLink Board and Mayors’ Council for final approval in early 2022.

This draft strategy was built through TransLink’s largest–ever public engagement, a two–year process which has collected over 36,000 surveys and over 4,000 ideas from people across the region at over 300 in–person or online events. During the previous rounds of public engagement, it engaged directly with Indigenous Nations, members of the public, representatives from all levels of government, and many more stakeholders throughout Metro Vancouver.

“Transport 2050 will have wide-reaching benefits on our lifestyles in Metro Vancouver. Our ability to move around has massive impacts on our quality of life, climate change, and our potential to grow as a region,” said Jonathan Coté, Mayors’ Council Chair. “I invite everyone to continue participating in the Transport 2050 engagement process to make Metro Vancouver more livable, more sustainable, and better for ourselves, our children, and our grandchildren.”

Since the beginning stages of Transport 2050’s development, the Government of British Columbia also has been fully engaged as a senior partner in support of regional strategies and actions that align with provincial priorities, including climate action, affordability and alternative modes of transportation.

“Our government is committed to a transportation future that keeps people and communities connected through reliable, affordable, low-carbon travel options,” said Bowinn Ma, BC Minister of State for Infrastructure. “This includes investing in public transit, expanding active transportation networks and facilities for people who walk, bike, and roll, and supporting the development of complete communities that allow people to live close to where they work, study, and play. Transport 2050 will provide an important roadmap to guide us toward those objectives.”

Canada invests in SkyTrain projects in the Vancouver area