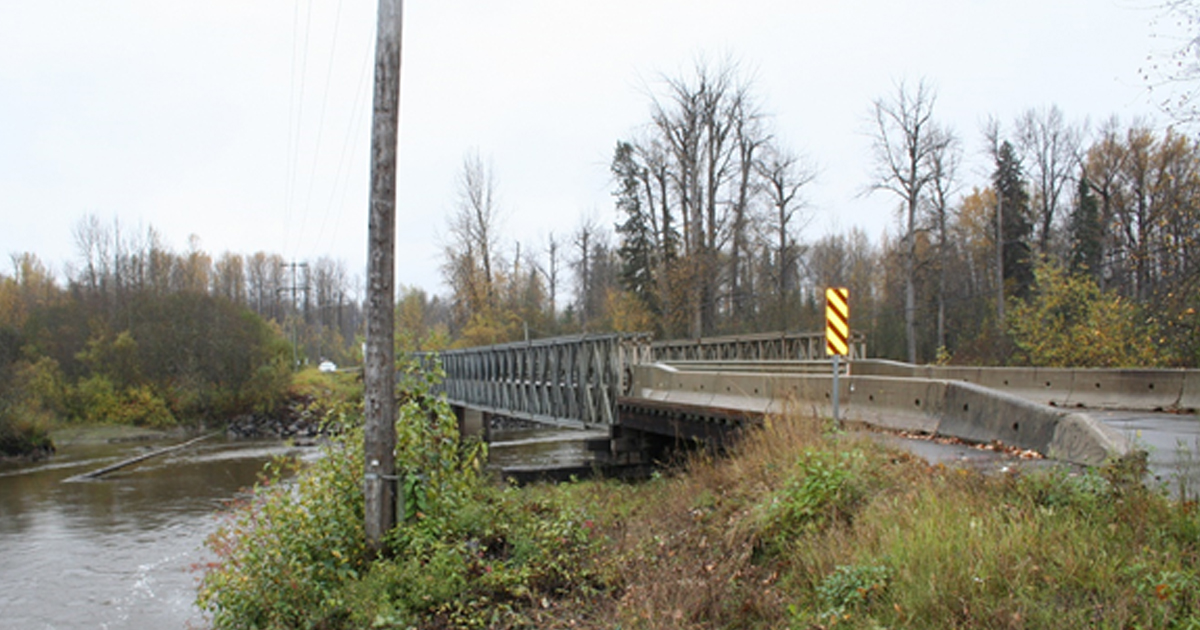 Travellers in Northern British Columbia can soon look forward to a smooth crossing over Willow River Bridge as the contract has been awarded to replace the temporary structure with a permanent, modern two-lane bridge.

The original bridge, located on Upper Fraser Road approximately 37 kilometres northeast of Prince George, was first built in 1957 as a wide single-lane timber structure crossing the Willow River. The nearly 100-metre structure sustained damage in 2002 and was replaced with a temporary steel Acrow bridge that is now nearing the end of its serviceable life.

The Province has awarded the $10-million contract to replace the structure to Ruskin Construction Ltd.

“We know this is an important crossing to residents and travellers in the area, and this improvement in the Upper Fraser Road area will make travel safer for everyone who relies on this route,” said Rob Fleming, Minister of Transportation and Infrastructure.

Crews will replace the aging, single-lane bridge with a modern two-lane structure, as well as realign 580 metres of Upper Fraser Road and reconstruct 100 metres of Arnett Road. Once complete, this project will increase safety and capacity for drivers, pedestrians and cyclists.

While clearing work is already complete, the ministry anticipates construction work to begin this winter, with project completion scheduled for winter 2022-23. During construction, the current Willow River Bridge will remain open for use to ensure safe and effective traffic movement.

Construction of bridge over Red River Floodway to be finished ahead...