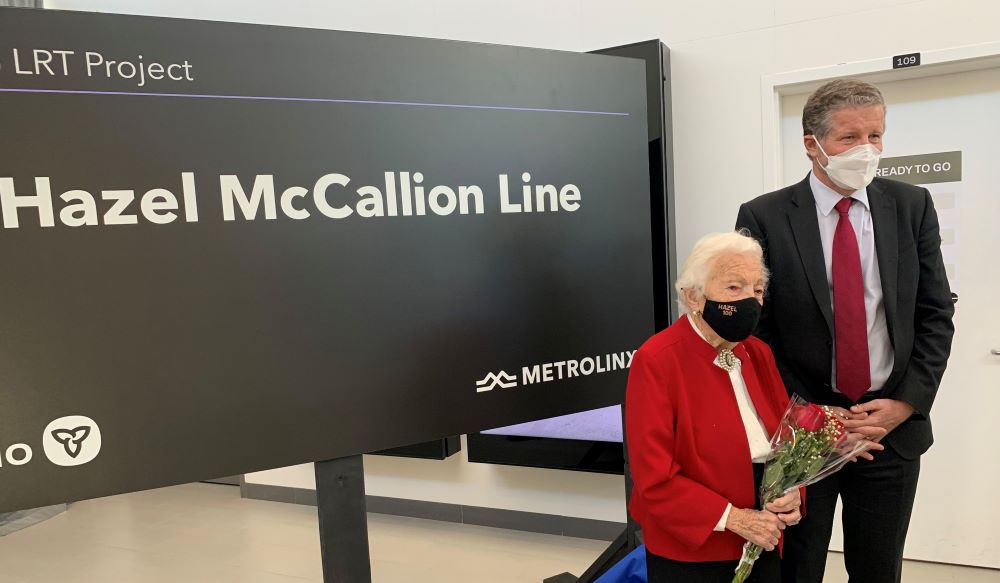 Peel Region’s newest rapid transit line, the Hurontario light rail transit route, – is getting a name, honouring one of Canada’s longest serving mayors. Get all the details here.

The Province of Ontario decided on the name to recognize McCallion’s legacy and decades of public service.

McCallion, who today celebrates her 101st birthday, was the mayor of Mississauga from 1978 until 2014.

The project will continue to be referred to as the Hurontario LRT while construction is underway, but will adopt the name once the line opens. This is similar to the Eglinton Crosstown LRT project, which will be known as ‘TTC Line 5 Eglinton’ once it opens.

When it opens, the Hurontario LRT line will bring 18 km of rapid transit between the Brampton Gateway Terminal at Steeles Avenue and the Port Credit GO Station in Mississauga.

The new line will feature 19 stops and will connect to other major transit systems including two GO train lines (Milton and Lakeshore West Lines), the Mississauga Transitway, Zum, Brampton Transit and MiWay services.