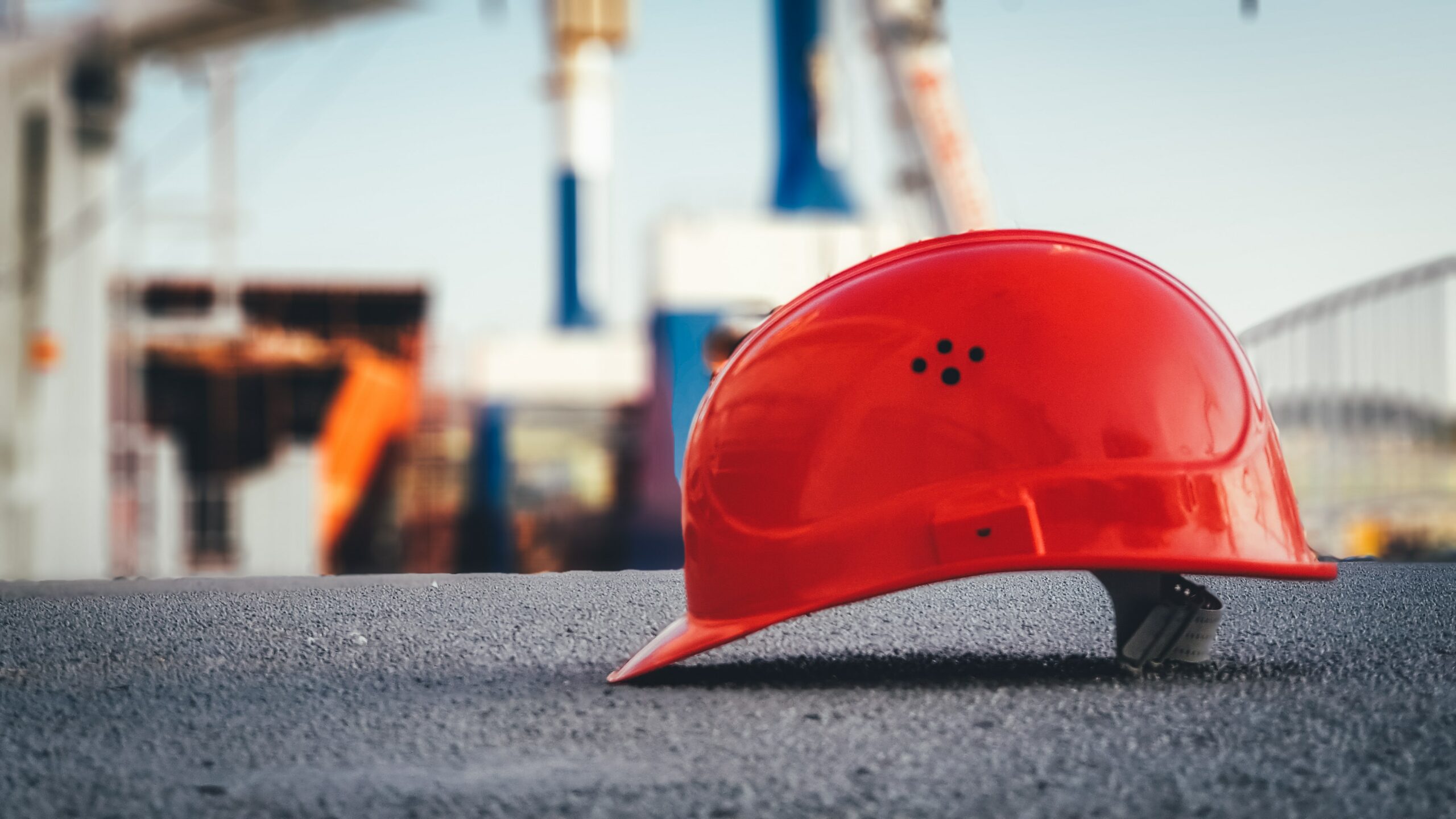 Labour market challenges could be an ongoing preoccupation across Ontario as unemployment rates return to pre-pandemic lows, and construction demand in the residential and non-residential sectors is sustained through at least 2026.

BuildForce Canada published its 2022–2027 Construction and Maintenance Looking Forward report for the province today. The scenario focuses on a six-year horizon for provincial labour market data as opposed to the 10 years studied in previous reports. The shortened forecast period allows the reports to focus more clearly on short- and long-term demand and supply pressures impacting the province’s construction sector.

Ontario’s construction and maintenance sector experienced a slight decline in employment in 2020 due to the COVID-19 pandemic, but bounced back in 2021 on the strength of a surge in new-housing construction and a significant rise (+5 per cent) in non-residential investment. These increased demands alongside supply chain disruptions and sluggish labour force growth contributed to recruiting challenges across all regional markets throughout the province. Demands are unlikely to change through the remainder of the forecast period, and labour challenges may result.

Total construction employment in Ontario is anticipated to reach a peak in 2023 when it rises by 13,400 workers (+3 per cent) compared to 2021 levels. Following that period, the residential and non-residential sectors will pull labour demands in different directions. As demand for new-home construction recedes after 2023, employment in the residential sector is forecasted to decline by more than 11,000 workers, or approximately 5 per cent of the 2021 workforce, to 2027.

Meanwhile, demands created by major infrastructure projects will increase the non-residential construction workforce by 23,000 (an increase of 12 per cent of the 2021 labour force) through 2026. Recent career promotional activities are showing early signs of success. In the non-residential sector, the number of new entrants to the industry are expected to exceed the number of workers exiting due to retirements throughout the forecast period.

“Ontario’s construction and maintenance industry showed tremendous resilience throughout the pandemic in 2020,” says Bill Ferreira, executive director of BuildForce Canada. “By shifting resources, effectively managing risk and new health protocols, as well as expectations, the industry quickly rebounded in 2021. However, ongoing strong employment demands and a lag in the return to the labour force of some older workers contributed to labour supply constraints for most trades and occupations and pushed unemployment rates in the province’s construction labour force to near record-low levels.”

BuildForce Canada projects that these market challenges could persist through the forecast period due to strong residential construction markets and a growing inventory of current and proposed major projects that are not expected to wane until 2026.

Central Ontario is home to some of the fastest-growing communities in the province. The combination of improved rail transportation, an increase in telecommuting, and low lending rates helped to fuel in-migration to the region, driving increased demand for new housing and renovation activity in both 2020 and 2021. Regional construction activity is expected to reach a peak in 2022 before moderating through the end of the forecast period. Construction employment in the region is expected to rise by two per cent, or by just over 2,400 workers, by 2027.

Eastern Ontario was among the tightest provincial labour markets in 2021 and recruiting challenges are expected to intensify over the next few years, as several infrastructure and institutional projects ramp up simultaneously. Construction employment in the region is expected to reach a peak in 2024 and remain elevated through the remainder of the forecast period. By 2027, a rise in overall employment alongside an estimated 7,000 retirements will require the local industry to recruit an additional 9,800 workers.

The Greater Toronto Area (GTA) market returned to pre-pandemic levels in 2021, led by strong gains in the residential sector. While residential demands are expected to ease over the short term, non-residential activity continues to expand to 2026, driven by investments in large-scale public transportation, nuclear refurbishment, new hospital, and other government building restoration projects. Regional construction employment is estimated to increase by some 9,900 workers (+6.2 per cent) by 2027 compared to 2021.

Northern Ontario is expected to see a peak in construction employment in 2022 and 2023, as demand for major mining and utility projects are complemented by increased institutional-sector investment and a moderate increase in residential activity. By the end of the forecast period, regional construction employment is expected to fall by nearly 950 workers (-4 per cent) compared to 2021 levels, although that figure could change pending final investment decisions on a long list of proposed resource development projects that are not currently included in this forecast.

Southwestern Ontario was among the strongest construction markets in Canada in 2020 and 2021. Labour demands will peak in 2022 as commercial building activity recovers from the pandemic and residential demands continue to increase. Ongoing work on the Gordie Howe bridge in Windsor, Bruce Power’s nuclear refurbishment, and industrial maintenance work in Sarnia help to keep demand levels elevated. Overall, as current projects are completed, construction employment is expected to decline by some 2,800 workers (-4%) over the forecast period, but recruitment pressures will remain due to the need to replace slightly more than 7,000 workers.

Ontario’s large pipeline of major infrastructure projects, combined with sustained levels of new-housing and renovation activity, is projected to increase construction employment by 15,500 workers over the 2021 labour force. The retirement of more than 56,300 workers – 13 per cent of the current labour force – will increase the recruitment requirements for the industry to approximately 71,800 workers over the six-year forecast period.

Recent heightened promotional and recruitment activities are bearing fruit. Over the forecast period, the non-residential sector is expected to draw in more new-entrant workers under the age of 30 than it loses to retirement. The industry as a whole, however, is expected to add only 53,000 new entrants during this period, creating a projected recruitment gap of some 18,800 workers that will need to be filled from outside the province’s existing construction labour force to meet increased demands.

The development of skilled tradespersons in the construction industry takes years, and often requires participation in a provincial apprenticeship program. New registrations in the province’s 20 largest trade programs have been on the rise since 2016 and increased by 32% to nearly 11,000 in 2019. Registration dropped by one-third in 2020, however, as public health measures relating to the pandemic imposed significant obstacles to the delivery of in-school training and negatively impacted apprentice employment. These impacts are likely to reduce the near-term numbers of new certified workers.

Based on the current pace of new apprenticeship registrations and completion trends, several trades may be at risk of undersupplying the number of new journeypersons required by 2027. They include bricklayers, glaziers, industrial electricians, residential air conditioning systems mechanics, and welders.

The construction industry remains focused on building a more diverse and inclusive labour force. To that end, efforts are ongoing to enhance the recruitment of individuals from groups traditionally underrepresented in the province’s construction labour force, such as women, Indigenous people, and newcomers to Canada.

The construction industry is also committed to the recruitment of newcomers to Canada. Ontario is expected to welcome an average of nearly 152,000 newcomers every year through 2027. This fact could make the immigrant population a key source of labour force growth. As of 2018, newcomers and more established immigrants accounted for 27% of Ontario’s construction workforce.