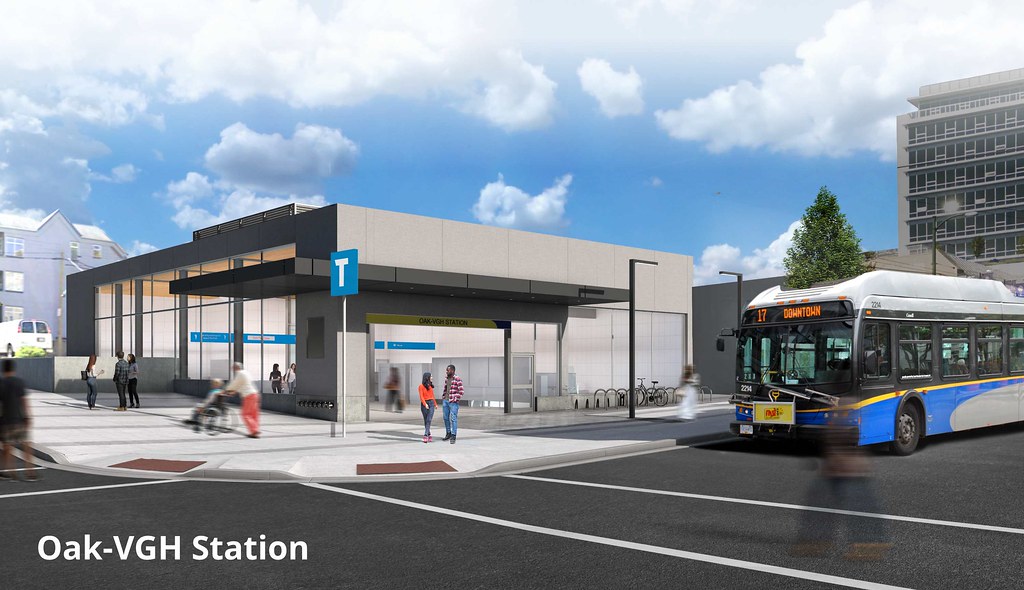 The Broadway Subway Project team is looking for people’s feedback on the proposed street-level features of each station.

People are invited to see the draft station designs in an online open house until Dec. 9, 2020. The project team is asking for feedback on the entrances, adjacent plazas and other street-level aspects of the stations. The open house is part of the project’s design advisory process, developed in collaboration with the City of Vancouver.

Feedback will be compiled and considered in finalizing the street-level station designs. A second open house will take place in early 2021 to report on comments received and present the final designs, with additional details about landscaping and public art.

The contractor, Broadway Subway Project Corporation, has begun site preparation work, including surveying and building removal. More information will be available before construction begins on the elevated guideway, stations and tunnel.

The Broadway Subway project is a 5.7-kilometre extension of the Millennium Line from VCC-Clark Station to Broadway and Arbutus, with six stations along the line. It will provide fast, frequent SkyTrain service to B.C.’s second-largest jobs centre, health-care services, an emerging innovation and research hub, and growing residential communities.

Once opened in 2025, the commute from VCC-Clark to Arbutus Station will take 11 minutes, saving the average transit commuter almost 30 minutes a day and relieving traffic congestion along Broadway.

To see the proposed street-level designs of the stations and provide comment, go to the online open house at: https://broadwaysubwayproject.civilspace.io/en

More information on the Broadway Subway Project, including current construction activities, is available online at: www.broadwaysubway.ca