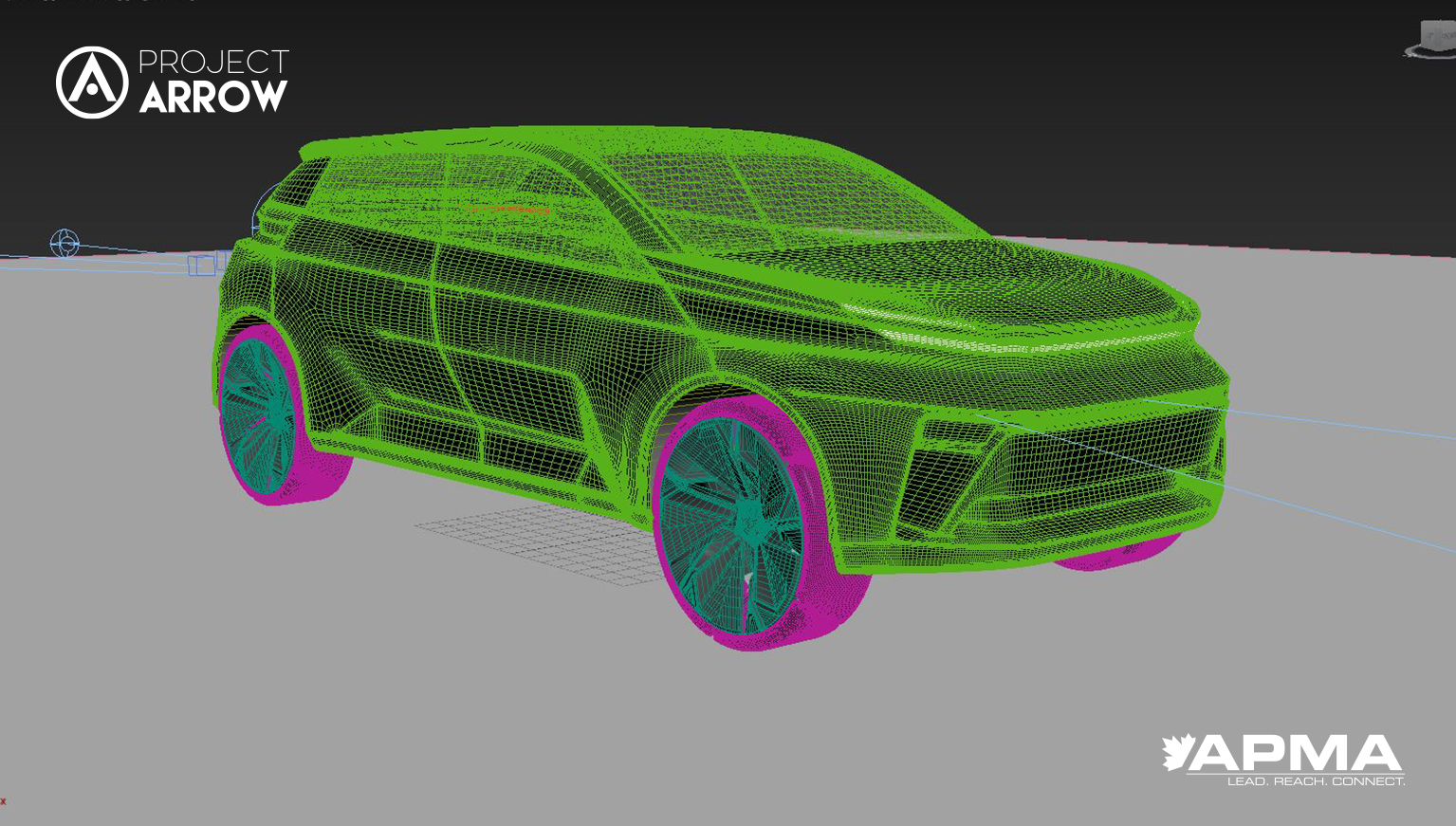 “Investments like the one made today in Project Arrow is advancing our country’s shift toward electrification in the automotive and manufacturing sectors, a critical step towards reaching the government’s goal of accelerating Canada’s net zero emissions future,” said Mélanie Joly, Minister of Economic Development and Official Languages and Minister responsible for the Federal Economic Development Agency for Southern Ontario.

With a membership accounting for 90 percent of all independent automotive parts manufacturers in Canada, APMA will utilize its longstanding connections in the automotive manufacturing industry to bring together key industry and academic partners in southern Ontario to facilitate Project Arrow. The partners will work together to design, engineer and build a connected and autonomous zero-emissions vehicle (ZEV) concept car and its digital twin, which will be used as a virtual platform for testing and validating connected and autonomous (CAV) technologies before they are integrated into the physical car.

“This lighthouse project is highlighting hundreds of advanced technology companies around the world and will serve as the calling card for the next generation of leadership in Canadian zero emissions mobility,” added Flavio Volpe, President, Automotive Parts Manufacturers’ Association.

FedDev Ontario’s investment in this project will support 80 jobs, leverage over $6.6 million in other funding, support at least 40 automotive suppliers and technology firms, and generate $50 million in additional investment.

The FedDev Ontario funded Virtual Reality CAVE at Invest WindsorEssex will be home to some of the key project activities surrounding the digital concept vehicle, which will be used as a virtual platform for testing and validating connected and autonomous (CAV) technologies before they are integrated into the physical car. The concept vehicle will also act as a blueprint for battery development and integration, tech transfer and intellectual property development.