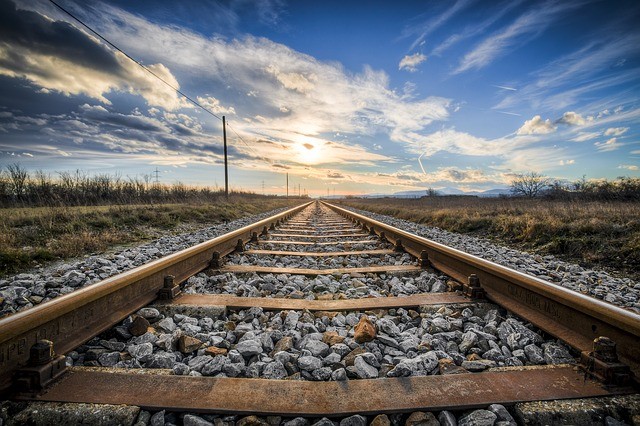 Engage Construction Management and Consulting Inc. has been selected for the Canadian part of a $1 billion infrastructure project connecting Mexico’s Pacific Coast to Winnipeg, Manitoba.

The United States-Mexico-Canada Agreement (USMCA) Corridor (named after the new trilateral North American trade agreement) is an infrastructure project aimed at allowing Mexico to integrate into the rail and logistics systems of Canada and the United States.

“Engage has the same dynamic character as [Caxxor], a committed company that will do everything necessary to make this project a success in Canada,” Sergio Tanguma, managing partner for Canada of Caxxor.

Engage Construction Management and Consulting Inc., founded in 2012, is based in Alberta and has mainly operated in the oil and gas sector.

“Caxxor recognizes there are significant clean energy and infrastructure opportunities here and Engage is positioned to leverage our network and proven business model to ensure these opportunities become fully developed,” said Kevin Kuly, founder and president of Engage.

The Caxxor Group announced the USMCA Corridor project in October 2020. The proposed new trade route would require building a logistics terminal in Winnipeg and expanding the shipyard at the Port of Mazatlán. The new logistics terminals would handle containers, automobiles, bulk commodities, and petroleum products.

The project would also require the construction of 54 miles of rail lines in Mexico to go with the more than 146,000 miles of existing railroad infrastructure that runs through the U.S., Mexico, and Canada. 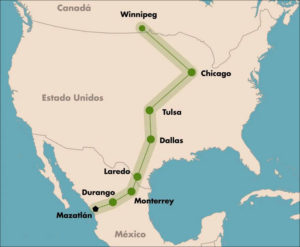 Route of the rail corridor between Mazatlán and Winnipeg.

According to Caxxor CEO Carlos Ortiz, the investment in Mexico is expected to be about $1.6 billion. Between $650 million and $700 million will go to the rehabilitation of 167 kilometers of existing railroad and the construction of 180 kilometers of new tracks.

Oritz also said that Caxxor and its investment partner, United States-based National Standard Finance, will seek environmental approval and other required permits later in 2021. The project is backed by 50 institutional investors in the U.S. and is expected to improve rail infrastructure for several sectors, including agricultural, automotive, manufacturing and energy.