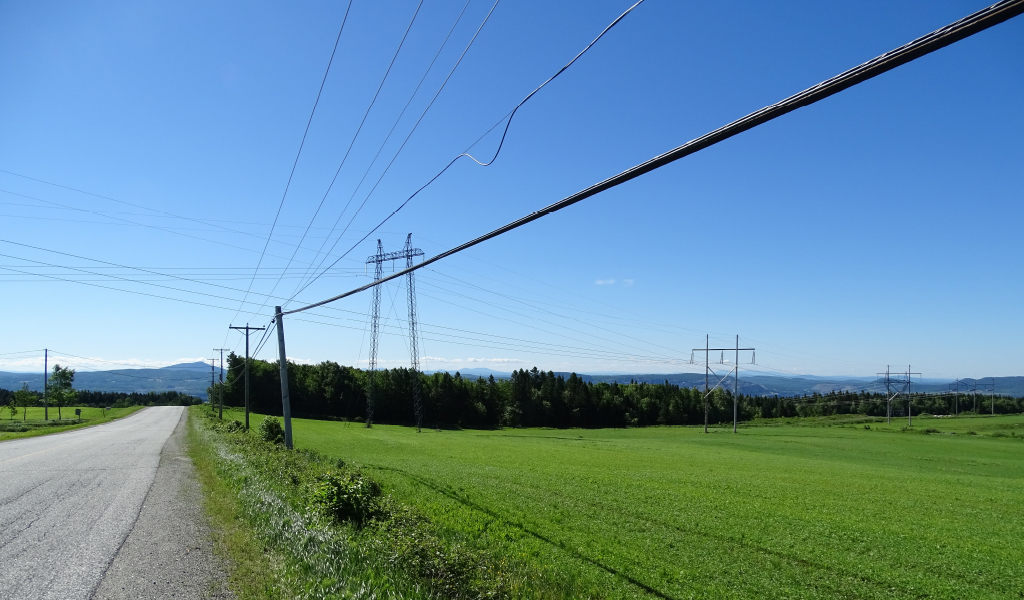 The Quebec government has given the green light to the Appalaches–Maine Interconnection Line project. This decision follows a 20-month environmental assessment process and a sustained collaborative effort between Hydro-Québec and local communities. The interconnection line will link to the future New England Clean Energy Connect (NECEC) transmission line, whose construction began in Maine last February.

“We have reached a major milestone in this project, which will have a significant impact in the fight against climate change and generate economic benefits for both Quebecers and our neighbors to the south,” said Sophie Brochu, president and CEO of Hydro-Québec.

This project was the focus of a provincial environmental assessment and review procedure, which includes a review by the Bureau d’audiences publiques sur l’environnement (BAPE), Québec’s office for public hearings on the environment. In its report, BAPE concluded that the proposed line route is acceptable from the standpoint of the biophysical and human environment thanks to Hydro-Québec’s optimization efforts and planned mitigation measures. The BAPE also determined that the electricity transmitted via the interconnection will contribute to the decarbonization of the economies of Maine and Massachusetts. The project was also approved by the Commission de protection du territoire agricole du Québec and by the Régie de l’énergie du Québec. 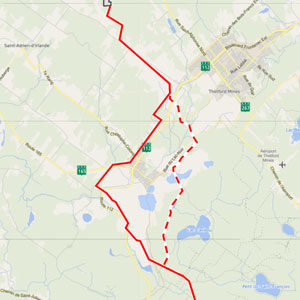 The line route selected is 103.1 km long and crosses both the Appalaches MRC (39.6 km) and Du Granit MRC (63.5 km), including eleven municipalities in all.

Since the power line is part of a transborder initiative, the project must also be assessed by the Commission of the Canada Energy Regulator (CER). This is the last approval to be obtained before construction can begin. According to the CER’s procedural timetable, the ruling is expected in spring 2021. Work could begin thereafter, with commissioning scheduled for 2023.

Once completed, the new interconnection will increase the exchange capacity between Québec and New England by 1,200 megawatts (MW). The interconnection will supply Massachusetts with 9.45 terawatthours (TWh) of clean Québec hydropower annually for 20 years. In addition, through an agreement signed with Maine last summer, Maine will receive 0.5 TWh annually for 20 years.

The clean and renewable energy provided to Maine and Massachusetts will help avoid over 3 million metric tonnes of greenhouse gas emissions annually—the equivalent of taking 700,000 vehicles off the roads.

Over 275 workers will be on site in Québec. At the peak of construction, this figure is expected to rise to 400. The project will generate regional economic spinoffs between $50 and $80 million.

The line route selected in Québec extends 103 km between Appalaches substation in Saint-Adrien-d’Irlande (near Thetford Mines) and a connection point in the municipality of Frontenac in Estrie on the Québec–Maine border. The length of the line route in Maine is 233 km.