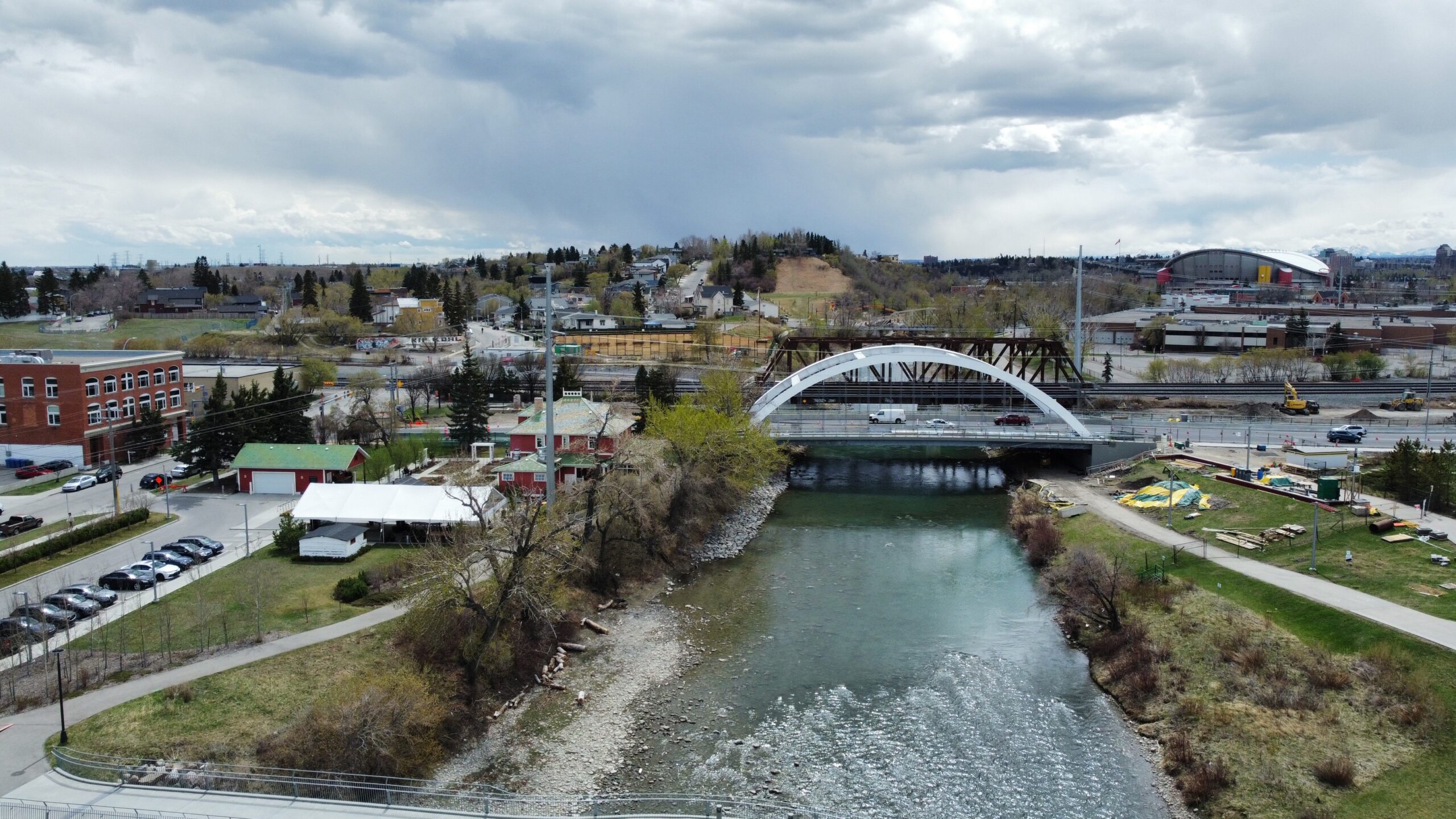 With approximately 26,000 bolts and 500 tonnes of steel, the new 9 Avenue S.E. bridge is now officially complete, welcoming travellers to the City of Calgary communities of East Village and Inglewood.

In February 2022, the new bridge opened for vehicle traffic, while work continued on the structure’s two multi-use pathways. With remaining construction now complete, pedestrians and cyclists can also enjoy this new connection over the Elbow River.

“Bridge projects of this type and scale have very unique challenges and opportunities, which makes achieving this milestone all the more rewarding for the entire team,” says Project Manager Evan Fer. “We are incredibly grateful and would not be here today without the continued support and patience of the community, citizens and area businesses throughout this project.”

Through a funding partnership with the Calgary Municipal Land Corporation (CMLC), The City began removal and replacement of the original 110-year old Inglewood bridge in 2019. With a design inspired by the original structure, the new 9 Avenue bridge boasts an iconic form built to modern engineering standards, while providing improved flood resiliency, lower maintenance costs and enhanced cycling and walking connections.

”The new 9 Avenue S.E. bridge is a critical community connection,” says President and CEO of CMLC Kate Thompson. “It will serve as an important link between Inglewood and Ramsay and the emerging Culture + Entertainment District, which is home to the expanding BMO Centre, the Saddledome and countless amenities and experiences on Stampede Park.”

With work on the bridge complete, both the west and east Elbow river pathways have been re-opened.

The temporary bridge, which maintained traffic connections over the Elbow River during construction, was removed in April 2022, when two traffic lanes opened on the new bridge. An additional two lanes are scheduled to open in July 2022, providing improved reliability for Transit and motorists. As part of the recognition of the historical significance of the bridge, the original Inglewood goose sign that once adorned the original 9 Avenue bridge will be installed in Inglewood’s Sculpture Park this summer.

“Parallel to the Canadian Pacific rail tracks, 9 Avenue reflects the history of confluence of community and culture – east to west – for people local and from afar,” says Ward 7 Councillor Terry Wong. “The new bridge will expand the opportunities for intersection and collaboration.”

“The 9 Avenue bridge is significant in so many ways,” adds Ward 9 Councillor Gian-Carlo Carra. “It is an important connection between communities, while serving as an unmistakable part of Calgary’s diverse urban landscape. This new landmark bridge will continue to serve Calgarians, no matter how they choose to travel, for the next 100 years.”

Funding for this $25.1 million project was provided through a $5.24 million Government of Alberta Community Resiliency Program grant, a $7 million contribution from the CMLC and funding from The City of Calgary.