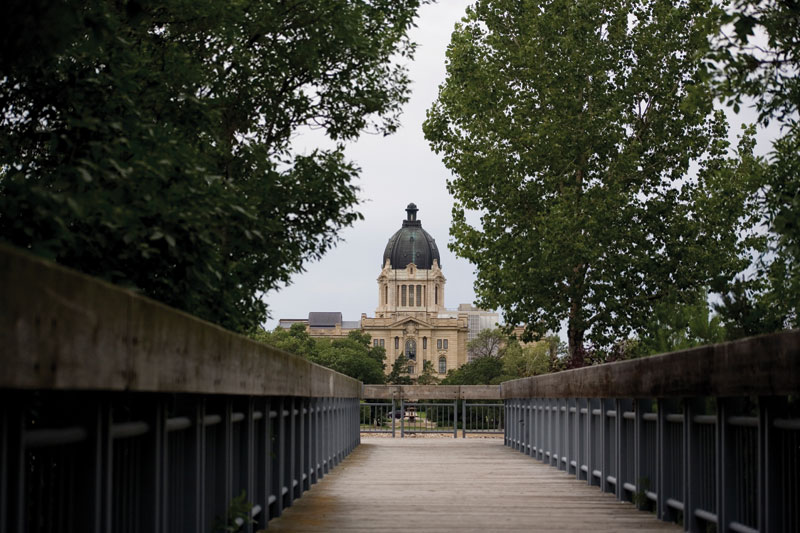 Properly maintained water and wastewater systems underpin our quality of life. Most Canadians are unaware of the poor condition of these systems and the risks associated with our governments’ lack of an adequate plan for long-term sustainability. If not addressed, this negligence will cause economic hardship and may also pose a threat to public health and safety and the environment.

In some municipalities, parts of water systems were built in the 19th century, with some dating back as early as the 1870s. In the City of Toronto, for example, half of the water network is at least 50 years old and almost 10 per cent is more than 100 years old. It was reported in May 2014 that 13 per cent of Toronto’s drinking water contained unsafe levels of lead due to the dilapidation of water pipes that were installed in the 1950s.

Inefficiencies in our water and wastewater systems are costly. On top of the province’s decaying municipal water and wastewater infrastructure, many drinking water distribution systems have leakage rates ranging from 10 to 50 per cent. On average, 25 per cent of every drop of water that is purified and sent through the system is lost through leakage. Municipalities spend a lot of money treating water that will never reach the end user. The impact is multiplied when you consider these systems are the top source of energy consumption for municipalities across Canada.

These risks are not hypothetical or worst-case scenarios, but ongoing problems that currently threaten water and wastewater systems in Canada.

The scale of the infrastructure gap is staggering. Canada’s municipal water infrastructure deficit currently sits at more than $80 billion. Many municipal systems require significant capital investments that most simply don’t have in their annual budgets.

So how do we repair an antiquated system given the financial dilemma faced by municipalities?

With a significant need for investment to update aging infrastructure and lack of budgetary capacity in municipalities to fund it, creative solutions are needed. Although many Canadians are (rightfully) concerned about the retention of public ownership over their water and wastewater systems, solutions that marry the best of public-sector oversight with private-sector financial innovation and technical advances are required.

The question of public versus private ownership of water is divisive. Sustaining and improving water and wastewater systems while retaining public ownership of our water utilities is fundamental to protecting our drinking water and public health. The issue we have today is not with who owns what—but more so who pays for what.

With the financing gap, coupled with the concern over public ownership, how do we inject new capital into a sector that has long shuddered in fear of any private involvement?

Consider the example set by the Province of Ontario. Public-private partnerships (P3s) have been used by the Ontario government to inject private capital into the public health care domain for more than a decade. The result has been remarkable. The gap that once existed between the available public funds and the investments required for new and aging hospitals has decreased dramatically. The government, alongside health-care officials, managed to balance the injection of private financing models with the sensitivity over the public ownership of hospitals and health-care facilities.

P3s proved to health-care officials and local municipalities that they would retain ownership over their health care services and transfer financial and related construction risks over to the private sector. This, in turn, protected the taxpayer and ensured that the system is maintained and kept to a higher standard than what currently exists. The utilization of the P3 model also promotes full-system cost recovery and ring-fencing, which protects consumers from financial instability and guarantees that any money generated by the system stays within it to encourage regular re-investment and renewal.

Both full-system recovery and ring-fencing are critical in making the P3 model work for water and wastewater projects as it will help municipalities deal with the current economic conditions that call for tight budgets and decreased spending. The injection of private financing into the system would promote technological innovation that could make Canada one of the world leaders in clean water technology.

Following this example, Canadian municipalities need to consider adapting the P3 model to close the financing gap that currently exists in the water and wastewater sector. Municipalities like Victoria, Edmonton, and Regina are already leading the way in adapting the model for use in the water and wastewater sector. These municipalities were successful in implementing the P3 model despite fears it would kick-start the privatization of public infrastructure, loosen accountability, and begin the process of monopolizing water and wastewater entities. Victoria, Edmonton, and Regina were all able to prove that the P3 model would ensure the retention of public ownership; increase operational and financial transparency; and promote a fair, open, and efficient bidding process.

Regina consequently approved the use of the P3 model for its water and wastewater systems in September 2013, with 57 per cent of the population voting in support of a referendum on the issue. This process proved that a proper explanation and defense of the P3 model is crucial in the early stages of any project that involves a public utility—especially one as galvanizing as water and wastewater.

Those who are critical of applying the P3 model to public utilities claim the push for profit and a solid return on investment will lead to an increase in water rates, decrease in system reliability, and cuts to vulnerable users. However, properly structured and administered contracts provide protection to municipalities and ratepayers.

Putting aside the argument for P3s, it should be apparent that the water and wastewater systems need immediate attention in Ontario and Canada as a whole. Boil-water advisories, broken watermains, lead toxicity, and E. coli outbreaks will continue to occur if we do not address the antiquated water systems crumbling under our feet.

A Roadmap to On Time, On Budget for Mega-Project Planning