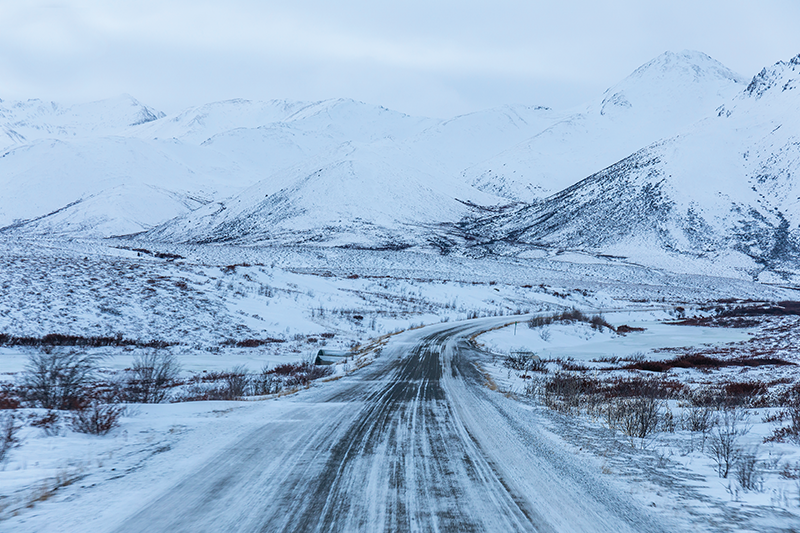 No region of Canada is without its infrastructure issues. But with a small tax base and a climate playing havoc on its lands, the infrastructure challenges in Canada’s northern territories are significant.

In November 2019, Katrina Nokleby was named the Minister of Infrastructure under new Premier Caroline Cochrane. Nokleby, the Member of the Legislative Assembly for the Yellowknife-based riding of Great Slave, is no stranger to the business. A consulting engineer by trade, she served as the president of the Association of Consulting Engineering Companies from 2015-2017.

Just a few months into her role, Nokleby is already knee deep is a sea of growing infrastructure priorities that all need to be addressed sooner than the money can flow to address them. 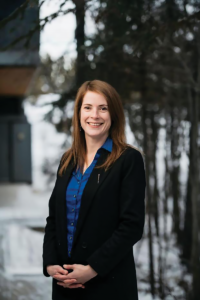 How has your engineering background helped ease you into your new role?

I honestly don’t know how you could take on this portfolio without some sort of technical or private industry background. I had issues with procurement as a consultant, so understanding what those concerns were, then I could add the department certain questions. […] So I know that […] the department was actually quite excited to have an engineer that they didn’t necessarily need to explain what they were doing to. I understand what they are doing so we can have a conversation a lot quicker about where we are going with the department versus ‘we have to spend two years getting our minister up-to-date on what infrastructure means.’

Now that you are into the role, what are some of the changes that you would like to make?

We have an issue in the north where, particularly once the downturn in Alberta happened, where we see a lot of southern companies eyeing business in the north and wanting to do business in the north. But then for us as a government that doesn’t really make a lot of sense. Because if, with our own procurement dollars, we are hiring southern firms, that money is leaving the territory. Whereas if we hire northern businesses who hire local and northern people, then we are helping ourselves from an income support standpoint.

One of the things I really want to see is, and it is one of our priorities under the new assembly, is to maximize GNWT dollars for northern and Indigenous businesses. Keeping that money in the north and using our projects, our big infrastructure projects, to create apprentices and training people so that the Indigenous groups and their organizations are not just the unskilled labour. I would like to use our procurement and our big projects to actually increase the skill sets of workers in the north.

See also  Power to the Rails

We are already starting to see that with new projects such as the Tlicho All-Season Road. Is this a sign of things to come?

I think you can expect to see that a lot more of our contracting will come out with more [questions around] what’s your training component, what is your socio-economic benefits that you are going to bring?

We do have really good IBAs [Impact Benefit Agreement] between the mines and the groups themselves and then we do the socio-economic ones between the government and those industries. But actually having them be more than a little bit of lip service […], let’s have it be a tangible skill set that we pass on so that we can have capacity for other projects. And then as well the Indigenous groups can then start to get ownership of their own projects and they have their own people that can work on those projects.

Another thing that we are looking at is a polytechnic university in the north. We have a college right now that is mostly trades focused, but we would like see some sort of transition into some sort of an earth-sciences-based university where we could be doing permafrost research. But what for me is really exciting about that is maybe we would end up with northern and Indigenous engineers, and they would be the decision-makers on projects. […] I’d like to see them be the drivers of their own projects.

Are there any specific actions you are taking to work with changing foundations caused by inconsistent levels of permafrost throughout the territory?

The federal government just released a standard that had a lot of northern engineers’ input on geotechnical investigations in permafrost zones. So now we are seeing the change in the design. Where before maybe they were relying more on the permafrost to provide the foundation support to the piles, we’re not really relying on that any more. So you’re starting to see that change within the design industry.

But with the government itself what you’re seeing in the Tlicho All-Season Road is a good example of that; they had to incorporate a permafrost plan in the design and construction plan. I think that might be something that you see more within our own procurement and contracting is having more requirements on what you’re going to do with permafrost. What are you going to do if you come across it and you didn’t expect it, even mitigating it or protecting it?

The Inuvik-Tuktoyaktuk Highway is an entirely fill highway. It’s very unusual, but it was to protect the permafrost. Because as soon as you start to dig into permafrost, you are daylighting it and exposing it to warmer temperatures so you start to lose it very rapidly.

With some ice roads being reliable for months less than previous years, it seems like you’re being forced to make the construction of all-season roads a greater priority. How are you adjusting to the greater demand for permanent transportation routes?

For me, one of the biggest things I see as my job to do is to show the linkage between infrastructure to [other MLAs’] social issues, and not make it an either/or situation, but rather show how our deficit of infrastructure is impacting our social issues. One of the people said: it’s not just about the economy and jobs, it has to be about social stuff. I said if you’ve all the sudden got one of those mines shutting down and 400 Yellowknife-Dene are out of work, you don’t think things are going to be impacting your social issues? Showing that, by spurring our economy, which we can do through these infrastructure projects, we keep people working. We keep people off of assistance. We keep people with a reason to get up in the morning.

It was a really eye-opening experience for me with one of the community MLAs said to me. They were talking about education and such and they said: when parents aren’t getting up to go to work, there is nobody getting the kids up to go to school. And that was something that had never really occurred to me to think about that. But even having a job is going to mean that somebody is getting up in the morning and they are going to get their child up to go to school.

I really want to see empowering workers in the communities so that they’re feeling more pride in themselves and then they can be the drivers.

There is also a great need for you to address energy needs: getting communities off of diesel as soon as possible. What work are you doing to try and appreciate the energy solution for each of the individual communities?

We definitely have to be very community-specific when we’re looking. One-size-fits-all does not work in the north. We have a vastly different physical environment from where we are at the border up to Tuktoyaktuk.

We do need to work on Talston. The mines themselves say that they know they have a PR issue and that they want to have sustainable mining. They want us to expand Talston because they would like us to run those cables up into our mineral-rich areas. So I see that as being something that needs to happen. That could also mean running submarine cables to Yellowknife, take care of Yellowknife’s issue.

But then I think when we get into some of the other more remote communities, we would have to be looking at something else. LNG is one option we’re exploring. We have a well in Norman Wells that has gone wet so right now they are bringing up propane from the south to power things and that’s not very economical and not very greenhouse gas friendly. I think we are going to have to be very flexible and adaptable to whatever the different specific needs are.

Another area we are looking at is run-of-river hydro, little mini hydro plants if it meets that community’s needs. But I think they are going to be hybrid systems for the most part. Solar is great in summer in the north, not so good in the winter. Maybe we need to have wind turbines for the winter. So I think we do need to look very community-specific each time.

Thank you to Minister Nokleby for taking the time to sit down with us to discuss infrastructure challenges and opportunities in the Northwest Territories.

Featured image: As permafrost levels change and the temperature stays warmer, the need for all-season roadways to support passenger and truck travel like the Dempster Highway increases, straining the territory’s infrastructure budget.