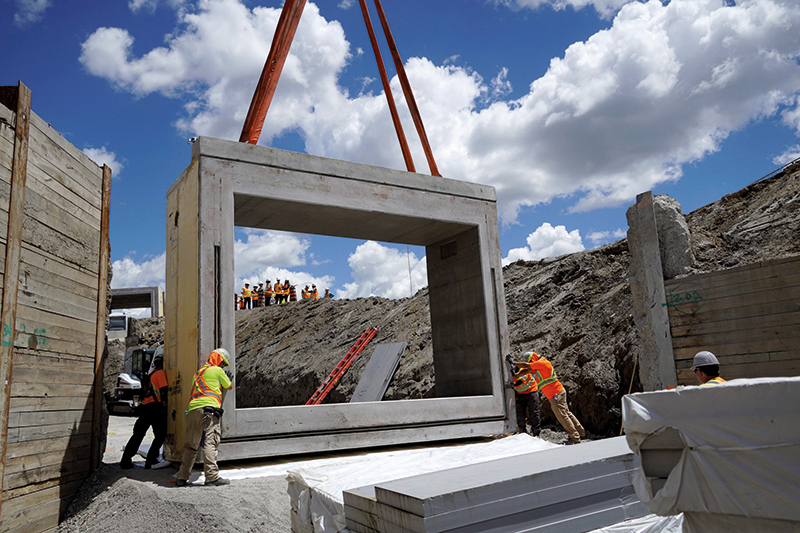 Many of the services communities rely on—including water, sewer, stormwater, and telecommunications—involve underground infrastructure. At the same time, this infrastructure is under increasing pressure due to aging systems, population growth in urban centres, and climate change.

So, it only makes sense to have a national organization dedicated to this important sector.

The transition was swift. Knight asked the board of directors to explore what the next iteration of the sector should include

It began in the fall of 2021, when CATT explored how the sector could be better represented geographically. Soon discussions involved representatives from CETT and by the spring of this year, CUIIC had approval from the University of Alberta and letters of support for the transition from more than 20 organizations across Canada.

According to CUIIC’s new director, Alireza Bayat, Ph.D., P.Eng., professor in the Department of Civil and Environmental Engineering at the University of Alberta, the new organization’s mandate is broader, not just focused on trenchless technologies, but the broader underground infrastructure sector.

“We are forming a community for people who are working underground,” says Bayat, who is also an NERSC research chair in underground trenchless construction and the former director of CETT.

“As a member you are joining this community and collectively as a community, we will identify problems and we are going to work toward finding solutions.”

The aim says Bayat is to drive innovation and lower the risks associated with underground construction. ​​“The underground sector brings together many domains—water, wastewater, transportation, gas distribution, energy, power, and telecommunications among them—that face similar challenges related to the construction and maintenance of underground infrastructure.

“We hope through our research that we can improve methods so that the risk in underground infrastructure projects can be reduced.”

CUIIC has organized three committees, that have met already, to chart new paths, with three pillars in place – research and innovation, education and outreach, and industry and membership.

With CUIIC, any company becoming a member is officially a research partner with the University of Alberta.

“As a member, you aren’t just paying a membership, you are a research sponsor for all the CUIIC research that will happen,” explains Bayat. “The concept here is that for less money, people can be part of that research community. We are building a crowd together to support the research and education mandate of this program.”

As research partners, CUIIC members will get access to the results and work that went into the research. To help shape the research, CUIIC plans to run a yearly survey for its membership to identify the problems that the industry is facing and prioritize the problems.

“CUIIC will act as an incubator for industry solutions,” says Bayat.