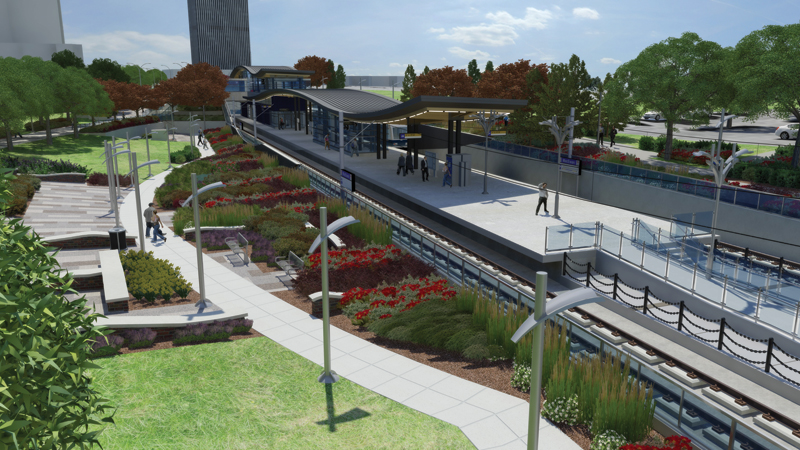 The way we imagine and build our cities in the 21st century will be shaped by several groundbreaking policy initiatives announced in recent months. And the good news is that their implications will go beyond the two-thirds of Canadians whose quality of life will be changed forever by setting the standards for future urban development.

Infrastructure forms the backbone of our economy by providing physical connectivity through transport networks, health care through hospitals and access to safe drinking water, education through schools and centres of higher education, and public facilities for recreation. By its very nature, infrastructure is expensive to build and maintain, which means that we must be prudent to get the best value for our investments.

Due to a long period of neglect in the latter half of the 20th century, there has been much focus on the importance of closing the infrastructure gap. Governments across Canada have made infrastructure renewal and expansion a big priority. It has been the subject of much debate and research, with increasing emphasis on value for money. Given the size of the investments, it is critical for all elected officials to maximize the return.

This is particularly so for transportation, as the relationship between community, space, proximity, connectivity, access, and mobility are all functions of the interplay between transportation infrastructure and land use. This is why placing public transit at the centre of communities and integrating transit development with land use decisions is so important. This relationship is the first of six key themes in the Canadian Urban Transit Association’s Transit Vision 2040, a blueprint for the next generation of urban transit development in Canada.

Transit needs the right land use to function effectively and efficiently, and developments need transit to maximize their value. Land use and transportation plans need to address issues like transit-oriented development standards in key nodes and corridors, pedestrian-supportive streetscaping, and transit corridor protection.

In that regard, transit’s role and needs should be considered within regional and municipal plans for land use, environmental management, and social or economic development. Cities and regions should work toward developing more compact communities that transit can serve efficiently. Residential and employment density should be concentrated in key nodes and corridors to support frequent and efficient transit service. A mix of transit-supportive land uses should be encouraged in close proximity to transit stops and stations for convenience and improved access to local services and amenities. Finally, a range of housing options should be provided with special emphasis on a high level of accessibility to transit.

The first important initiative was the long-awaited announcement by the Quebec government of its National Strategy for Sustainable Mobility, which makes critical commitments to integrating land-use planning and transportation. Through legislation, municipalities will be required to undertake planning in an integrated fashion, taking into account transport implications and favouring public transit. Previously optional, making such integration mandatory will have a direct impact on all municipal and regional master plans.

Land use, quality of the urban environment, and the development of culture are key determinants of how successful transit can be. Likewise, the quality of infrastructure planning and design can shape our communities and make an important contribution to creating civilized places and spaces. Transit infrastructure plays an important role in defining the quality of our cities and communities. Transit facilities can be exciting, even iconic, and there is increasing recognition that they can serve a mobility function while also contributing to the urban environment.

With the aging of Canada’s population in the coming years, increasing attention will need to be paid to facilitating access and mobility for a segment of the population that will by more reliant on public transit. This is a factor in communities of all sizes, especially smaller ones and suburban areas that are not able to support conventional transit options. New ideas and innovations will be required to develop infrastructure and community support networks to meet this need.

Furthermore, Canada’s youth are seeking lifestyles that are more connected and virtual, relying less on driving and more on walking, cycling, and public transit. Evidence is increasing that getting a driver’s licence is no longer a rite of passage for millennials, who are more interested in proximity and connectivity than previous generations. In many ways, smart phones and smart cards are replacing car ownership as opportunities for car sharing, bike sharing, and instant mobility replace a car-oriented lifestyle. This shift has huge implications for infrastructure and places public transit at the centre of communities.

The second important initiative was the release by Ontario of its latest Provincial Policy Statement (PPS) on land use, which defines the government’s policies on land-use planning. It applies province-wide and provides clear policy direction to promote strong communities, a strong economy, and a clean and healthy environment, including policies on key issues like the efficient use and management of land and infrastructure, protection of the environment and resources, and ensuring appropriate opportunities for employment and residential development. The new PPS, issued under the Planning Act, took effect at the end of April 2014 and applies to planning decisions made on or after that date.

The new PPS recognizes that efficient land use and development patterns support sustainability by promoting strong, liveable, healthy, and resilient communities, protecting the environment, public health and safety, and facilitating economic growth. It is also built on a premise that efficient development patterns optimize the use of land, resources and public investment in infrastructure and public service facilities. These land use patterns promote a mix of housing, including affordable housing, employment, recreation, parks and open spaces, and transportation choices that increase the use of active transportation and transit before other modes of travel.

Thirdly, performance indicators proposed by the Ontario government under its Places to Grow Act include measurement around the creation of more compact, mixed-use, and transit-supportive communities; a mix of housing types, employment opportunities, and an urban form that supports walking, cycling, and transit; and integration of land-use planning and infrastructure investment.

These initiatives point toward an increasing trend among governments to build stronger links between urban development and infrastructure, thereby ensuring optimal return on investment and sustainability. Placing transit at the centre of communities is an important strategy in that direction.

Michael Roschlau is president and CEO of the Canadian Urban Transit Association.