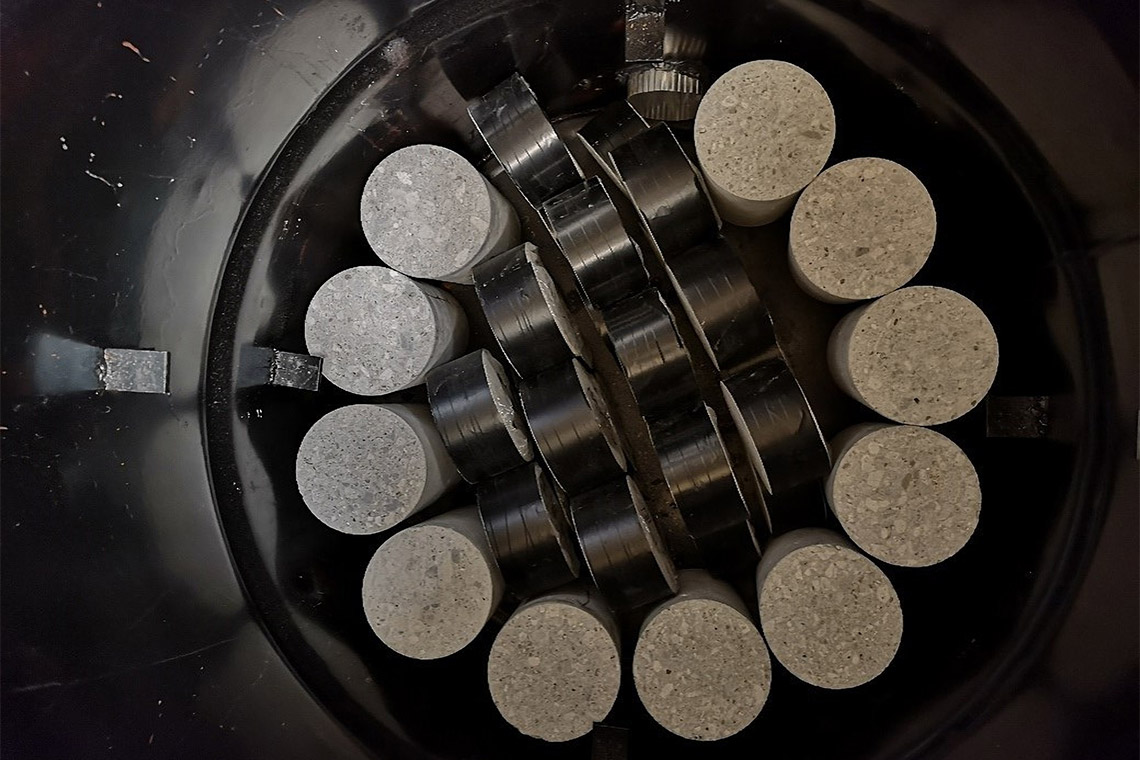 The Canada Green Building Council (CAGBC), in partnership with the University of Toronto (U of T), announced a contribution of $1.7 million in funding from the Government of Canada through the Climate Action and Awareness Fund. The contribution will support an industry-driven project centered on carbon capture and utilization research.

Now, a new collaboration between a team of researchers led by Daman Panesar, a professor in the University of Toronto’s department of civil and mineral engineering in the Faculty of Applied Science & Engineering, and the Canada Green Building Council (CAGBC) will identify the potential and implications of low-carbon approaches and technologies and how they might capture large amounts of CO2 and trap it in concrete.

“Currently, several low-carbon concrete framework documents have been produced worldwide and most of these roadmaps have set 2050 carbon reduction targets related to several levers, such as clinker-cement ratio, alternative fuel use and carbon capture, storage and sequestration,” says Panesar.

While there has been preliminary work on several carbon utilization approaches, few have been implemented on a large scale. Panesar and her team will examine the challenges associated with scale-up of these strategies and explore new technologies that can effectively turn built infrastructure into a carbon sink.

“Natural carbonation of concrete occurs by a chemical reaction between the constituents of concrete, particularly cement, and atmospheric carbon dioxide – and it has the potential to occur throughout the life of the concrete,” says Panesar.

“However, accelerated or enforced carbonation approaches are relatively new technologies, which can also be referred to as carbon capture and utilization technologies, and can be introduced at different life stages such as during manufacture or at end-of-life.”

Today, carbon capture often requires expensive storage or unprofitable ways to use CO2. However, concrete and its main components (cement, water, aggregates, and admixtures) can utilize CO2 as an input ingredient, potentially making it a cost-effective path to negative emissions. Since concrete is the most widely used material on earth after water, using it to capture carbon could have significant environmental and economic benefits.

Carbon capture has the potential to shift from an incremental cost of business for emitters to an economic opportunity that leverages CO2 in market-viable products. No sector represents a greater opportunity for carbon utilization than construction and infrastructure, as they represent the most material-intensive sector in the Canadian economy.

This research collaboration between academia and industry will critically review and identify the potential role and effectiveness of carbon capture and use in concrete, potentially aiding Canada’s efforts to lower GHG emissions. The research findings will complement efforts by designers, producers, policymakers, industry, municipalities, and governments to advance solutions and a roadmap for low-carbon cement and concrete construction, and aid in the life cycle analysis of buildings and infrastructure. The research will also provide context for climate policy development, including carbon pricing and climate action plans.

The federal funding for this project is supported by Environment and Climate Change Canada’s Climate Action and Awareness Fund largely created from the $196.5 million fine paid by Volkswagen to the Environmental Damages Fund for circumventing Canada’s environmental protection rules. The Fund supports projects that will help reduce emissions across Canada and is strengthening Canada’s capacity to take climate action by empowering youth and communities and boosting climate change science and research.

“As the national organization representing members and stakeholders across the green building spectrum, CAGBC can access industry expertise to help advance research and mobilize the sector to implement market solutions,” says Thomas Mueller, president and CEO of the Canada Green Building Council.

“We are proud to partner with the University of Toronto on a project that has the potential to significantly reduce embodied carbon emissions from the cement industry. The results will contribute to the collective effort to decarbonize construction.”

Featured image: Samples of concrete cure in a carbonation chamber in the lab of Daman Panesar, a professor in U of T’s Faculty of Applied Science & Engineering (UofT/Dr. Runxiao Zhang)