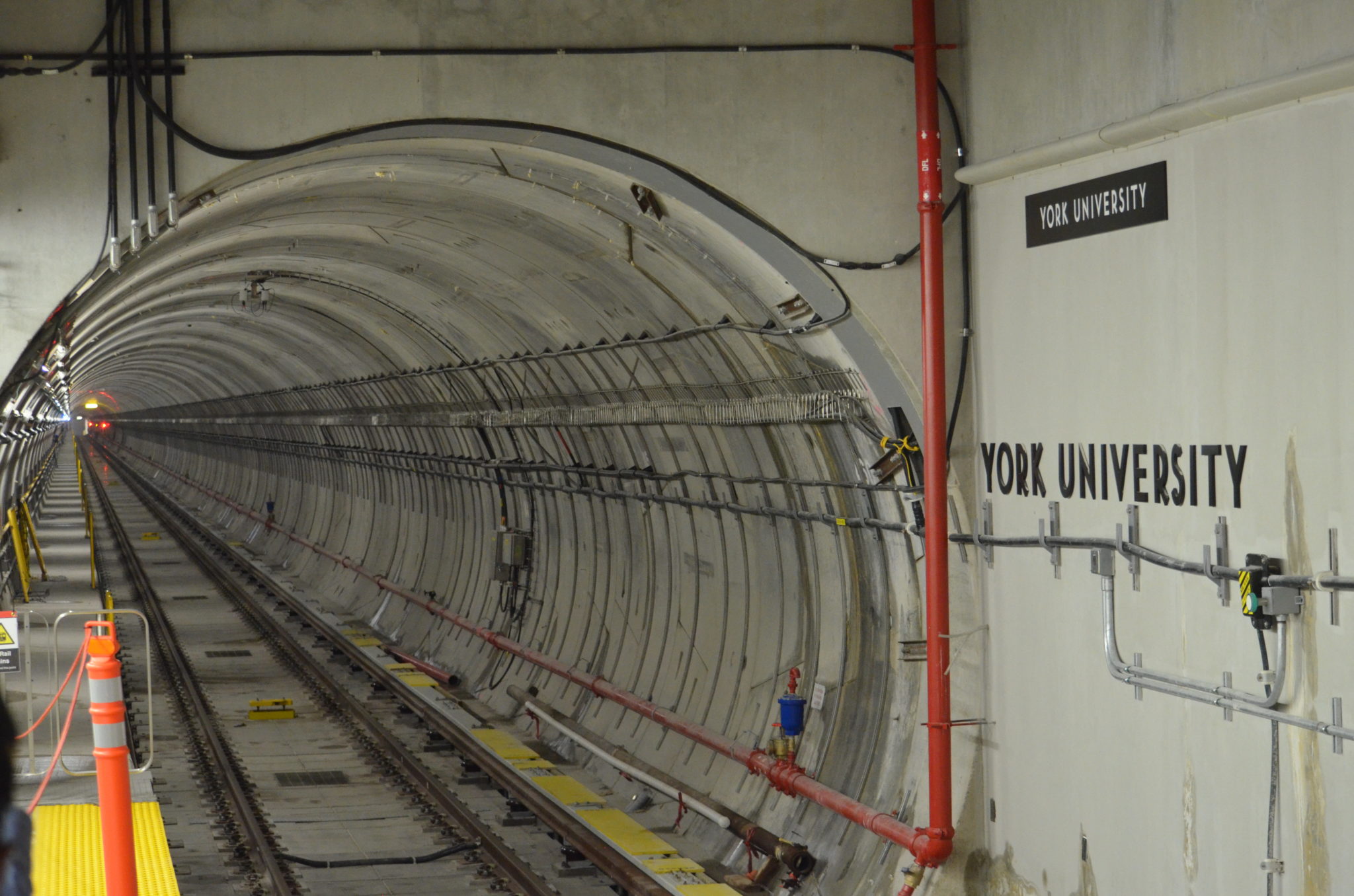 On December 17, 2017, the $3.18-billion Spadina Subway Extension officially opened to the public. The six-stop subway extends the Line 1 University Line, providing new subway access to Downsview Park and York University, breaching the borders of Toronto and into the City of Vaughan.

The project experienced its fair share of controversy, and was viewed by many as being farther down the Toronto transit priority list. However, the new line ushers in the first of many projects that will greatly expand the city and regional transit footprint with the Spadina Extension being, for better or for worse, the first to have the completion-ribbon cut in more than 15 years.

Whichever side of the debate you find yourself on, the subject of political interference in transit is one that will continue to be revisited as the Greater Toronto Area transit expansion continues, with the Eglinton LRT, Finch LRT, Scarborough Subway Extension, and the Relief Line among the major initiatives that will be completed or underway in the next 10 years or so.

Below is a Letter to the Editor written by RCCAO Executive Director Andy Manahan. This letter originally appeared in the May/June 2015 edition of ReNew Canada, but is still very relevant in the ongoing discussion of taking politics out of transit planning.

Last year, the Residential and Civil Construction Alliance of Ontario commissioned a four-part video series (bit.ly/transitvideo) in which the main theme was on minimizing political interference in transit planning and maximizing political support for the approved plans.

Transit historian Ed Levy, in his book Rapid Transit in Toronto: A Century of Plans, Progress, Politics and Paralysis, has written about many worthy projects in the past 100 years that have been proposed but abandoned for various reasons. Levy, for example, is adamant that a Regional Relief Line is a critical project, which will provide options for suburban commuters and take pressure off the Yonge and Bloor lines.

Former Ontario finance minister Greg Sorbara recently released a captivating book about his life in politics, which contains a sub-chapter called “The York Subway Saga.” It shows the political will required to get a project through an increasingly complex process but it also substantiates the “political interference” theme of the video series. Over his career, he has proven that he is one of the most astute politicians around and clearly he recognizes that “the politics of transit in Toronto can best be described as a comedy of errors.” It is baffling however, that he thought that Bob Rae—as a newly elected premier in 1990—was “entitled” to make Eglinton the top subway priority. His reasoning that “priorities change when governments change” is a terrible indictment of Toronto’s transit planning process.

Do we ever hear a politician say, “I think this trunk sewer line should go here instead of here?” No, that is laughable, because politicians generally don’t have the engineering or operational expertise to make such decisions.

Why should public transit be any different?

Despite how well meaning politicians might be in their transit interventions, time and time again, an agenda is pushed through with little consideration for the input of transit professionals who, increasingly, are forced to accommodate political viewpoints that tend to overlook emerging issues or operational realities.

Another dilemma is being faced right now. Studies are underway by the City of Toronto on SmartTrack and there is a lot of political momentum for this project—but is it really the best solution? The line is very close to the existing Scarborough Rapid Transit corridor where a subway has been proposed to replace it. Will transit professionals be permitted to demonstrate that ridership might be cannibalized or that too many resources would be expended in this area?

In a constrained fiscal environment, it is exceedingly important that each $1 billion in potential investment be spent on projects that address real issues, such as insufficient capacity on existing subways or inadequate bus service in suburban areas. It is essential that we don’t get locked into transit projects because of certain political assumptions and promises.

Will our decision-makers have the political maturity to accept the findings and back down from their preconceived notions if the best evidence points to a different plan? As University of Toronto professor emeritus Richard Soberman said to me: “politicians should consider and make decisions on policies, objectives and plans developed by the professionals and then complete their responsibilities by ensuring that the required long term funding is available to both build and operate the planned rapid transit facilities.  Leave the details regarding technologies, station locations and alignments to the professional planners and engineers.”

Andy Manahan is the executive director of the Residential and Civil Construction Alliance of Ontario.