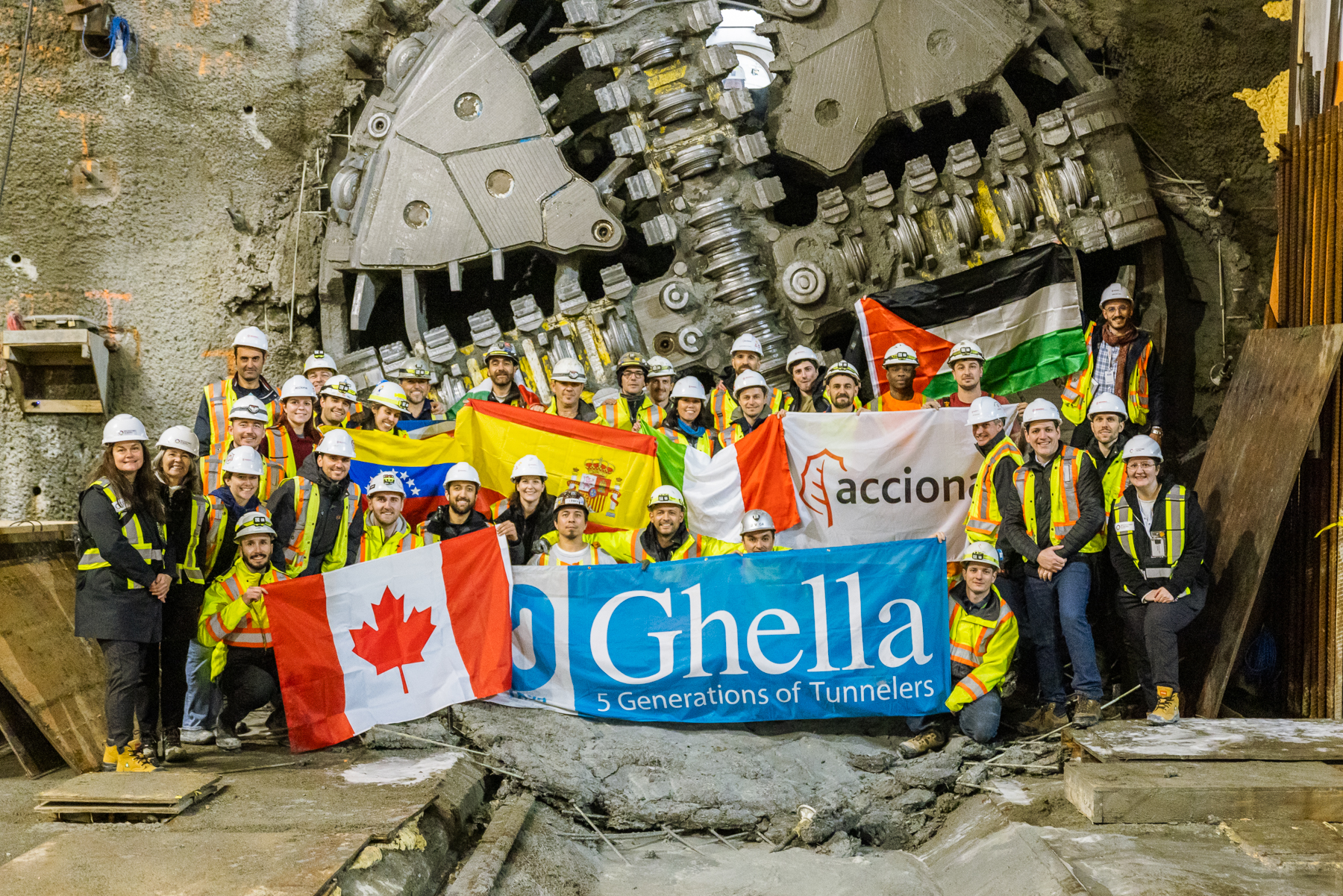 The Government of British Columbia announced that the first of two tunnel-boring machines (TBMs) that began excavating for the Broadway Subway Project last fall broke through to the future Mount Pleasant Station on the evening of Monday, Jan. 23, 2023.

Representatives from ACCIONA and its partner Ghella were on site to witness the major milestone.

“Our team will now focus on ensuring that subsequent TBM breakthroughs are executed safely and timely in the coming year, while progressing other important activities along the alignment such as the excavation and concrete works at the stations, and the completion of the elevated guideway.”

“This first and important milestone for our tunnels is the result of hard teamwork at all levels within our organization. A special mention goes to our Tunnel team, a perfect combination of international experts and local talents, who assembled and guided our ‘Elsie’ from Great Northern Way to Mount Pleasant. We are extremely proud to share this achievement with our client, our stakeholders and the local community, which are supporting us in the execution of this important infrastructure aiming to improve the quality of the life of hundreds of thousands of people in British Columbia,” said Ghella deputy project director for the Broadway Subway Project, Andrea Calì.

Progress continues to be made on the project. The second TBM, named Phyllis after well-known B.C. naturalist and mountain climber Phyllis Munday, began excavating on Nov. 29, 2022. Phyllis is expected to arrive at Mount Pleasant Station this spring. Each machine will take approximately one year to journey from Great Northern Way-Emily Carr Station to Cypress Street near the future Arbutus Station.

On other parts of the project, the 21 columns for the guideway between VCC-Clark Station and the future Great Northern Way-Emily Carr Station are nearing completion. Installation of girders for the track will begin this spring. Excavation and construction of the station foundations continue at the Broadway-City Hall, Oak-VGH, South Granville and Arbutus station sites in preparation for TBM arrivals. The line is scheduled to open in 2026.

The Broadway Subway Project will also support new transit-oriented developments, which create efficient, livable communities and maximize the opportunities provided by the investment government is making in public transit.

It is estimated the Broadway Subway Project will create more than 13,000 direct and indirect jobs during construction, supporting economic development within the region and beyond.

Featured image: Representatives from ACCIONA and its partner Ghella were on site to witness the Broadway Subway Project reach a major milestone with TBM ‘Elsie’ arriving at first station stop. (Acciona)