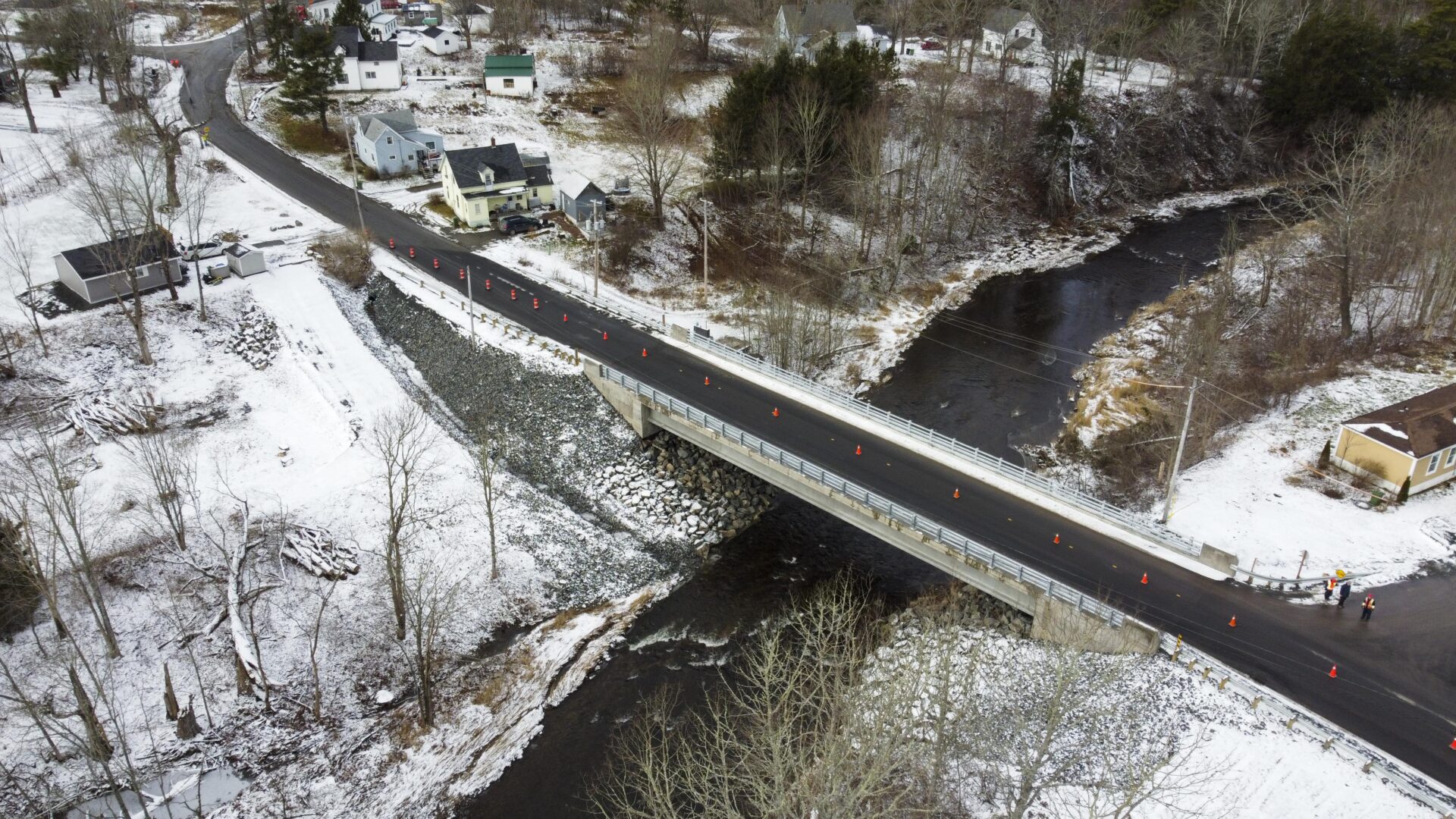 The Government of Nova Scotia announced that residents and visitors travelling through Eureka, Pictou County, no longer have to take a 15-kilometre detour thanks to the completion of the Eureka Mills Bridge. The bridge officially opened today, January 9.

The original Eureka Mills Bridge, built in 1887, was a 37-metre, single-lane truss bridge. The bridge was closed because it had reached the end of its serviceable life.

The new bridge, which opened to traffic in December, is a 38-metre, two-lane concrete structure with a sidewalk. It cost about $3.5 million.

About 400 vehicles cross the bridge daily.

“The Municipality of Pictou County is extremely pleased with the construction of a new, modern double-lane bridge in the village of Eureka. In the early days of our history, many communities were built up at key locations on our waterways, a key method of transportation, to turn water wheels and to serve as shipping routes. As communities grew up on both sides of the river, bridges were built to make the community one. Those bridges are gone, but new bridges are essential, not just to unite communities but vital to emergency services, servicing industries and saving time and fuel,” said Robert Parker, Warden, Municipality of Pictou County.

The new Eureka Mills Bridge has: