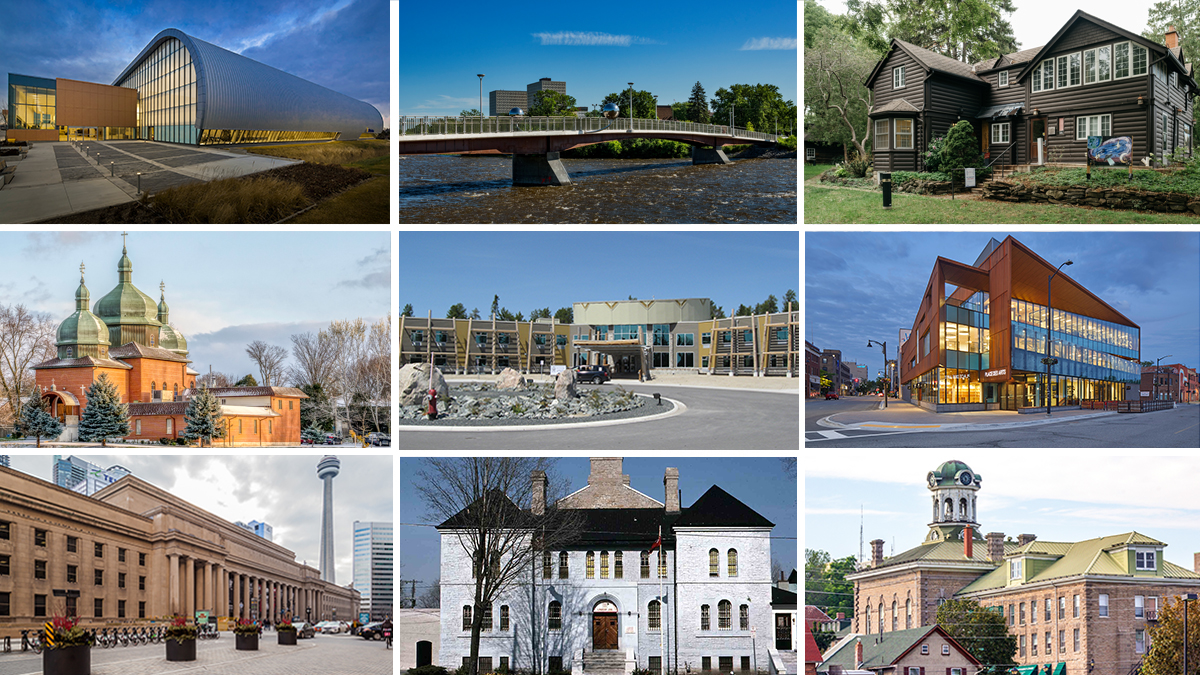 The Ontario Association of Architects (OAA) marked World Architecture Day virtually in 2022 with its annual Queen’s Park Picks (QP Picks) program—a collaborative celebration with MPPs across the province who share their passion for local architecture. Each year, a special exhibition at Queen’s Park highlights a selection of outstanding buildings. However, following the adjournment of the legislature, the OAA will presented the 2022 Queen’s Park Picks online at www.oaa.on.ca/QPP.

Now in its seventh year, the OAA’s Queen’s Park Picks (QP Picks) program asks Members of Provincial Parliament (MPPs) to share their favourite buildings or other structures from their ridings to be showcased as part of an annual celebration of architecture. The Association’s Policy Advocacy Coordination Team (PACT) reviews the nominations and selects a shortlist of outstanding projects to mark World Architecture Day, held annually on the first Monday of October.

An emerging theme from this year’s QP Picks is community, with numerous buildings playing important roles as spaces where people gather. As public health restrictions continue to ease and members of the public find themselves sharing spaces once again, the important role of community-centred buildings has come to the fore. This year, nominations highlighted some of the province’s most beloved gathering spaces.

“I am so thrilled that year after year, our Members of Provincial Parliament join us in recognizing the marvelous examples of Ontario architecture found in all parts of our province,” said OAA president Susan Speigel. “We must continue to respect and revere these beautiful places that form a crucial part of our social fabric.”

Nine projects have been selected by a jury of architects for this year’s Queen’s Park Picks online exhibit, which showcases the diversity of architecture in Ontario. The buildings chosen were:

Cole, Schmitt named Members of the Order of Canada