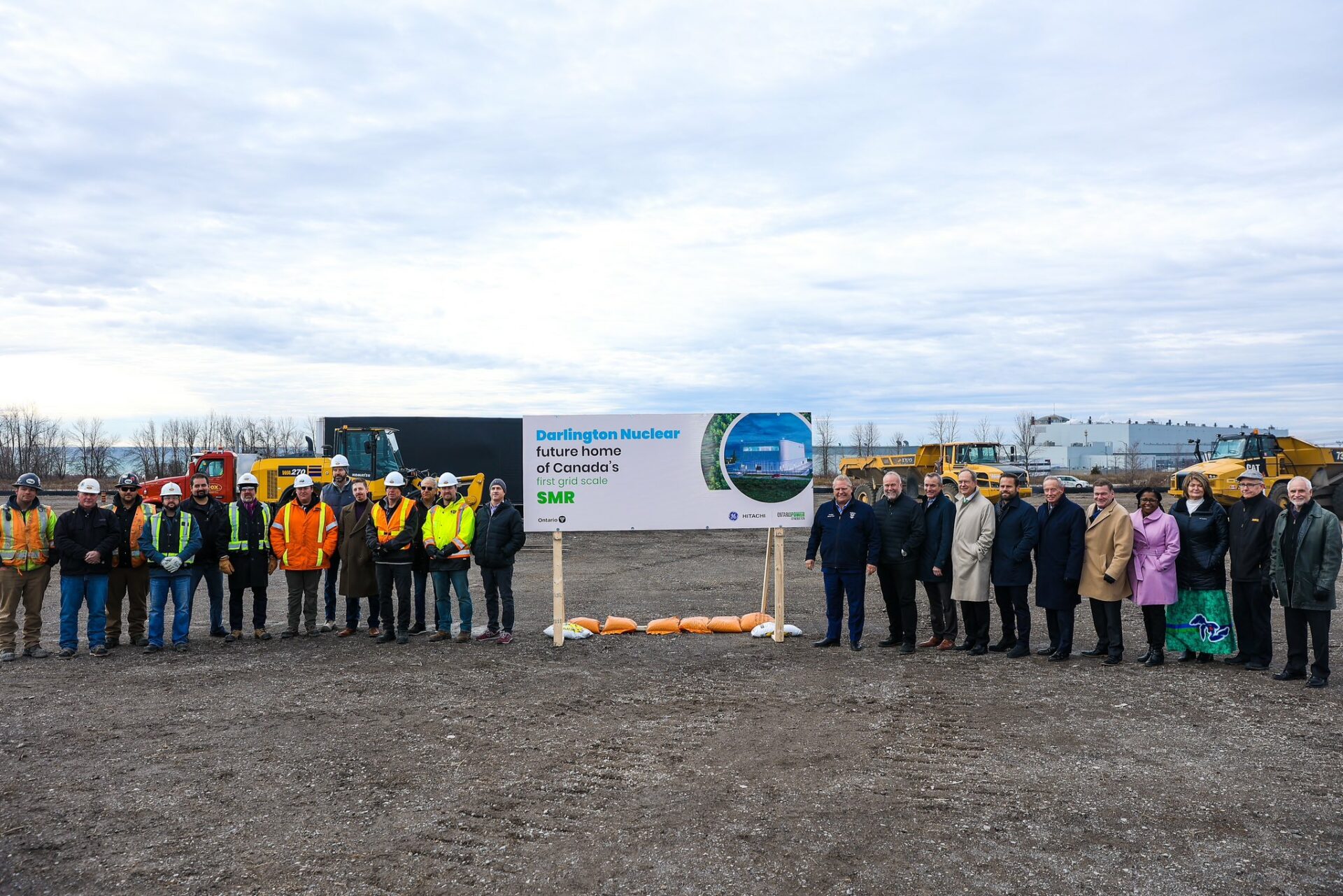 “With global businesses looking to expand in jurisdictions with clean and cost-effective electricity, small modular reactors will help compete for and attract more game-changing investments in Ontario’s economy,” said Premier Doug Ford. “Our government is getting it done and building the future of nuclear energy right here in Ontario to support the needs of our growing province.”

In March of 2022, Niagara-based E.S. Fox was awarded the contract to deliver early site preparation work, including water supply, electrical power, information technology and road services, paving the way for the SMR to be constructed by 2028. This work, valued at $32 million, will support over 100 new jobs in the Durham region.

“Ontario is clearly leading the world when it comes to new nuclear technologies,” said Todd Smith, Minister of Energy. “The Darlington SMR, part of our larger plan to ensure a reliable, affordable and clean electricity system, will ensure that we have the electricity we need to support our success in driving electrification and attracting new jobs to the province including unprecedented investments, from electric vehicles and battery manufacturing to clean steelmaking.”

The new SMR at Darlington will be Ontario’s first nuclear reactor build in a generation. This project alone will deliver 300 MW of electricity, which is enough to power 300,000 homes.

“This project leverages OPG’s decades of experience in providing reliable, safe and affordable electricity as well as Ontario’s strong nuclear supply chain to develop the next generation of nuclear power. The electricity produced by the SMR at Darlington will help ensure we meet Ontario’s growing energy needs, as electrification drives demand.” said Ken Hartwick, OPG president and CEO.

Lyash out, Hartwick in as OPG President and CEO