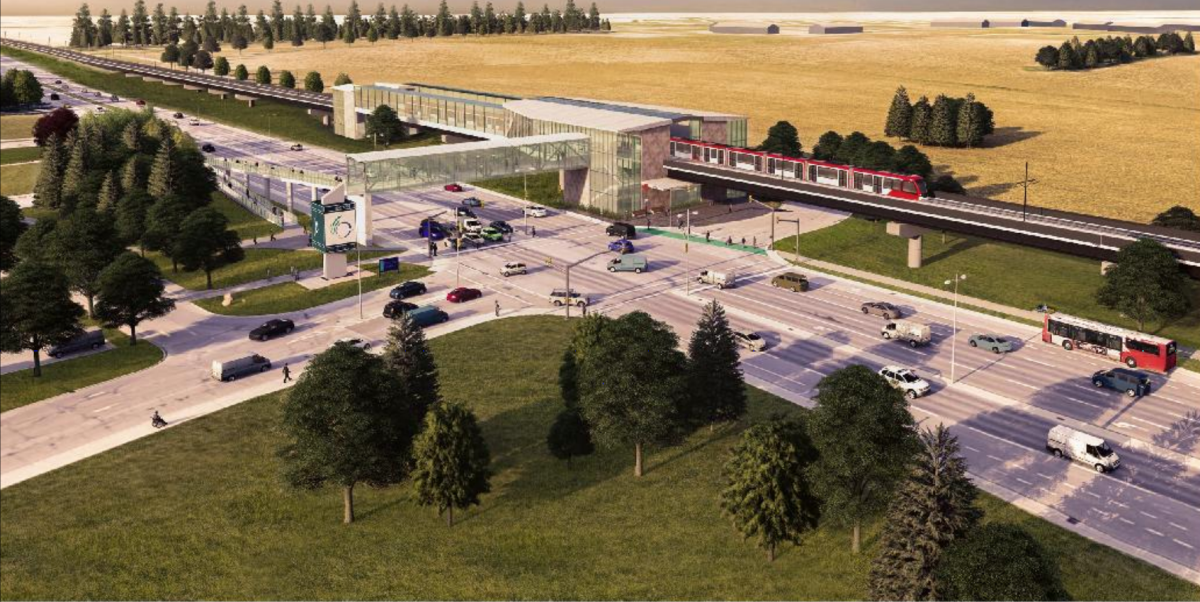 A major light rail transit (LRT) project has received the green light from the City of Ottawa’s Transportation Committee, but is pending approval from city council and funding from upper levels of government.

The committee has approved Stage 3 recommendations from the environmental assessment for Barrhaven Light Rail Transit (LRT) and rail-grade separations.

This LRT project would result in the extension of the line by 10 kilometres and seven stations. Double tracks would be elevated between Baseline Station and the Nepean Sportsplex, transitioning back to grade and following the existing southwest Transitway alignment to Barrhaven Town Centre, where a new park-and-ride facility would be built.

The design includes three bridges to separate VIA Rail tracks from Woodroffe Avenue, the southwest Transitway and Fallowfield Road, along with interim measures to make transit more efficient and reliable along Woodroffe Avenue. 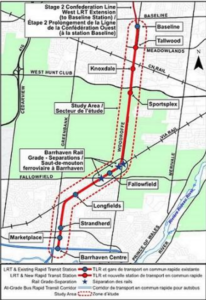 The estimated $3-billion project could be implemented in two phases:

As the recommended alignment of the LRT extension would affect 120 private rental units, the committee approved a motion to create a working group to examine options on how to assist the residents who are facing future relocation. The working group, which would include multiple city departments, Ottawa Community Housing representatives from the affected communities, the Ward Councillor and the Council Liaison for Housing and Homelessness, would make recommendations to the Finance and Economic Development Committee by the end of the year.

The plan has to be approved by Ottawa City Council before it can obtain funding commitments from the federal and provincial governments. Recommendations from the Transportation Committee meeting will be presented to Council on November 25.