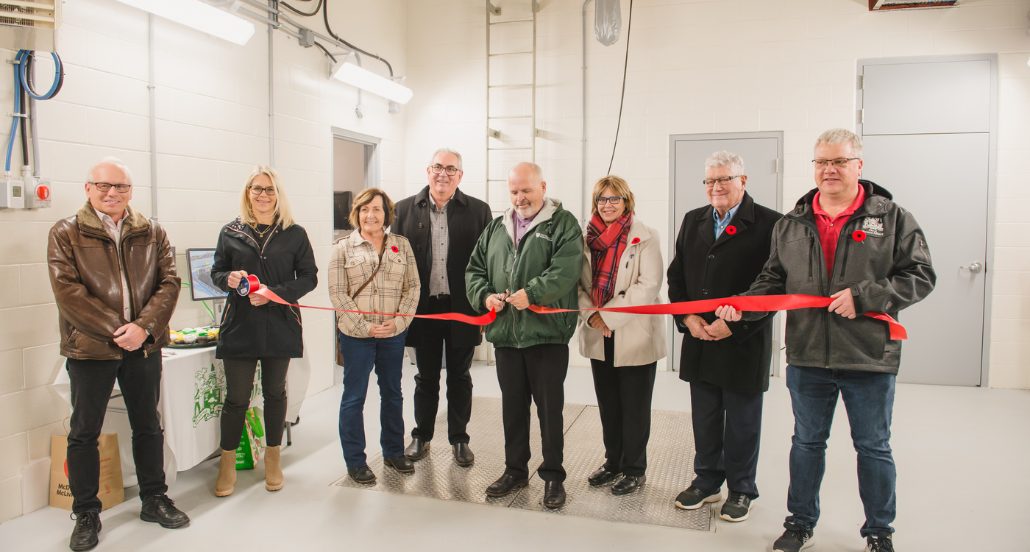 The City of Prince Albert announced the completion of construction of its new Raw Water Pump House along River Street West. This five-story building extends 15.9 metres below ground and 2.3 metres below river level.

The Raw Water Pump House is a facility responsible for pumping raw water from the North Saskatchewan River to the water treatment plant for treatment, storage, and distribution. The new design protects the river’s ecosystem through a screening and monitoring process that safely removes debris and diverts fish and other aquatic species back into the river, which results in pumping efficiencies and energy savings.

The facility runs 24-hours a day, seven-days a week pumping an average of 16,000 cubic metres of water a day. Two independent screening systems in the facility create redundancy – if one side goes down, the other will continue.

Under the federal Canada Community-Building Fund program (CCBF), the Government of Canada contributed more than $10.25 million toward the City of Prince Albert’s Raw Water Pump House project. Prince Albert funded the remainder of the infrastructure project. In Saskatchewan, the CCBF is administered by the provincial government.

“Our Government is investing in a reliable and effective water treatment system in communities across the country. Prince Albert’s new water facility will ensure the continued well-being of residents and the North Saskatchewan River’s ecosystem while supporting long-term growth in the region,” said Dominic LeBlanc, Minister of Intergovernmental Affairs, Infrastructure and Communities.

“Congratulations to the City of Prince Albert for completing this water project, which improves service, reliability and quality of life for their citizens,” said Joe Hargrave, MLA for Prince Albert Carlton. “Thanks to the federal Canada Community-Building Fund program – which the provincial government administers in Saskatchewan – eligible municipal partners have access to this federally-funded program to address their local priorities.”

“The Raw Water Pump House is the first step of providing high quality drinking water to the residents of Prince Albert which is one of the most important services we provide,” said Greg Dionne, Mayor of the City of Prince Albert. “The original Raw Water Pump House was built in 1923 so this project was a high priority. We are thankful for the Government of Canada for helping us shoulder the cost of this new infrastructure.”

Windsor to renew and upgrade infrastructure in areas vulnerable to flooding