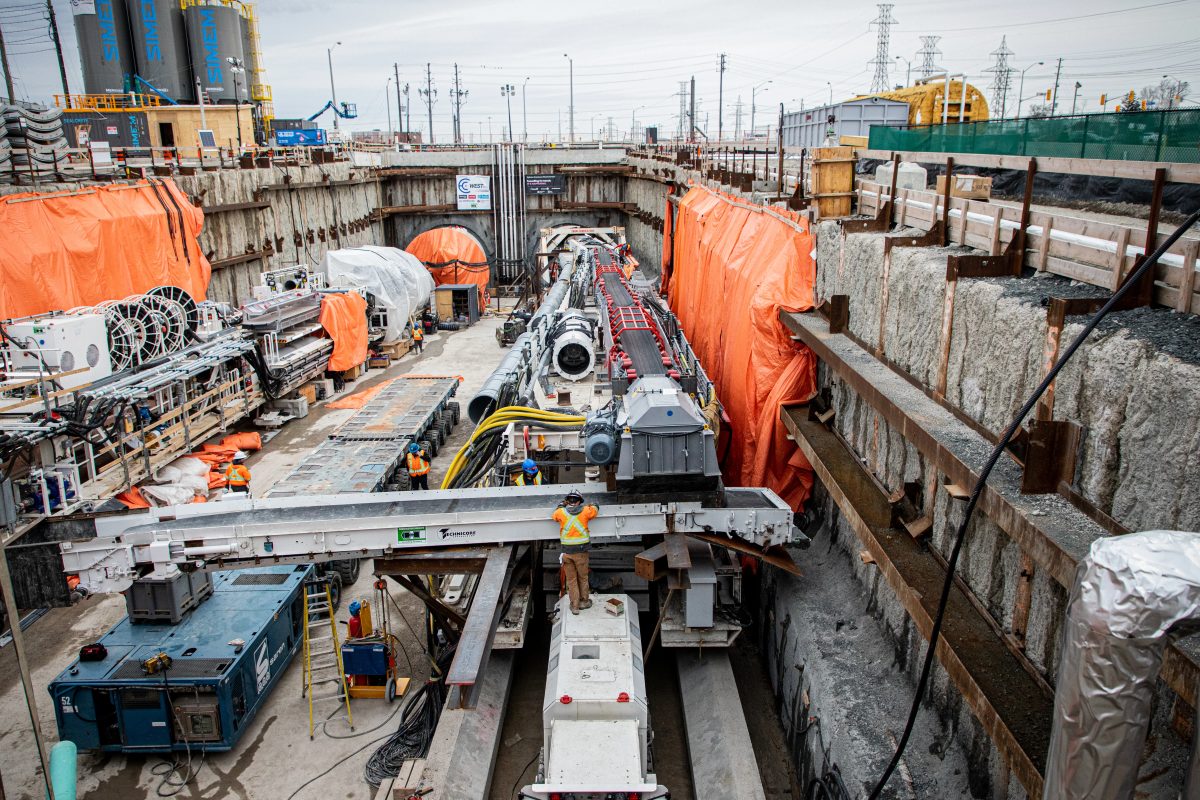 Infrastructure Ontario announced that the Request for Proposals (RFP) stage has closed for teams to submit their bids to design, build and finance the second Advance Tunnel Contract for the Eglinton Crosstown West Extension (ECWE). This 500-metre tunnel will start east of Jane Street and connect to the future Mount Dennis Station.

Following a fair, open, and transparent Request for Qualifications (RFQ) process, two teams were shortlisted and invited to respond to an RFP in April of 2022: Acciona-GIP Joint Venture (AGJV) and STRABAG. Both teams submitted their proposals by the RFP deadlines.

Submissions will be evaluated and IO and Metrolinx expect to award the ATC2 tunnelling contract in Spring 2023. A fairness monitor is overseeing the entire procurement process.

The Eglinton Crosstown West Extension is being delivered via various contracts and will bring the Eglinton Crosstown LRT another 9.2 kilometres further west, creating a continuous rapid transit line from the east end of Toronto through the heart of the city and into Mississauga.

The project is one of the priority transit projects announced by the Province in 2019 as part of the Subway Transit Plan for the Greater Toronto and Hamilton Area. The other projects include the Scarborough Subway Extension, the Ontario Line, the Yonge North Subway Extension and the Hamilton Light Rail Transit.