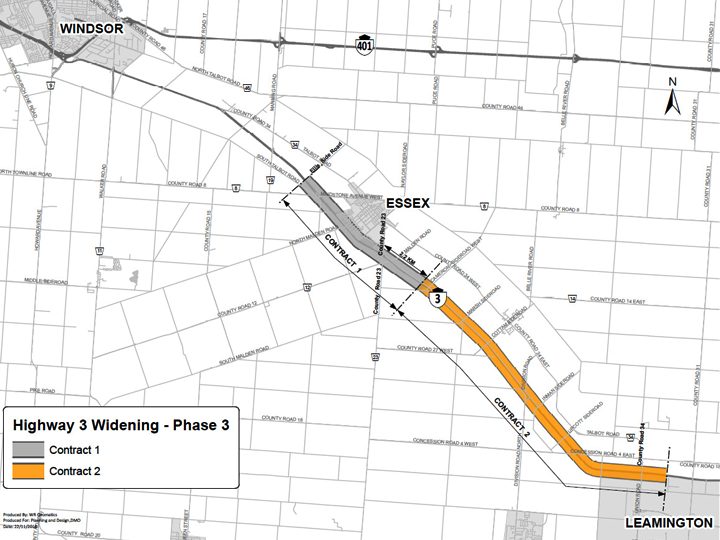 Infrastructure Ontario announced that the Request for Proposals (RFP) stage has closed for teams to submit their bids to design, build and finance the Highway 3 Widening Project – Essex to Leamington.

Following a fair, open, and transparent Request for Qualifications (RFQ) process, three teams were prequalified and invited to respond to a Request for Proposals (RFP) in December 2021. Two of the three teams – Erie Shores Infrastructure Partners and GIP Paving Inc. (formerly Coco Paving Inc.) – have submitted proposals by the deadline.

Over the next few months, submissions will be evaluated, and the outcome is expected to be announced in spring 2023. A fairness monitor is overseeing the entire procurement process.

IO in collaboration with MTO is leading the procurement of the Highway 3 Widening Project. The project is being delivered through IO’s design, build and finance (DBF) Public-Private Partnership (P3) model, which transfers appropriate risks associated with design, construction, and financing of the project to the private sector.

Features of the project:

RFPs issued for a design and development team to deliver Mississauga...