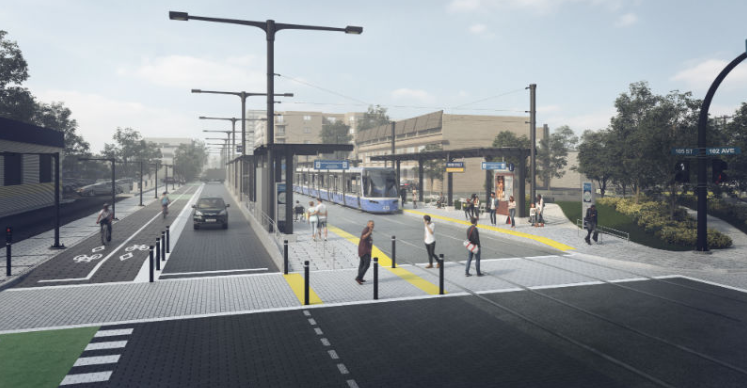 The Valley Line West LRT project consists of the second and next stage of the Valley Line construction. The project involves extending the line by approximately 14 kilometres from downtown Edmonton to the west-end community of Lewis Farms.

The Metro Line Northwest LRT Extension project is the first stage of an expansion of the Metro Line and involves extending the line by approximately 1.5 kilometres from the Northern Alberta Institute of Technology to the Blatchford development.

“These important extensions to Edmonton’s LRT network will provide residents in the western and northwestern communities with convenient access to the downtown core, all while improving the user experience, accommodating a growing ridership and making the transit system more accessible,” Champagne said.

Both projects will significantly improve Edmonton’s LRT system by extending service to new areas of the city, improving the rider experience, increasing accessibility, and laying the groundwork for future expansion and growth.

“Edmonton is one of Canada’s fastest growing cities, and we are planning and building our city with this growth in mind. We are undertaking the most ambitious expansion of our LRT network in our history so we can grow smart and sustainably and keep more than a million people moving.  Today’s announcement is a true representation of partnership between all levels of government, a partnership that is needed in order to continue to make valuable investments like these that will benefit the generations to come,” Iveson said.