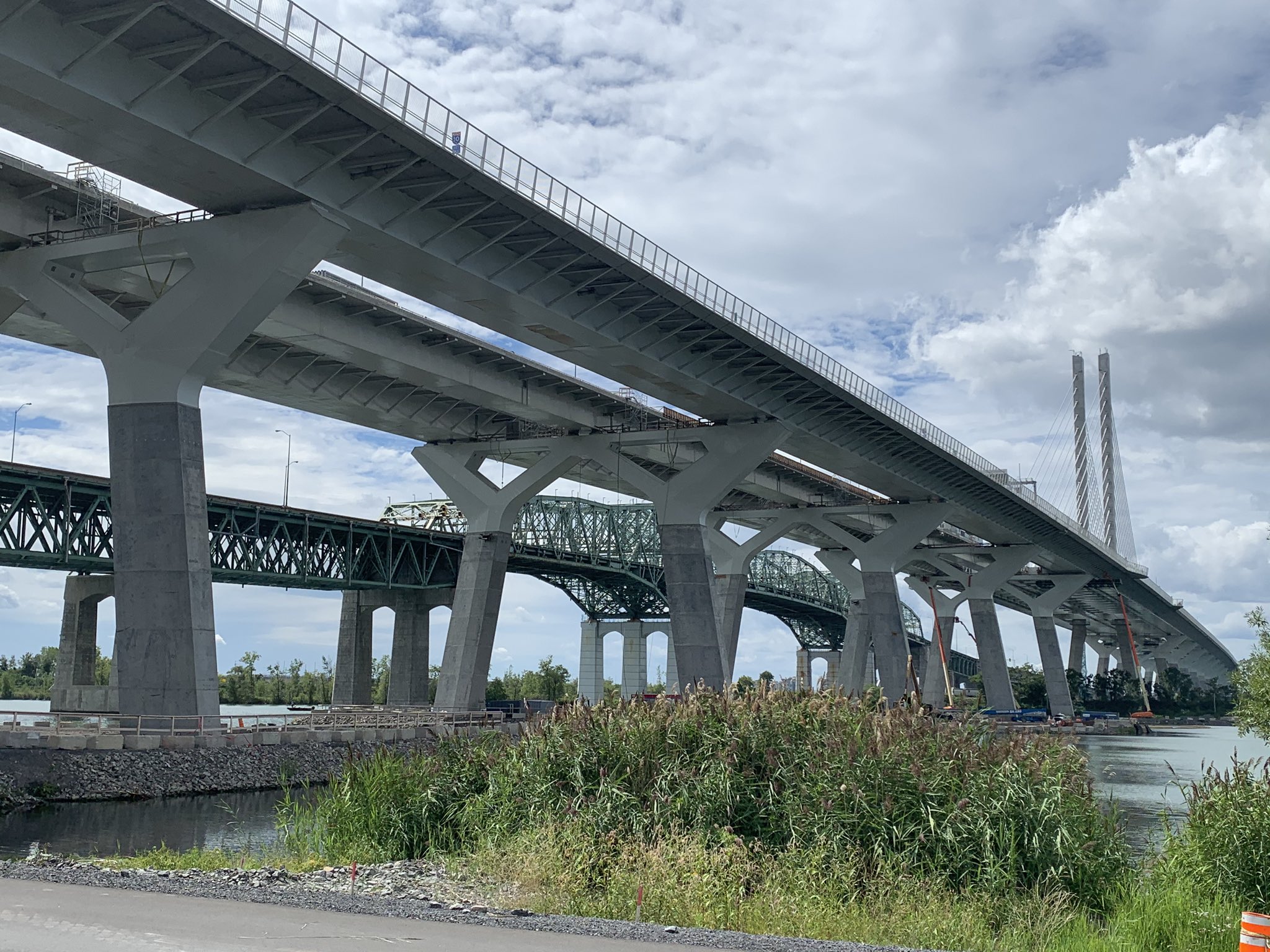 The Jacques Cartier and Champlain Bridges Incorporated (JCCBI) has released the overall timetable for the deconstruction of the original Champlain Bridge and the methods that Nouvel Horizon Saint-Laurent G.P. (NHSL) has chosen for the project.

“The Champlain Bridge deconstruction project will create jobs, allow for more access to the shoreline and maximize the reuse of materials from a bridge that was an iconic part of the Montreal landscape for almost sixty years,ʺ said Catherine McKenna, Minister of Infrastructure and Communities. “I’m happy that The Jacques Cartier and Champlain Bridges Incorporated and Nouvel Horizon Saint-Laurent are working together to ensure this project is carried out in a sustainable way that minimizes the impact on local communities and protects the environment for everyone’s benefit.”

The Champlain Bridge (also known as Pont Champlain) was a steel truss cantilever bridge with viaducts constructed of prestressed concrete beams. It crosses the Saint Lawrence River, connecting the Island of Montreal to its South Shore suburbs. Opened in 1962, the structure was degraded by de-icing salt. In 2015, construction began downstream on a replacement bridge designed to handle higher volumes of traffic. The replacement bridge opened on July 1, 2019, and the old Champlain Bridge was closed to traffic. 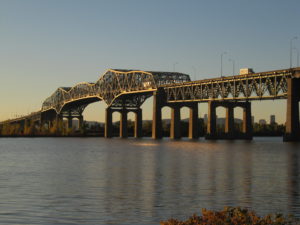 The deconstruction project of the bridge will consist of three methods:

“This ambitious deconstruction project poses enormous technical and environmental challenges. NHSL has begun working on Nuns’ Island, which is a successful first step. The methods chosen for work on the river are innovative and will minimize the impact on local residents,” said Sandra Martel, chief executive officer of JCCBI. “We ensure constant follow-up with NHSL to make sure that exemplary OHS measures are in place at the work site,” she added.

NHSL Project Director Fabrice Guédon is also pleased: “We are very proud to contribute to this major deconstruction project that is on a scale never before seen in Quebec while respecting the environment and communities. Our know-how, combined with JCCBI’s high standards, will help us apply sustainable approaches that we hope will inspire new deconstruction practices for future projects.”

To view a video about this project, click here: