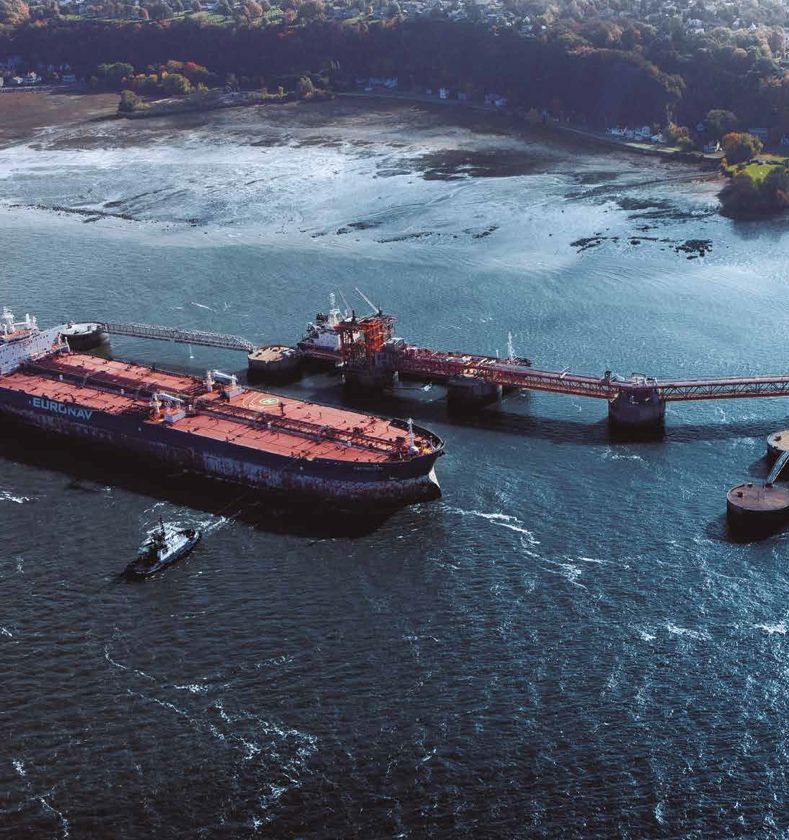 The Québec Port Authority (QPA) has announced that it has received the formal support of the Huron-Wendat Nation (the Nation), through its Grand Chief Konrad H. Sioui, for the Québec City container terminal project, Laurentia.

“The Huron-Wendat Nation is proud to be able to count on the QPA for listening and their acute sensitivities within the framework of this initiative,” said Grand Chief Sioui. “As mentioned in the letter addressed to Mr. Girard, we have offered our formal support for the Laurentia project. Our Huron-Wendat enterprises benefit from the activities of the Port of Québec, which is an essential service for our development and our economic aspirations while maintaining respect for our values.”

In a letter addressed to QPA President and CEO Mario Girard, and sent to the federal and provincial governments, the Nation highlights the essential scope of the Laurentia project proposed by the Port of Québec.

A harmonious and collaborative relationship

The Nation and the Port of Québec share a mutually beneficial and respectful relationship. As mentioned in the Nation’s letter of support, the Port of Québec is a gateway to international trade and allows Huron-Wendat enterprises to continue the distribution of their products worldwide. Support for the Laurentia project demonstrates the desire of the Port of Québec to reflect on, integrate the Nation’s knowledge, and to offer it an active and significant role. A framework agreement to formalize and guide the discussions was developed in 2016 and has since been improved following fruitful collaboration between the Nation and the QPA. The agreement was signed in 2018 by Girard and Grand Chief Sioui.

“It is with great pride that the QPA welcomes this support as a strong signal on the merits of this major project along the St. Lawrence,” said Girard. “It is a respectful and collaborative relationship that we have with the Huron-Wendat Nation, and it is one that testifies to the confidence that the Nation has in the Port of Québec. We are working hard to build a modern port, one that is open to the world, and which meets the needs and specific requirements of our community and our economy. I would like to warmly thank the Grand Chief, Konrad H. Sioui, for this valuable sign of confidence.”

In addition to becoming the most ecological and technologically advanced container terminal in North America, the Laurentia deep-water terminal project will position Québec as a hub thanks to the establishment of a new logistics chain that will allow regional businesses, as well as those in the North American mid-west, to be served. The Laurentia project will mark the entry of the Port of Québec into a new strategic network and world of maritime routes and ports offering containerized freight services. It will also allow businesses in Quebec and eastern Canada to benefit from major economic advantages, access new markets as well as a new global supply chain by containers. This new maritime route is intended to complement what is currently established in Canada and aims at increasing Canadian market shares that would otherwise be gained by American ports.

Thanks to a joint $775 million investment by Hutchison Ports, CN, and the Port of Québec, Laurentia will be home to the deepest container terminal on the St. Lawrence with the greenest environmental characteristics in North America. Through this partnership, CN and Hutchison Ports will provide an efficient and integrated service to shippers in the North American mid-west who are trading with the northern European, Mediterranean and Asian regions. It will provide the fastest and most cost-effective access to markets on the North American continent by opening a new maritime highway between Southeast Asia and the Port of Québec starting in 2024.

To learn more, watch the video between the Grand Chief of the Huron-Wendat Nation and the President-CEO of QPA here: https://bit.ly/laurentiaNHW-stf